We also work to increase support for policies that match the scale of the climate crisis, so that policymakers in the United States and around the world increasingly recognize winding down fossil fuel production and infrastructure as a cornerstone of climate leadership.

In early 2019, Oil Change International released Drilling Towards Disaster: Why U.S. Oil and Gas Expansion Is Incompatible with Climate Limits, which showed that the United States is on track for a truly unprecedented expansion of oil and gas production at precisely the time that we’re facing ever-worsening climate impacts and the science shows we have a closing window for action to stave off even worse effects.

With this specter of out-of-control fossil fuel expansion on the horizon, Oil Change International works to fight oil, gas, and coal infrastructure in the U.S., and push for government policies and regulations that will restrict fossil fuel infrastructure to bring our energy policy in line with what climate science demands.

With our data-driven, people powered approach, we work in solidarity with communities, movements, and other allies by developing impactful research on the oil and gas industry’s plans, and by waging hard-hitting campaigns to support on-the-ground fights to stop fossil fuel infrastructure.

We also engage in the halls of power to ensure discussions of climate policy include the critical need to stop industry expansion and keep fossil fuels in the ground. As the work to build out the Green New Deal continues, Oil Change International will be at the table ensuring policy-makers know that to be true climate leaders they must tackle the fossil fuel industry head-on and work to keep fossil fuels in the ground.

We’re supporting the resistance to fracking and gas infrastructure expansion with research and analysis on the true climate impact of gas. Oil Change has produced groundbreaking reports outlining unprecedented gas expansion in the United States, and numerous briefings on gas pipelines and other infrastructure projects in the Appalachian Basin, Oregon, and beyond.

Learn more about our work on gas ?

Oil Change is supporting the movement to keep fossil fuels in the ground by producing research and analysis that exposes the climate consequences of reckless industry expansion. We also work to support local fights against harmful oil and gas pipelines and other infrastructure driving industry expansion.

At Oil Change, we are driving a new wave of climate leadership. We support policies at local, state, and national levels to limit the expansion of fossil fuels through research, public education, and action. We work to ensure that any new climate policy includes real climate solutions – meaning critical supply-side measures like ending fossil fuel subsidies, opposing new infrastructure, and supporting a rapid and just phase-out of fossil fuel extraction. 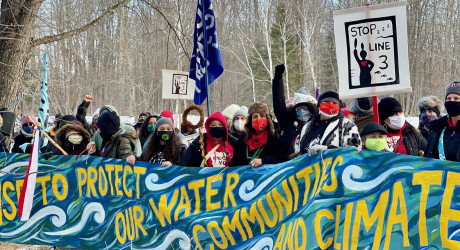 “We urge you and all federal leadership to stand firm against the Line 3 pipeline and act now to halt its construction. The pipeline’s construction is an urgent threat to the waters of Minnesota and Lake Superior, as well as to our global climate,” said the groups to Biden. 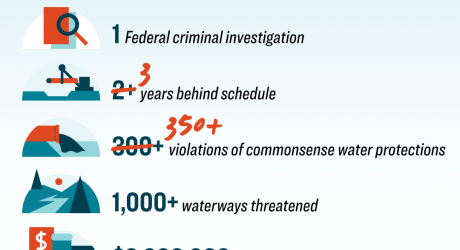 A group of environmental and financial organizations representing over 7,600,000 members and supporters announced the launch of the DivestMVP coalition to highlight the financial instability of the fracked gas Mountain Valley Pipeline. 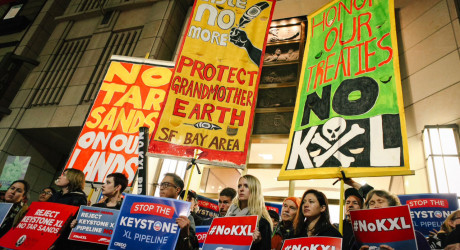 Native tribes and communities are counting on the President to use the same rationale he’s using to kill Keystone XL to stop all projects like it — including the Line 3 pipeline in Minnesota — and roll back the approval of the Dakota Access pipeline. 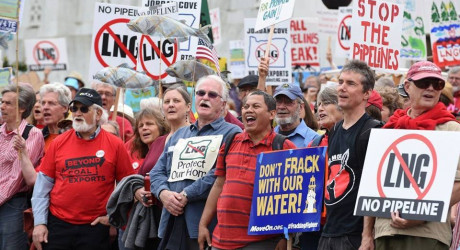 A new report by Oil Change International on the Mountain Valley Pipeline (MVP) reveals that banks have continued pouring money into the project over recent years, despite numerous warnings that the project has been financially unsustainable and a threat to the climate.

This analysis, an update to our 2017 report, reveals that the estimated cost of the Mountain Valley Pipeline has nearly doubled since 2017, increasing the potential project cost from USD 3.5 billion to between $6.3 and $6.5 billion.

Burning the Gas 'Bridge Fuel' Myth: Why Gas Is Not Clean, Cheap, or Necessary

This report unpacks and debunks the enduring myth that gas can form a bridge to a decarbonized future. As the global crisis intensifies while the production and consumption of gas soars, it is clearer than ever that gas is not a solution to the climate crisis.