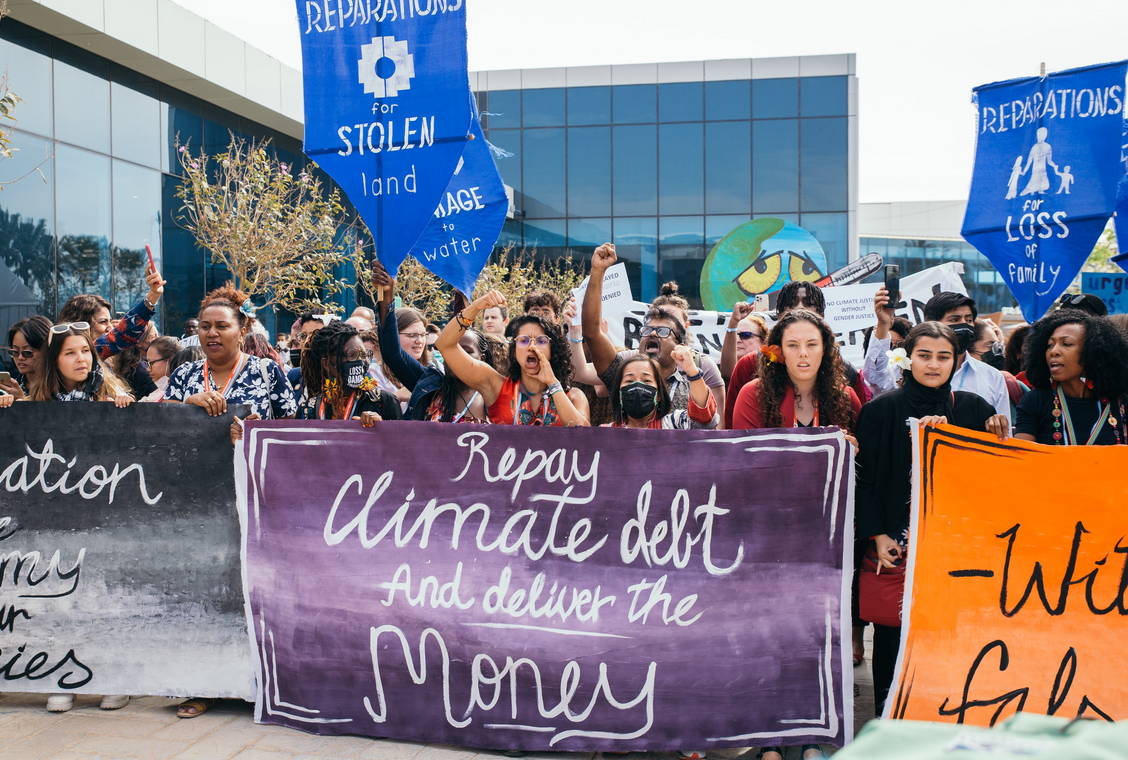 SHARM EL-SHEIKH, EGYPT — The COP27 climate talks were supposed to be an “implementation COP,” “commensurate with the challenge based on science,” but the two weeks of UN climate negotiations have been dominated by fossil fuel industry presence and have seen countries make no progress on collective commitments on fossil fuels.

Despite important progress on establishing a loss and damage fund, the COP has failed to acknowledge that a rapid and equitable phase-out of all fossil fuels — oil, gas, and coal — is the only chance at achieving climate targets, avoiding the worst of climate impacts, and avoiding fossil fuel lock-in and stranded assets.

Outside the official UNFCCC process, we continue to see real momentum from the grassroots, the movement, leaders, and governments stepping up through strong action and commitments.

In response to the conclusion of the COP27 climate talks, Oil Change International experts had the following responses:

“In a critical year, this COP made no progress towards the just and equitable phase-out of fossil fuels needed to avoid the worst impacts of climate change. Despite important progress on the establishment of a loss and damage fund, the final outcome reiterated unambitious language on fossil fuels that will lead to catastrophic consequences. Even with this disappointing outcome, we’re seeing growing momentum from individual governments making meaningful commitments to phase out fossil fuels through initiatives like the Beyond Oil and Gas Alliance and the Statement on International Public Support for the Clean Energy Transition.

“Most importantly, COP27 has showcased the growing power of the climate justice movement. Throughout these two weeks, civil society voices have demanded a phaseout of fossil fuels and called for rich countries to pay up for climate debt. Every day, we are seeing the power of communities resisting harmful oil, gas, and coal projects. We are seeing massive growth in the breadth and depth of the movement. With this people power, we will force an equitable end to fossil fuels and a just transition to clean energy.”

“At COP27, wealthy countries have again done everything possible to shirk their climate debts — delaying discussions on funding for loss and damage, offering tiny sums, and proposing convoluted, market-based schemes as alternatives. Countries have also failed to agree to an equitable wind-down of fossil fuels — the most basic first step in slowing the threat to our climate and protecting communities facing devastating projects that destroy land, water, and biodiversity. Through people power, Global South movements made climate reparations and a fossil fuel phase out front-and-center issues of COP27. We will not stop fighting until we achieve climate justice for Global South communities.”

“At this COP, some people turned up to negotiate for their futures, but oil and gas lobbyists turned up to negotiate for their wallets. The reality is that the only way to safely limit warming to 1.5ºC is to equitably phase out oil, gas, and coal. Instead, we are at risk of a major surge of new oil and gas production. New fields and shale wells approved from 2022-2025 could result in 70 Gigatonnes of additional climate pollution — and every single tonne of that would take us further beyond 1.5ºC, because burning just the oil and gas in already existing fields would exhaust our carbon budget for a 50% chance at 1.5ºC.

“Although this COP failed to call for an equitable phase out of oil, gas and coal, momentum is growing. A remarkable group of countries across numerous negotiating blocs spoke up together, urging the phase out of fossil fuels.”

“COP27’s key steps toward a loss and damage fund are deeply marred by the lack of progress on fossil fuels. Despite unprecedented discussion of equitably phasing out oil, gas, and coal, the end result was yet another COP without formal recognition that Big Oil is driving the climate crisis and harming communities.

“While it was welcome news to hear the United States call for a global phase-out of all fossil fuels, the truth is that the U.S. is planning to expand oil and gas production far more than any other country over the next few years. Positions taken at the climate talks can’t distract from the urgent need for major producers to begin a managed phase-out of oil and gas production. President Joe Biden must use his executive powers to block new fossil fuel projects and declare a climate emergency.”

“The science is clear: to protect lives, governments must put an immediate halt to investments in new oil, gas, and coal projects. Doing so frees up billions that are urgently needed for renewable energy, climate finance, and loss and damage support instead. At COP27 we did not see decisive action on this agenda, with Article 2.1(c) on aligning financial flows with a 1.5ºC future not even making it onto the negotiation agenda.

“But a growing number of countries are showing that they will no longer wait on the UNFCCC to take action. In Egypt, France, Finland, and Sweden were among countries that presented policies to end their international public finance for fossil fuels and live up to the commitment they made in Glasgow last year. Civil society built pressure on Germany, Italy, the United States, and Canada, which have yet to deliver on this pledge and show concerning signals of backsliding as they eye investments in new gas projects. By the end of this year, they must do their part to get on track to stay below 1.5°C, or lose any climate credibility they have left.”