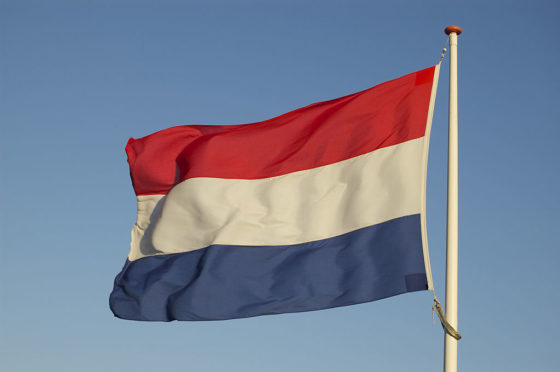 Today, a week before the international climate summit in Egypt, the Dutch Government has broken a major climate promise it made last year to end public financing for international fossil fuel projects.

International and Dutch NGOs argue that the new policy published by the Dutch Government on restricting finance for fossil fuels has such significant loopholes, that it essentially means The Netherlands has reneged on its promise.

At the UN COP26 climate summit in November 2021, 39 countries and financial institutions, including The Netherlands, signed the Glasgow Statement on International Public Support for the Clean Energy Transition, committing signatories to end their direct international public financing for fossil fuels by the end of 2022, except in exceptional circumstances, and fully prioritize their public finance for the clean energy transition. If all signatories follow through on their pledges with integrity, this will directly shift USD 28 billion a year from fossil fuels to clean energy and help shift even larger sums of public and private money away from investments in climate-harming fossil fuels.

The new policy ends ADSB support for fossil fuel exploration, production, transportation, storage, refining, distribution and power generation. However, it offers a transition period that allows continued support until the end of 2023 for project applications that have come in before the end of 2022, which is in breach of the agreed end of 2022 deadline for new support. The policy also contains exemptions for “energy security” as well as support to the fossil fuel services industry, ports and power generation in low-income countries with extreme levels of energy poverty. Environmental organisations and international observers say that with these wide and ill-defined exemptions in the policy, the Dutch Government has failed to keep its Glasgow promise, putting global climate goals at risk.

Last week, the International Energy Agency published its authoritative World Energy Outlook, which shows coal, oil and gas demand plateauing this decade, and confirms that no investments in new oil and gas fields nor in LNG (liquefied gas) infrastructure can be permitted if the world is to keep to the 1.5C goal of the Paris Agreement. The IEA is clear that investments in energy efficiency and renewable energy are the solution to the current energy crisis, not investments in new oil and gas. It also states, “No one should imagine that Russia’s invasion can justify a wave of new oil and gas infrastructure in a world that wants to reach net zero emissions by 2050.”

Unlike the Netherlands, the United Kingdom, Denmark, Sweden, Finland and France have almost completely ended their international support for fossil energy projects. These countries leave no room for exceptions for investments in new gas fields or liquefied natural gas (LNG) infrastructure, showing that pursuing energy security goals can go hand in hand with efforts to end fossil fuel finance. In addition, the French and Swedish development banks completely exclude gas plants from financing.

With the policy released today, environmental organizations say The Netherlands joins a group of laggards who prefer fossil support to a livable future. The environmental organizations are calling on Prime Minister Rutte and Members of Parliament to ensure that the Netherlands still keeps its promise and completely stops supporting fossil projects abroad.

Laurie van der Burg, Co-lead Global Public Finance at Oil Change International:
“This is a huge disappointment. With less than a week until the climate summit in Egypt, Prime Minister Rutte today prioritizes the interests of the fossil fuel industry over a livable future. The science is crystal clear that new investments in fossil energy are incompatible with the goal of staying below 1.5°C warming. The solution to the current energy crisis and the climate crisis are one and the same: a faster transition to cheap, clean and reliable renewable energy.”

Niels Hazekamp, Senior Policy Advisor, Both ENDS:
“Climate change is a reality. The floods in Pakistan have already killed a thousand people and caused billions in damage. Through its export support for oil and gas, the Netherlands has contributed to worsening climate change and environmental pollution for decades. The Netherlands had agreed to stop this. The current policy does not. Prime Minister Rutte’s COP26 call for ‘action-action-action’ turns out to be three empty words if this is not remedied.”

Samuel Okulony, Environment Governance Institute, Uganda
“The evidence across Africa is clear, no country has managed to develop using fossil fuels. The oil states scattered across the continent are no wealthier, more democratic, or more peaceful than they were without oil. Some are worse off while many have been scarred by decades of civil wars, environmental degradation, grand-astronomic corruption, community conflicts and poor quality of life for the citizens. It’s also clear that Climate Change is real and seriously affecting our people, and action must be taken. Africa has an unprecedented opportunity to become a global leader in the Just Energy Transition to clean energy, the energy that will guarantee our future and bring sustainable economic development. I appeal to you to be our advocate for a meaningful switch to clean energy in Africa and the world over.”

Kenneth Nana Amoateng, Executive Director at AbibiNsroma Foundation, Ghana:
“Local evidence and science is clear, ending international public finance for fossil fuels and shifting investments into renewable energy that prioritize workers is the way to go. Oil and gas projects have negative impacts on the livelihoods of communities. They resist further expansion of gas. Redirecting huge investments of public finance to renewable energy technologies will support communities to have clean, affordable and modern energy which will ensure energy justice, protect human rights and support sustainable livelihoods.”

Charity Migwi, Africa Regional Campaigner, 350 Africa:
“Getting public finance out of fossil fuels is an urgent task. It’s time for the Dutch parliament to make the right call to ensure available resources are spent on building a clean and sustainable energy future. This is a historic moment to drive real, transformative change. The Netherlands needs to stick to its promise to cut down all fossil fuel finance and instead provide climate finance to help countries in Africa leapfrog to a renewable energy future. By doing this it will send a strong political signal to other governments to uphold their commitment too.”

Isabelle Geuskens, Senior Policy Advisor, Milieudefensie/ Friends of the Earth NL:
This policy is disappointing. Where other countries come up with ambitious policies, the Netherlands mainly shows ambition in terms of finding loopholes to continue with fossil support. This shows the Netherlands is not a climate leader, but an old-fashioned merchant who puts short-term corporate interests above a liveable planet and the lives of vulnerable people. Especially people in the global south are going to pay the bill for this. The high standard that other Glasgow signatories do dare to set has been pulled down by the Netherlands. This needs to be corrected immediately, to ensure a sustainable and green future for everyone¨

Anabela Lemos, Director JA!/ Friends of the Earth Mozambique:
¨This Dutch policy with all its exceptions not only undermines the Glasgow commitment; it puts countries like Mozambique at risk of further fossil exploitation, under the guise of ¨development¨. We know as no other what that looks like: thousands of people have lost their lives and homes, 1 million have become refugees, and many locals have no income thanks to the gas project the Dutch ECA decided to support in 2021. Fossil development only benefits the rich and goes at the expense of the poor and the planet, who end up bearing the brunt of human rights abuses, pollution and climate change. This policy could have put an end to this, but rather it opens the door for more exploitation of Southern peoples´ lands and lives, for the benefit of Dutch companies´ profits. The Dutch state clearly puts profit over people and planet, despite its green rhetoric¨