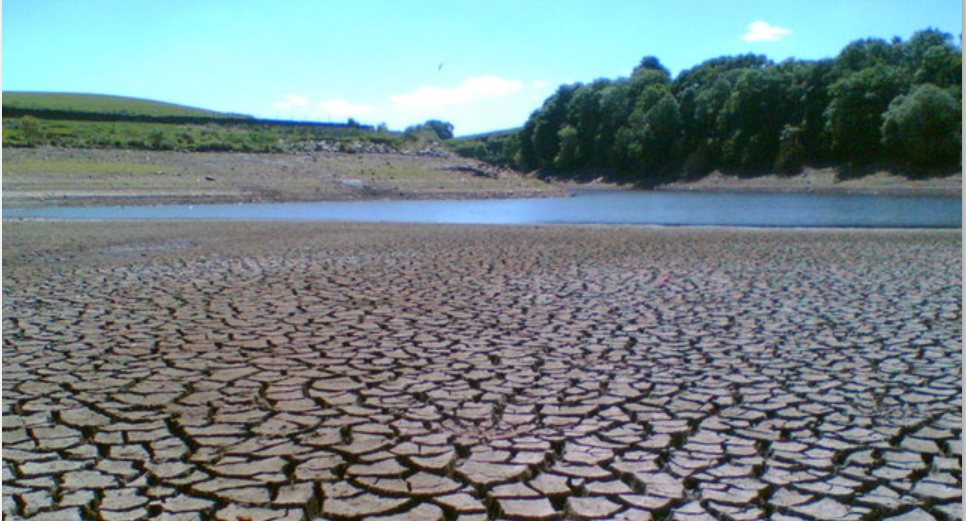 Europe is gripped by its baking temperatures and its worst drought for 500 years. Iconic rivers, such as the Rhine, the Po, and Danube, the lifeblood of countries’ economies, are reduced in some places to a mere trickle.

Tens of millions of Europeans are facing water shortages or some kind of water restrictions.

Lack of water is not the only problem. Across the continent, an area the equivalent to one-fifth of Belgium has been ravaged by wildfires, too. It is set to be a record year for drought, fire, and flames. And things are going to get worse. The European Commission warned this week that drought conditions could soon intensify and affect nearly half the continent.

For tens of millions in Europe, what was once unimaginable has become the new normal. The dire consequences of climate change that scientists have been warning about for decades, have tragically come true.

Europe is not alone. In Africa, too, the drought is raging, with the worst conditions for 40 years in the Horn of Africa.

In China, the unrelenting heat smashed eighty-eight records yesterday. Our world is literally baking and dying.

As bad as things may be now, if we do not act, then our climate emergency is going to get much worse. By mid-century, nearly two-thirds of Americans will experience perilous heat waves, according to new research, with some regions in the Southern U.S. to endure over 70 consecutive days over baking 100 degree heat.

And still even now Big Oil is in denial. Despite our climate emergency, Big Oil’s decarbonization efforts are still setting us on a path to further climate chaos. The oil majors are still not taking climate change seriously.

Earlier in the year, OCI and other civil society groups published an updated assessment of Big Oil’s climate plans. The research found that the climate promises of the major U.S. and European oil and gas companies continue to fail to meet the bare minimum for alignment with the Paris Agreement.

And now a peer reviewed paper, published today in Nature Communications examines the global decarbonization scenarios produced by BP, Shell, and Equinor, and reveals they are all incompatible with the climate objectives of the Paris Agreement, too. The scenarios are what the oil majors plan their investment decisions on.

Leading experts from Climate Analytics analyzed six institutional scenarios published between 2020 and mid-2021, including four from the oil majors and two developed by the world’s energy watchdog, the International Energy Agency.

And to no surprise, they found that the oil majors’ global climate scenarios were not compatible with the Paris Agreement’s goals of limiting warming to 1.5 degrees.

Only the IEA’s so called “Net Zero 2050” scenario was aligned with the criteria for the Paris Agreement. None of the oil companies were compatible. Dr Robert Brecha, co-lead author of the study, said, “Most of the scenarios we evaluated would be classified as inconsistent with the Paris Agreement as they fail to limit warming to well below 2°C, let alone 1.5°C, and would exceed the 1.5°C warming limit by a significant margin.”

So despite our climate emergency, Big Oil continues to lead us on a path of climate catastrophe.

Bill Hare, the CEO and Senior Scientist at Climate Analytics and author on the paper, added: “Fossil fuel companies claim that we can continue to burn oil and gas while keeping to the 1.5°C warming limit, and they cite their own scenarios as justification. But our research shows that their pathways would bust the Paris Agreement. Even temporarily exceeding the 1.5°C warming would lead to catastrophic impacts and severely weaken our ability to adapt to climate change.”