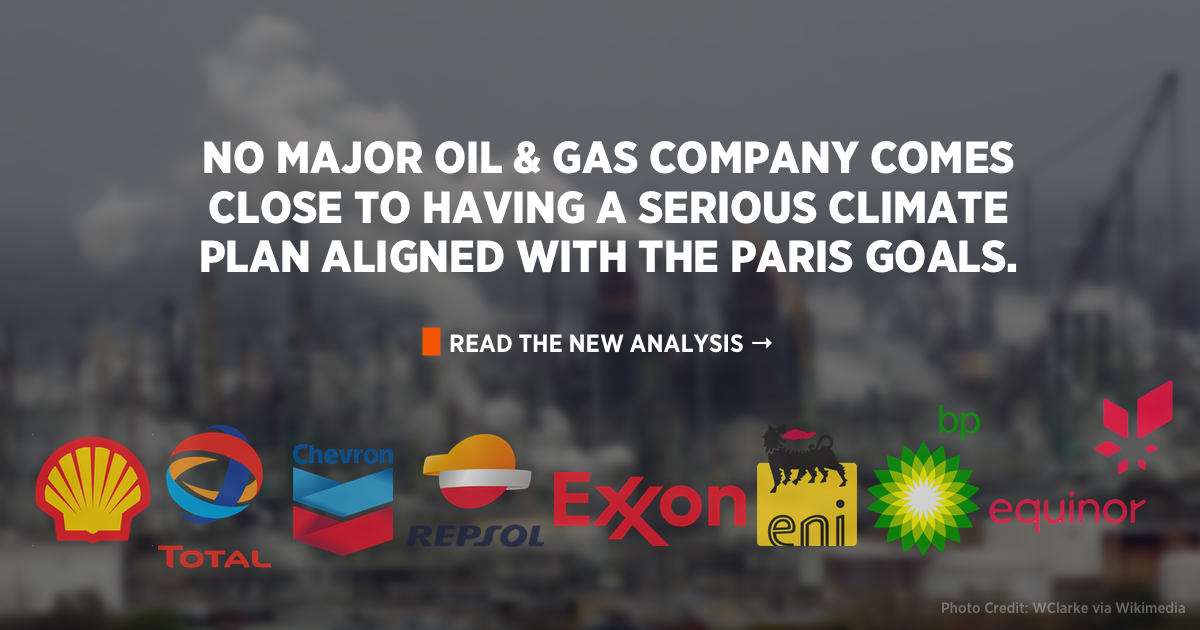 Never before has the case for keeping oil, fossil gas, and coal in the ground been stronger. And despite an array of new ‘net zero’ pledges released in the past two years, the climate promises of major U.S. and European oil and gas companies still fail to meet the bare minimum for alignment with the Paris Agreement.

This report, titled “Big Oil Reality Check,” is an update from an inaugural 2020 study which analyzed the latest climate pledges of BP, Chevron, Eni, Equinor, ExxonMobil, Repsol, Shell, and TotalEnergies against 10 minimum benchmarks for alignment with the 1.5°C temperature goal outlined in the Paris Agreement. We reveal that these eight oil and gas companies alone are involved in over 200 expansion projects on track for approval from 2022 through 2025 — equivalent to the lifetime emissions of 77 new coal power plants. 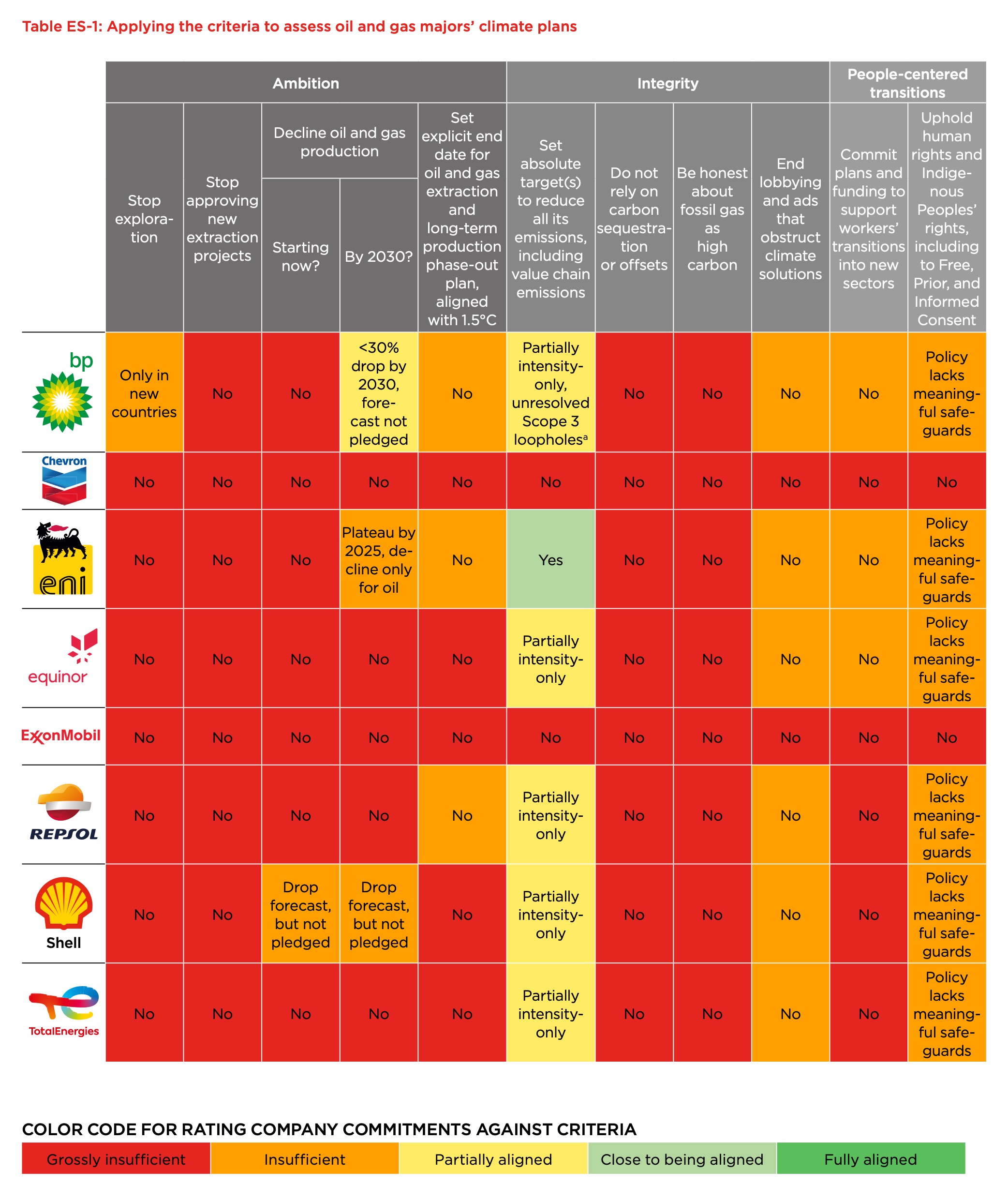 Ultimately, no major oil and gas company considered in this analysis comes anywhere close to the bare minimum for alignment with the Paris Agreement. The companies that have collectively done the most to fuel the climate crisis cannot be trusted to confront it meaningfully. Both public- and private-sector decision-makers must take action both to destroy the demand for fossil fuels and to choke off their production. Governments and the financial sector each have key roles to play.