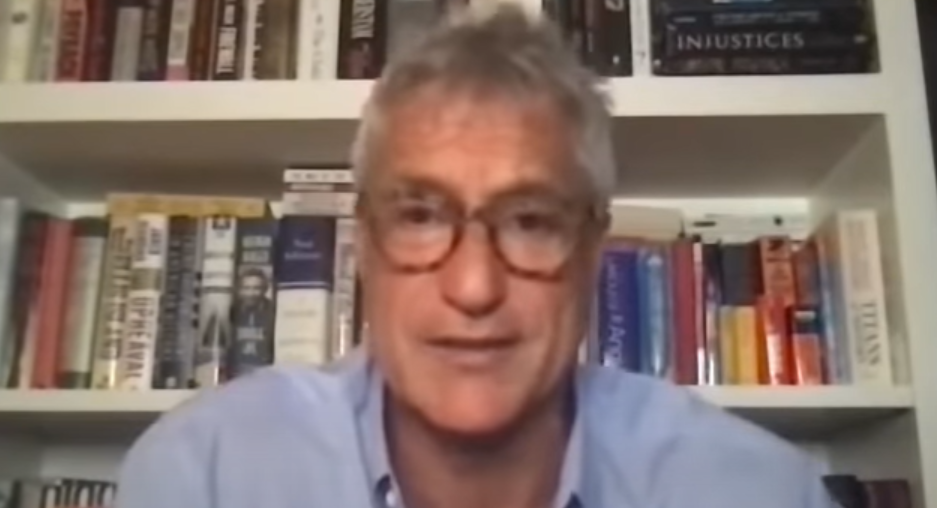 When the definitive history of the oil industry is written there will be dozens of frontline communities whose stories should be told in full.

Some have endured decades of pollution and atrocities committed by the industry on their doorstep.

Adding insult to injury, they have spent decades fighting for justice too. And despite their collective trauma caused in part by endemic, routine pollution, justice remains denied. The injustice still burns bright, decades later.

For anyone writing the industry’s toxic history, two frontline communities – one in Africa and one in Latin America – immediately spring to mind. The Ogoni and the people of the Niger Delta are one, and so are the Indigenous communities of the Amazon, especially in Ecuador.

I have often written about the Ogoni in Nigeria on this blog and elsewhere. But the battle of the indigenous communities in Ecuador is similarly important. And once again it is a David versus Goliath struggle.

From the mid-sixties to early nineties, oil giant Texaco operated in Ecuador, operating some 16 oil fields and 300 wells. The company left what can only be described as a trail of devastation, operating in the region with no environmental controls or checks. It was ecological anarchy. The company has been accused of “knowingly and willfully polluting” during this period.

As locals raised the alarm, others began to document the environmental destruction. It is now over 30 years since Judy Kimmerling wrote the authoritative book, Amazon Crude, with the Natural Resources Defense Council.  She told how the first barrel of oil was paraded through the streets of the Ecuadorian capital, Quito.

But with oil there is always a dirty downside. The book documented the deeply damaging impact that Texaco’s oil operations had on the people and the environment of the Amazon, including highlighting the double standards of the operations. Amazon Crude contained graphic pictures of leaking oil pits and rampant flaring. Some sixteen billion tonnes of toxic waste in total was left behind, according to some estimates.

As Greenpeace has reported on the waste pits: “the contamination contained illegal levels of barium, cadmium, copper, mercury, lead, and other metals that can damage the immune and reproductive systems and cause cancer. Children were born with birth defects.”

But as the New Yorker has reported: “Chevron freely admits that large sludge pits still dot the Amazon, but denies that it has a legal obligation to clean up more of them.”

My copy of Amazon Crude is showing its age now, the yellow highlights in the text beginning to fade after thirty years. What outraged me then, outrages me now. There is a comment from one leader from the town of Lago Agrio, which is still highlighted. “Texaco will give us shorts with their emblems, but they won’t spend a sucre to prevent contamination or to protect our health. These petroleum companies poison our lands, kill our livestock and domestic foul and contaminate our sources of water. Little by little they are leading us to a death that is certain.”

Another person interviewed said simply: “Texaco was our Professor. They taught us to produce and pollute. They never taught us how to clean up the mess.”

A year after Amazon Crude was published, Texaco pulled out of the Ecuadorian Amazon. The fight to hold the company accountable continues to this day. Just like the Ogoni in Nigeria, this is a multi-generational struggle.

But as the struggle continues, so does the pollution. At the end of last month, NBC News showed footage of a ruptured pipeline pouring crude into the Amazon. “This is the exact reason why we oppose oil extraction,” said Andres Tapia of the Confederation of Indigenous Nationalities of the Ecuadorian Amazon, the parent organization of CONAIE.

Tapia continued: “Spills have become a part of our daily life, and we live with the contamination for decades. The oil industry has only brought us death and destruction.  … We are calling on the government to halt oil expansion plans and properly clean up this spill and all the others that continue to contaminate our territories and violate our rights.”

In a statement, Kevin Koenig, from Amazon Watch said: “This latest spill shows once again that Ecuador’s oil infrastructure is built to spill. Despite promises to use state of the art technology and alleged commitments to environmental responsibility, Ecuador is averaging two oil spills per week … Government plans to double production and expand extraction deeper into the Amazon will only lead to more of the same.”

And embedded into the story of the struggle against Big Oil in Ecuador is the American lawyer: Steven Donziger. His story adds another layer of torrid injustice in the fight to hold Big Oil accountable. His story needs to be told.

Just after Amazon Crude was published, Donziger started working with the Indigenous communities and farming communities in Ecuador in trying to hold Texaco to account.

Where pollution is rampant, cancer often follows. Indeed, as an in-depth article in Esquire Magazine has outlined, the region has now been dubbed the “Amazon Chernobyl.”

Donziger first filed suit in New York in 1993 in an historic court case on behalf of 30,000 plaintiffs, but Texaco successfully lobbied to get the legal proceedings moved to Ecuador.

Finally, in 2011, the team of Ecuadorian lawyers working with Donziger won the case. Chevron, which took over Texaco in 2000, was ordered to pay a staggering $9.8 billion in damages.

At the time, Donziger said “This trial is historic. This is the first time that a small developing country has had power over a multinational American company.”

But instead of accepting the court’s decision and paying up, the oil giant vowed to fight the charges, despite the overwhelming evidence of pollution, contamination and disease. “Chevron said they are going to appeal the decision,” said Paul Paz y Miño, managing director of Amazon Watch at the time. “They’ve said they’ll fight it till hell freezes over.”

And fight it they did. Chevron, has spent some $2B USD fighting the judgment. Leaked documents reveal that the company’s PR strategy was to demonize Donziger. To crush anyone who dared to take on Big Oil.

Chevron counter sued under a provision of the Racketeering Influenced and Corrupt Organizations (RICO) Act, which was designed to target international criminals. And this is where American justice makes no sense. A complete mockery. The hearing was overseen by a certain Judge, Lewis A. Kaplan, who is a former corporate lawyer whose clients have included tobacco companies.

Kaplan unilaterally decided there had been fraud in the initial legal case, based on the testimony of a paid witness who later admitted lying to Chevron.

Nevertheless, the judge ordered Donziger to pay millions in attorney fees to Chevron. Moreover, Kaplan ordered the lawyer to break the unbreakable rule and hand over his phone and computer which would have breached client confidentiality rules.

When Donziger, rightly refused to hand over the devices he was hit with a contempt of court order. Kaplan then ordered a private law firm, which has oil and gas clients including Chevon, to prosecute Donziger. So in August 2019, Donziger was put under house arrest for his contempt of court.

While under house arrest in 2020, twenty-nine Nobel laureates described the actions taken by Chevron against Donziger as “judicial harassment and defamation.”

Nobel peace prize winner Jody Williams said at the time that Chevron wants “to use all of the PR firms, all of the billions of dollars they have spent on harassing Steven Donziger and his family, to show environmentalists, to show activists all over the world that you cannot go up against corporations, you cannot defend what you believe to be true and right. Those of us who have signed this statement do not accept that.”

Other campaigners labelled Chevron’s actions as a cynical SLAPP suite (Strategic Lawsuit Against Public Participation), something I explored years ago in the book Green Backlash.

Nearly two years later, with Donziger imprisoned in his apartment, he was found guilty and sentenced to six months in jail. Donziger’s lawyer called the sentence “outrageous,” and said his client would appeal.

In December last year, Donziger was furloughed from detention after 45 days. He is currently serving the rest of his six-month sentence under house arrest.

Then last month, 68 Nobel laureates, and 11 Congresspersons demanded an end to his prosecution.

Amnesty, 68 Nobel laureates, and 11 Congresspersons are demanding an end to my illegal Chevron-financed private prosecution. Attorney General Garland has done nothing.

And earlier this month, Donziger asked the U.S. Supreme Court on Friday to review a lower-court ruling that also disbarred him from practicing as a lawyer in New York.

Speaking to Esquire Magazine, in a lengthy interview, Donziger says: “I’ve been targeted with probably the most vicious corporate counterattack in American history involving dozens of law firms, 2,000 lawyers, probably a billion-plus dollars in professional fees. All with the express purpose by Chevron to demonize me, rather than pay the Ecuador judgment that the company owes to the Indigenous peoples of the Amazon.”

“They want to destroy the very idea that Indigenous peoples in the Amazon can connect with people with means in New York and London and Toronto and other cities to hold an oil company accountable. They’re not used to that. So one of the things they’re trying to do is destroy the economic model behind the case,” said Donziger.

But there is something much more sinister going on too. In an interview with the Intercept, Donziger said simply: “They are trying to totally destroy me.”

And so it continues. At the end of last week, Donziger was ordered to a new detention centre:

URGENT: With no notice or warning, 3 days ago Steven was ordered to leave home and be locked up in a halfway house just after his ankle monitor was removed. His lawyers believe this is retaliatory and are working to return Steven to his family. More soon.

As Erin Bockovich pointed out in the Guardian last week, “since this litigation started in 1993, Chevron has not paid a cent or performed any cleanup. So far the only people who have paid for Chevron’s alleged behavior are Donziger and those affected by the contamination – the poor and indigenous Ecuadorians who continue to live every day with the pollution’s effects.”

On Tuesday, February 15, Amnesty International is holding a talk with Donziger, who has now spent over 900 days under house arrest or detention fighting for environmental justice. You can register for the event here.