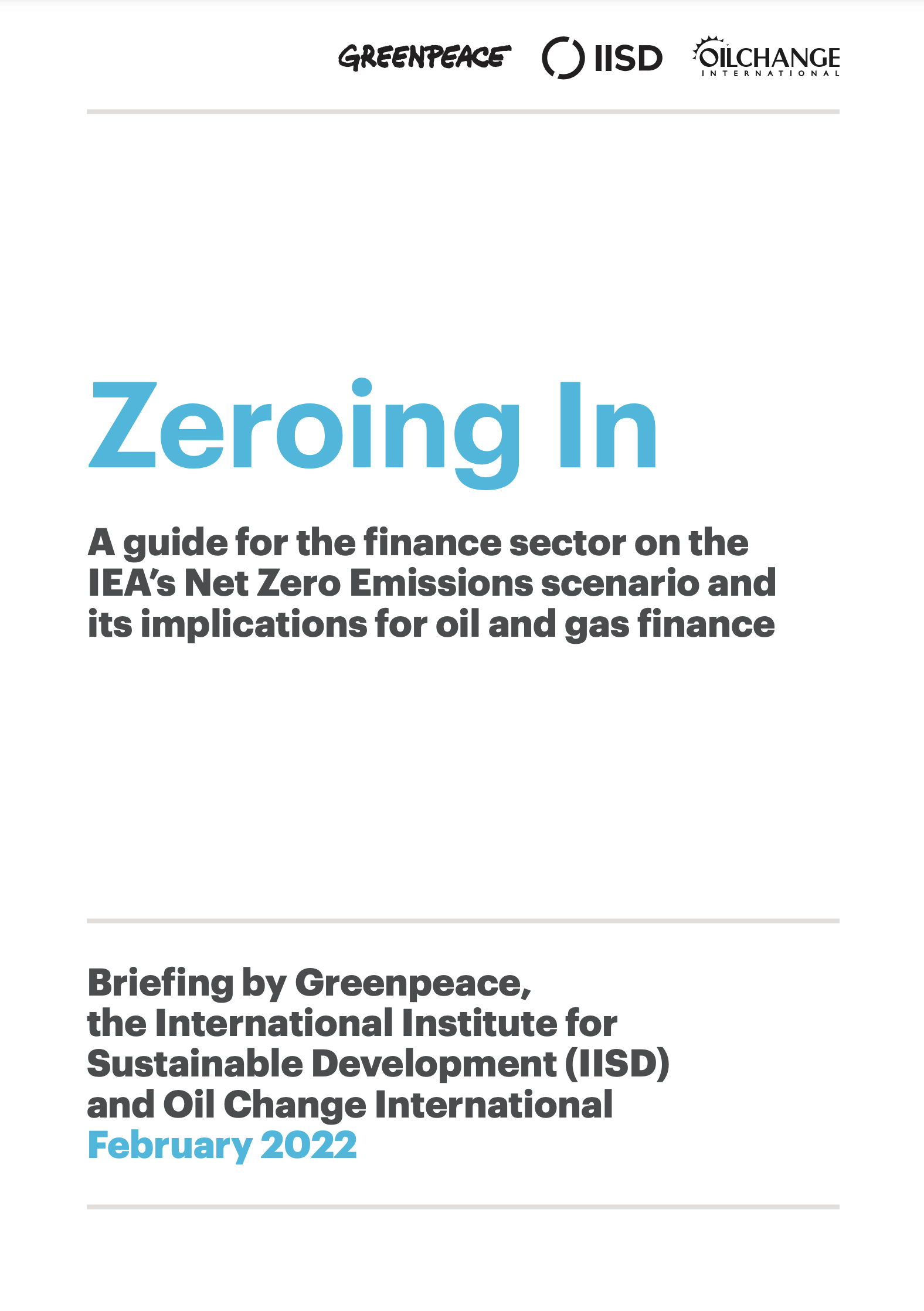 The International Energy Agency’s new Net-Zero Emissions by 2050 scenario, published in May 2021 and incorporated in the World Energy Outlook, sparked wide debate on the future of oil and gas.

It made headlines with the finding that oil and gas in already-producing or under-development fields will be sufficient to meet demand in a world that limits warming to 1.5ºC. There is no need for any new oil or gas fields to be developed after 2021.

This briefing aims to give financial institutions an overview of the new scenario and what it means for corporate, investor and lender capital allocation decisions and engagement, especially in oil and gas.

Until publication of the NZE, the IEA’s previous climate scenario, known as the Sustainable Development Scenario (SDS), was designed to align with the upper limit of the Paris goals: keeping warming well below 2°C. The emissions trajectory of the SDS does not match what is needed to meet the 1.5°C ambition, but the NZE’s does (with a 50% probability of limiting warming to 1.5°C). That is not to say that the NZE is without flaws – like the SDS, it relies on some questionable assumptions (on which more below) – but rather that its ambition is correctly aligned.