Last year the world’s leading climate scientists, the Intergovernmental Panel on Climate Change, issued a “code red” for humanity and outlined how we had to stop oil and gas drilling if we wanted a livable future.

Also last year, the world’s energy watchdog, the International Energy Agency (IEA) finally acknowledged that to limit warming to 1.5 degrees Celsius (ºC), we must cease all new investment in the expansion of oil, gas, and coal supply beyond that already committed now.

But still we drill. Take three countries who like to see themselves as climate leaders. First, the United States. At the UN climate conference at COP26 in Glasgow, U.S. President Joe Biden beat the drum for urgent action. “The science is clear: We only have a brief window left before us to raise our ambitions and to raise — to meet the task that’s rapidly narrowing,” said the President.

He added: “This is a decisive decade in which we have an opportunity to prove ourselves. We can keep the goal of limiting global warming to just 1.5 degrees Celsius within our reach if we come together, if we commit to doing our part of each of our nations with determination and with ambition.”

Second, Canada. Biden’s North American counterpart, Canadian Prime Minister Justin Trudeau, added that “the science is clear: we must do more, and faster. So that’s the pledge and the call I bring to this historic meeting.”

Third, Norway. The Norwegian Prime Minister Jonas Gahr Støre reiterated the need for drastic action at COP26, telling delegates, “this is existential. It is urgent. And it is possible – if we jointly step up our commitments.”

That was last year. This is a new year, and instead of new commitments to double down on climate action, what do we see?

The website Counterpunch reports that “in case you were thinking that the federal government under President Joe Biden was addressing the climate crisis by reducing oil drilling and dependence on fossil fuels in the U.S. at this time, I have some alarming news for you.”

According to Counterpunch, “The U.S. Energy Information Administration (EIA) forecasts that U.S. oil production will average 12.4 million barrels per day during 2023, surpassing the record high for domestic crude oil production set in 2019 under Trump.” The U.S. has more oil and gas extraction expansion planned in the next decade than any other country, and a December analysis by Public Citizen found that Joe Biden is approving oil and gas drilling permits on public lands at a faster rate than former President Donald Trump, a noted climate denier and proponent of fossil fuel expansion.

NEW REPORT: Biden is approving oil & gas drilling permits on public lands *at a higher rate than Trump did* during his first 3 years in office.

This is despite Biden’s promise to push for “no more drilling on federal lands” because of climate change. https://t.co/QYou7Ai9Tt

Moving further north, Justin Trudeau is also a climate hypocrite. A recent article in the Wall Street Journal covered Canada’s heavily polluting tar sands in Alberta. The article was entitled “one of the world’s dirtiest oil patches is pumping more than ever.”

The paper added that although some multinational producers and investors may have exited the tar sands due to climate concerns and activist investor pressure, local companies had stepped in to take up the slack. “We will continue to see growth,” said the paper.

And as OCI’s Bronwen Tucker recently pointed out in relation to the ongoing struggle to stop the Coastal GasLink pipeline, Canada’s fracked gas expansion plans in northern Alberta and northern British Columbia are massive (second only to the U.S.) but largely flying under the radar: 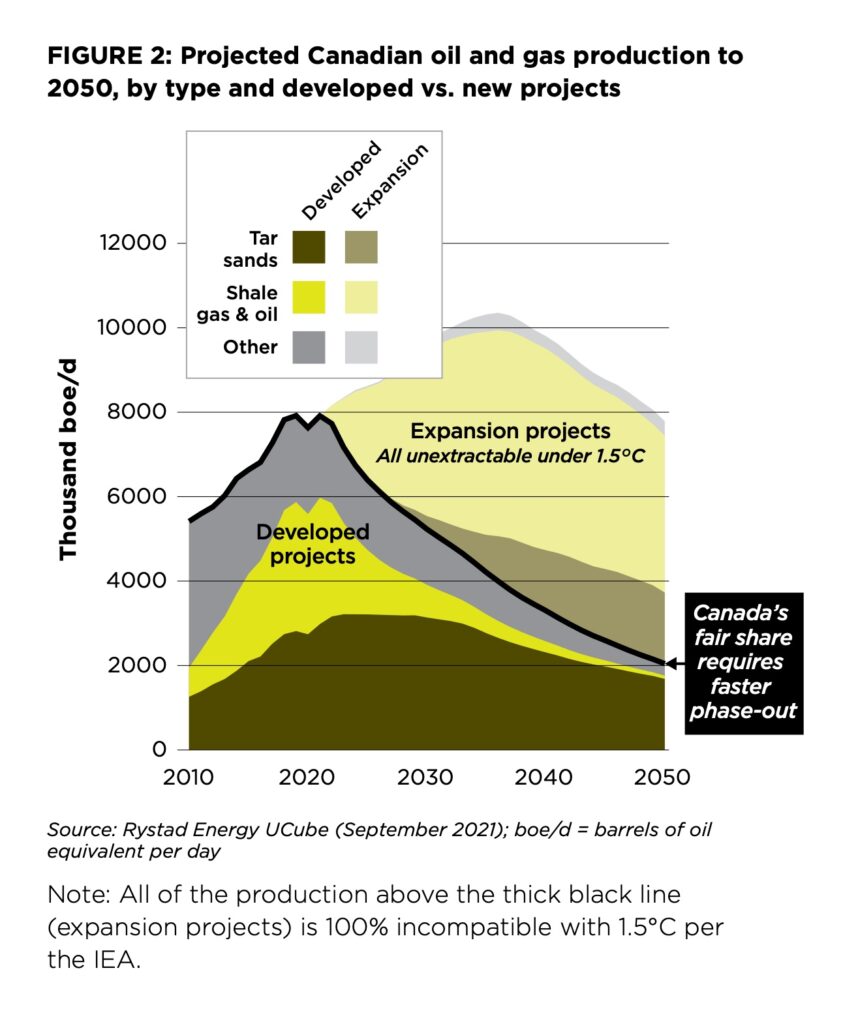 I feel like a hugely ignored part of #WetsuwetenStrong is just how LARGE Canada’s plans for fracked gas expansion are. Bigger than for the tar sands. CGL is truly massive, and it’s a linchpin for many other megaproject plans in the works.

Trudeau’s government is also under pressure to stop subsidies and public finance for fossil fuels, which it gives to the tune of about CAD $18 billion a year.

Meanwhile, Norway, another country that is positioning itself as a climate leader, has just announced 53 new oil and gas licenses “supporting the country’s continued role as Western Europe’s largest hydrocarbon producer,” according to one oil industry publication, which adds “the offers provide reassurance on Norway’s commitment to maximizing petroleum extraction.”

The licenses are not only in the North Sea, but also further north in the Norwegian and Barents Seas, which are ecologically sensitive too.

It's the first time his government hands out new oil licenses, and it's the first license awarding in Norway since the UN announced code red for humanity.#DontLookUp pic.twitter.com/oj6wy8CLB7