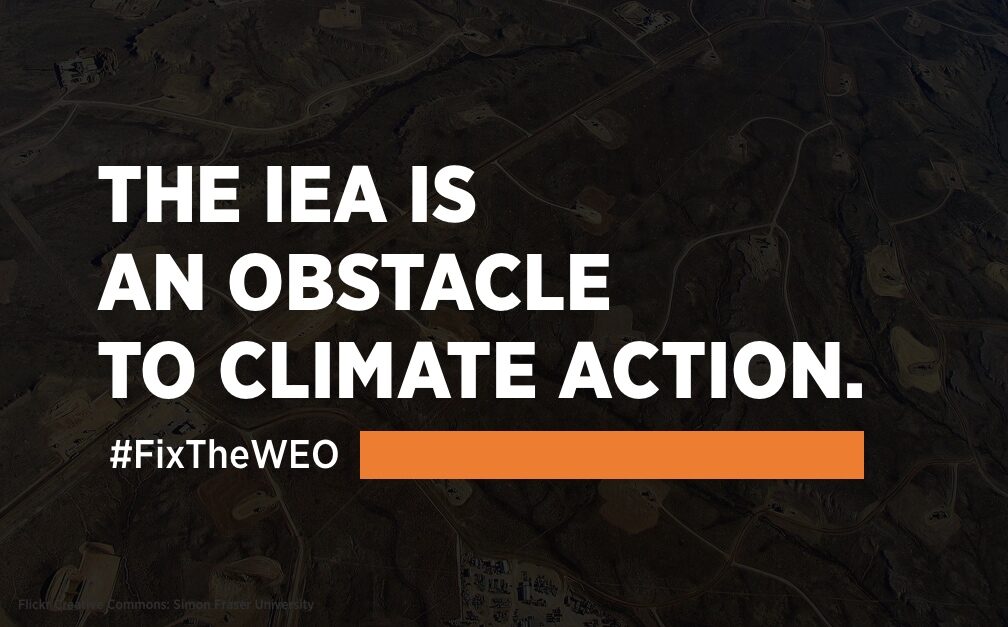 In case you missed it, yesterday the International Energy Agency (IEA) released its hallmark report, World Energy Outlook (WEO) 2019. This highly-influential energy modelling report has long been used to inform energy policy, investment and infrastructure decisions around the world. We were hoping this report would provide a credible and robust pathway to realizing global climate goals of limiting warming to 1.5 degrees Celsius (°C).

However, what we saw in WEO 2019 was some minor tweaks when we need major strides. For a technical analysis on WEO 2019, read my colleague Kelly Trout’s excellent post on the details of the new report.

If the resultant press coverage and social media traffic was any indication, there are growing concerns over the inadequacy of the WEO. The Financial Times, Reuters, the Associated Press, and Bloomberg, Climate Home News (twice) and Carbon Brief, among many others, covered WEO 2019 and included commentary critical of the IEA. Here are a few choice quotes: 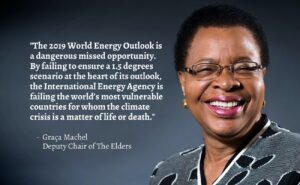 From many corners of the twittersphere rose concerns about the adequacy of the IEA’s climate ambition and it’s laughable track record of massively underestimating growth in renewable energy. Climate scientists Michael Mann and Katharine Hayhoe joined in along with Harvard history professor Naomi Oreskes, clean energy entrepreneur Assaad Razzouk, and Graça Machel, Deputy Chair of The Elders.

Speaking of fossil fuel interests, not surprisingly, the American Gas Association, the American Petroleum Institute, the Australian oil and gas association, and the Trans Adriatic Pipeline company were all highly supportive of this year’s IEA report. Last year, WEO 2018’s Sustainable Development Scenario was used by fossil fuel giants Shell, Total, Exxon, Conoco, Chevron as justification that their expansion plans are consistent with a climate safe future. Given the insufficient increase in ambition in WEO 2019, it is likely that we will see a similar list of oil companies using this year’s IEA climate scenario to justify their expansion plans.

Regardless, the facts on the ground are obviously changing for the International Energy Agency. The scale of critical coverage for the WEO is new. This is normally a rather sedate annual event.

Bloomberg opinion writer Liam Denning put it this way: “Even if it leaves some unsatisfied, the very fact that this document, of all things, has become a battleground speaks to the urgency of dealing with climate change and the way in which that sense of urgency is spreading beyond the confines of think tanks and laboratories — with all the potential that holds for sudden, disruptive changes in policy. As a metaphor for where we’re at on dealing with climate change, an 800-odd-page report filled with tables populated by data nerds doesn’t seem the obvious choice, but I’ll take it.” 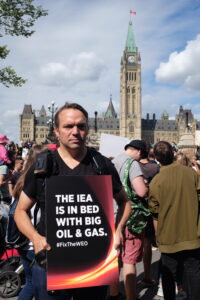 The IEA is providing analysis that is increasingly out of step with the latest science. This misalignment clearly reveals just how much cover the IEA gives for the world’s largest fossil fuel companies and government allies to justify business-as-usual expansion of oil and gas.

WEO 2019 was an opportunity lost for the IEA. This intergovernmental organization has had ample warning from investors, climate scientists and advocates, and business leaders on the need for reform. Even some of the IEA’s own government members have pushed it to meaningfully increase climate scenario ambition.

Now, the IEA’s reputation is under threat and it is flirting with irrelevance. Governments and investors will increasingly turn to other institutions with more credible and ambitious scenarios if a recalcitrant IEA is unable to rise to the challenge of guiding prudent energy decisions in the midst of a climate crisis.

In the meantime, the IEA can expect this criticism to increase.

Case in point: the next day Fatih Birol was in the Netherlands spreading the Good News of WEO 2019. Luckily, there was a welcoming committee reminding the IEA that the world needs a 1.5°C scenario front and centre in next year’s WEO

To learn more about the need for IEA reform, stay updated, and take action at http://www.fixtheweo.org.