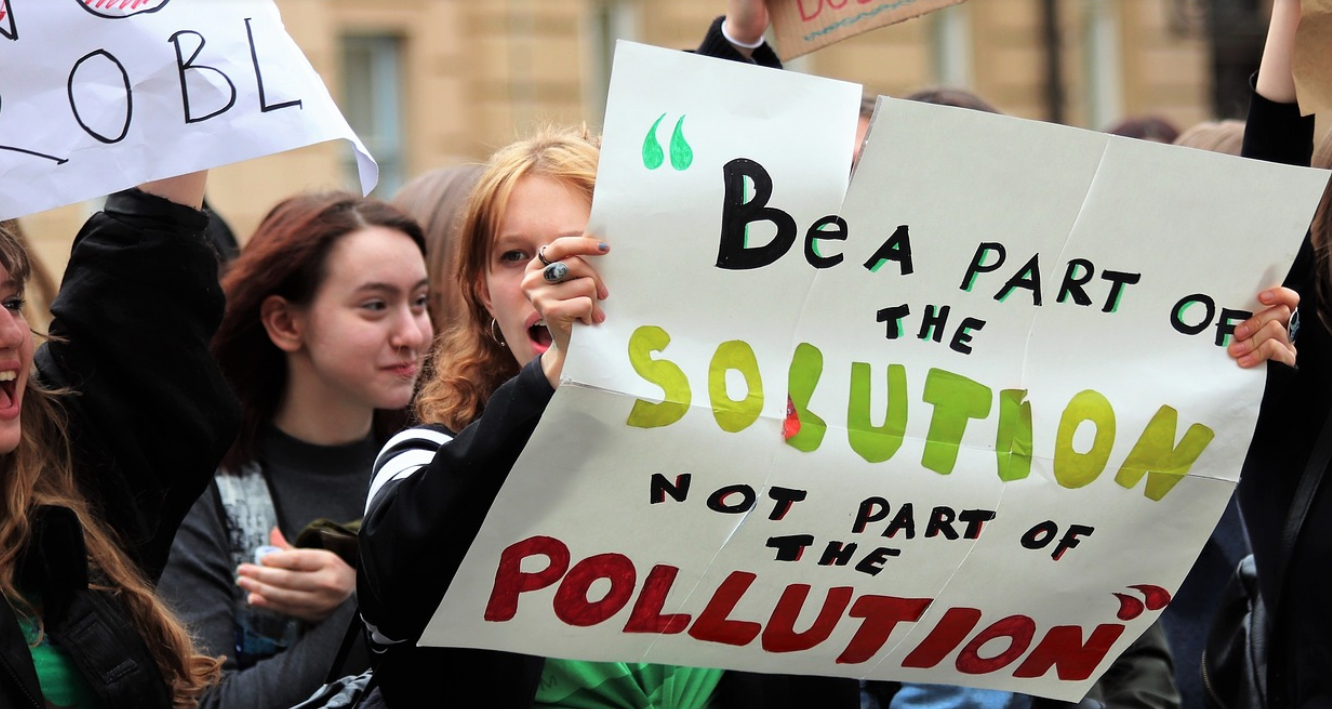 Earlier this week, the Canadian Government announced that it will move to ban single plastics by as early as 2021.

Standing next to a beautiful lake in a nature reserve, Canadian Prime Minister Justin Trudeau said he did not want his children playing on beaches blighted by dead birds or pollution.

Despite Trudeau pretending to be a progressive politician, his Government remains wedded to a carbon-intensive future that is hurtling us towards a climate catastrophe. Ironically, the longer our future is wedded to the oil industry, the longer plastic pollution will prevail, too.

As Trudeau and his Government in Canada continue to promote the dirty tar sands, the British Government today moved to enshrine in law a commitment to reach net zero carbon emissions by 2050, via an amendment to the Climate Change Act.

If it passes through Parliament, it will make Britain the first major economy to make the commitment.

The move has been heralded as historic by many. Joss Garman, UK Director of the European Climate Foundation, tweeted;

Greenpeace, though was more cautious. Although Doug Parr, the chief scientist for Greenpeace UK, said the target was “a big moment for everyone in the climate movement,” he told the Guardian newspaper that he was concerned about “loopholes” allowing international carbon credits.

Others were critical too: The Centre for Alternative Technology responded by calling for the creation of an urgent Climate Emergency Action Plan, coupled with more ambitious targets.

Even with the loopholes and weak targets, the UK’s move is ground-breaking, the first industrial nation to make such a commitment. It makes Canada’s continued, entrenched addiction to fossil fuels even more out of touch with the international consensus that we are in a climate emergency.

For example, earlier this month, the country’s largest oil lobby group, the Canadian Association of Petroleum Producers (CAPP), released its “election wish list”. This is reminiscent of the climate denier “drill baby drill” mentality of believing we can exploit unlimited fossil fuels, if only we forget about the inconvenient truths of imminent climate breakdown and stranded assets.

As the Canadian Huff Post reports: “The country’s largest oil-and-gas lobby group is urging political parties to ensure their campaign platforms include support for major pipeline and LNG projects and a regulatory regime that would allow projects to be completed faster.”

CAPP’s CEO Tim McMillan said at a press conference: “With global demand at an all-time high and with global demand increasing at near-record rates and global investment following, it is incumbent on the next government to create conditions necessary for Canada’s oil and natural gas industry to succeed and play a key role on the world stage.”

Canada’s environmental groups were scathing in response. Dale Marshall, the National Program Manager at Environmental Defence, said “If our goal is to limit global warming, we need to be retiring fossil fuels.”

He added: “I would say straight-up that the agenda put forward in this document by the Canadian Association of Petroleum Producers is a recipe for climate chaos”.

Meanwhile, CAPP’s ally, the Alberta Premier, Jason Kenney, says his government will open a $30 million “war room” with the view of attacking environmental groups and “silencing” critics of the dirty tar sands.

Kenny is reported to have said: “The goal of the energy war room will be to tell the truth about how the world needs more Canadian energy. We will no longer accept the campaign of lies and defamation.”

The Canadians can try and deny the science of climate change and silence their critics, but entombed in their war bunker, they will only become increasingly isolated.

As part of their attempts to spin the science, they can try and promote gas as a clean bridge fuel, but Oil Change International (OCI) conclusively debunked that myth already, with an update in May of this year with the release of another great report.

As my colleague, Lorne Stockman, noted when the report was released: “We are making it clearer than ever: gas is dirty, expensive and unnecessary. In other words, all of the claims of the bridge fuel myth are dangerously misleading.”

CAPP and the Canadian Government can try and mislead everyone about gas or even how the tar sands are essential for decades to come.

But instead of spending money defending fossil fuels, it would be wiser if the money went towards managing Canada’s rapid and just transition to clean energy instead.

No matter how much spin they put on it, Canada is heading for its Kodak-climate moment. As one analyst wrote yesterday: “There is a paradigm shift away from fossil fuels that is accelerating quicker than 99% of analysts, investors, and the public thought … Momentum traders are pushing oil stocks to all-time lows and pricing in an imminent armageddon for the industry. Make no mistake, we have already begun the ‘end of the oil age.'”

Instead of promoting fossils, Canada should learn from the UK, the birthplace of the Industrial revolution, which is finally and belatedly trying to break free from the shackles of its fossil fuel addiction.