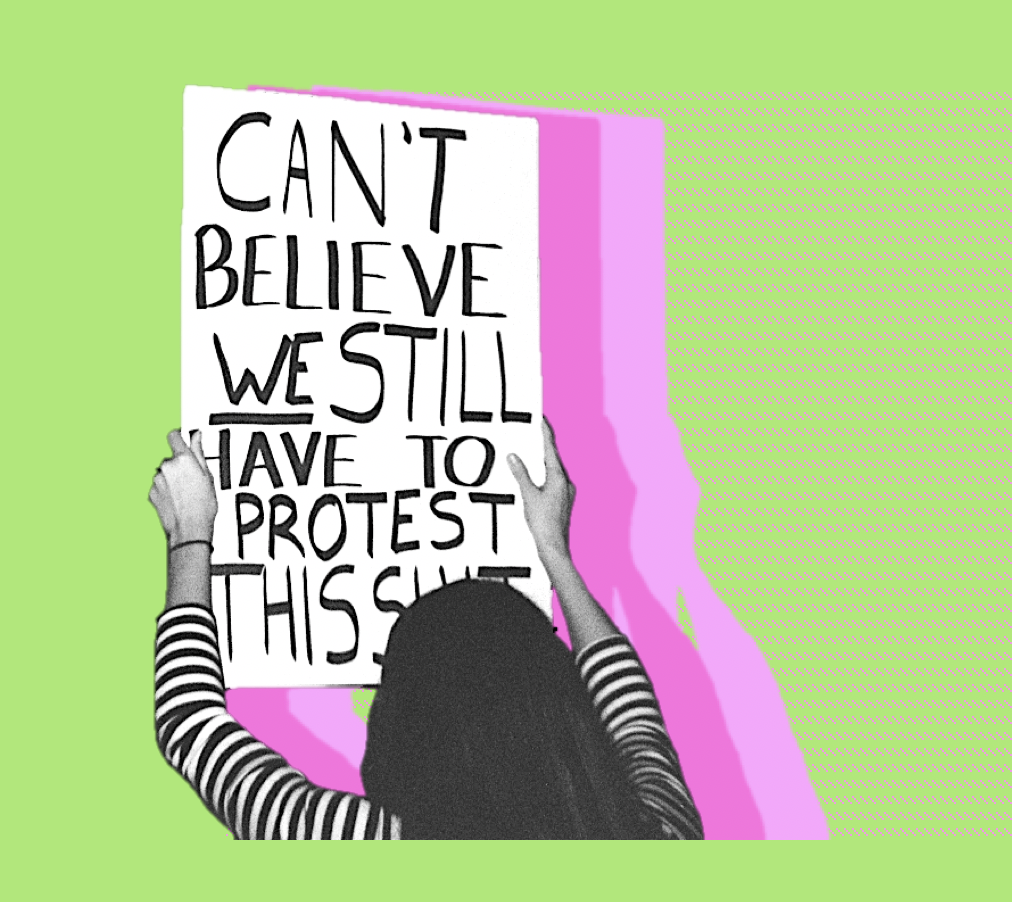 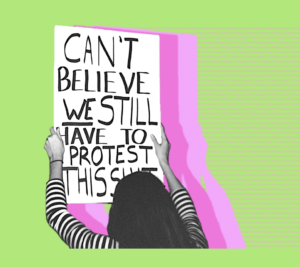 There are some things you have to keep doing again and again in order to get real change. I expect that before we get real leadership to address the climate crisis, there will be many battles fought over and over. For example, dirty fossil fuel projects like the Keystone XL pipeline. We helped stop KXL in 2015 only to see it brought back from the dead by the Trump administration, and we will stop it again. Sometimes it’s hard, but we’ll keep winning.

So if we have a feeling of déjà vu over releasing a report debunking the myth of gas as a bridge fuel, it’s probably because we have done it before. But by using the latest data on carbon budgets and climate goals, clean energy costs, technology advances and policy developments, we are making it clearer than ever: gas is dirty, expensive and unnecessary. In other words, all of the claims of the bridge fuel myth are dangerously misleading.

Like the woman in the picture above, we’re a little incredulous that we still need to do this. We should be over it. But in the last year alone, we have seen leaders who should know better continue to push the outdated and dangerous myth of gas as a bridge fuel.

For example, in a House hearing on leadership to combat climate change in April, former Secretary of State John Kerry said, “gas is obviously a critical bridge fuel to help us create a virtuous grid”.

Governor Ralph Northam of Virginia announced actions to combat climate change during the Global Climate Action Summit in San Francisco last September, stating in the press release that “gas has significant potential as a bridge fuel”.

The governors of North Carolina and New York have both cited the bridge fuel myth in support of gas pipelines proposed in their states. And Governor Wolf of Pennsylvania still cites the bridge fuel myth as cover for the rampant growth in fracking that is turning the Keystone state into the largest gas producer in the country.

So, we still have work to do. The report we’re releasing today uses the latest data and analysis to debunk this dangerous myth. It makes clear that counter to the bridge fuel myth claims, gas is NOT clean, cheap, or necessary.

And while leaking methane along the entire gas supply chain has been at the center of the debate around the climate impact of gas, data shows that it is not the definitive issue. There are five additional reasons why gas cannot form a bridge to a clean energy future, even if methane leakage is kept to a minimum.

These five points make it clear. Policymakers, investors and climate leaders must use climate goals as the starting point for managing the transition to clean energy. The “smart partner” for renewable energy is not gas, but a mix of technologies and practises that enable ever higher penetrations of renewable energy including, battery storage (already affordable and available and continually getting cheaper and more productive), efficiency and demand response. In addition, we have to redesign power markets to value and enable the clean energy technologies we need.

It’s not just the power sector where these choices can and must be made. The decarbonization of transport, buildings, and industry all require clear policies to support efficiency and electrification. The electrification of these sectors provides a resource to be utilized – in the form of demand response – that can additionally support achieving high levels of wind and solar generation. As large numbers of electrified vehicles, water heaters and industrial capacity are added to the grid, they can help balance wind and solar variability as part of a smart grid.

So it is time for climate leaders to get real about gas. If we are to address the climate crisis we need to manage the decline of the fossil fuel industry in a way that is just and equitable, supportive of workers and communities, and crucially, in alignment with the 1.5 degree limit. That means no more extraction, no more pipelines, no more fossil fuel power plants and no more excuses.

The oil and gas industry has used the bridge fuel myth for decades to delay the transition to clean energy and continue profiting from fossil fuels. Today it is clearer than ever: when it comes to climate emissions, gas just doesn’t cut it.