The past few weeks have not been good for Shell Oil. Despite receiving approval from the Obama Administration to drill in the Arctic earlier this month, Shell’s ambitions have been thrown into question by everyday people no longer standing idle while Big Oil tramples over local officials, ignores scientists, and propels our planet further towards the climate cliff. 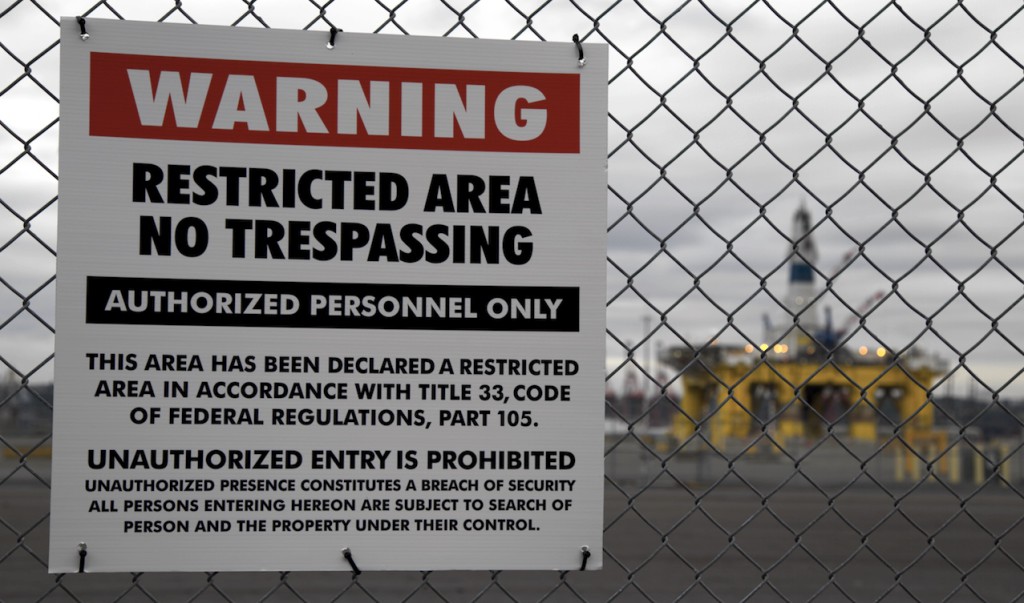 Nowhere has this been more clear than in Seattle. The action there has been nonstop since mid-January when the public was first informed that Shell intended to make Seattle’s port home for their Arctic drilling fleet.

Needless to say, Seattleites weren’t happy. Since then, every port commission meeting has been packed and the Mayor and City Council have both become involved, siding with the #ShellNo activists. 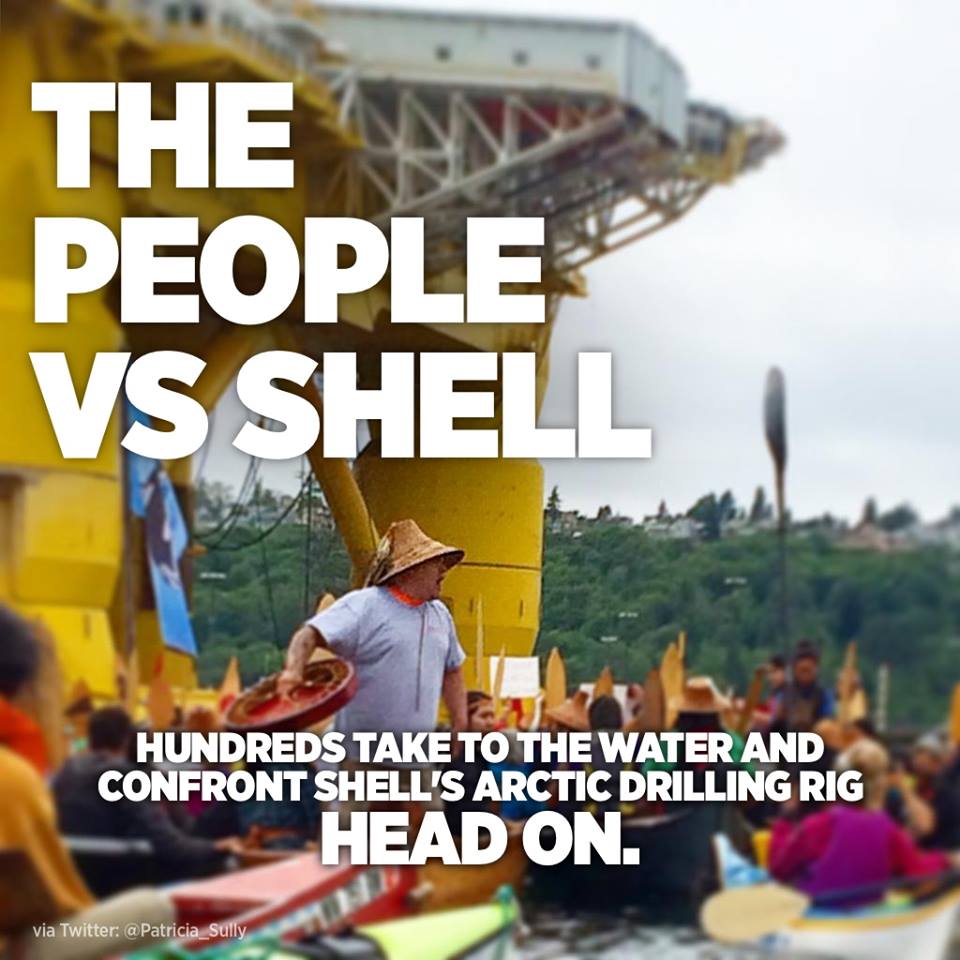 Things reached exciting new heights earlier this month when hundreds took to the water to confront Shell’s Arctic drilling rig head on, with thousands more on shore. I was lucky to take part in person, supporting the day’s events through social media promotion.

Things began early on May 16th with scores of kayakers getting their boats ready for launch and organizers making sure everybody knew the plan and would be safe on the water.

People from all walks of life came out to participate. The youngest couldn’t have been much older than 5 and the oldest were well into retirement. One by one, kayaks and a menagerie of other boats took to the water, pumped up by ‘The People’s Platform’. This floating protest barge became a centerpiece in the action, providing music and a stopping point as the flotilla disembarked.

But the procession didn’t truly begin until the #IdleNoMore representatives arrived with their beautiful (and massive) family canoes. Led by local Duwamish, Lummi, and Quinault peoples, among others, the flotilla sped towards the Polar Pioneer and didn’t stop until hundreds were right up against it.

Unable to get very close, all of us on land strained to see what was happening. Still, we could make out the colorful mass of boats in the water next to the rig. 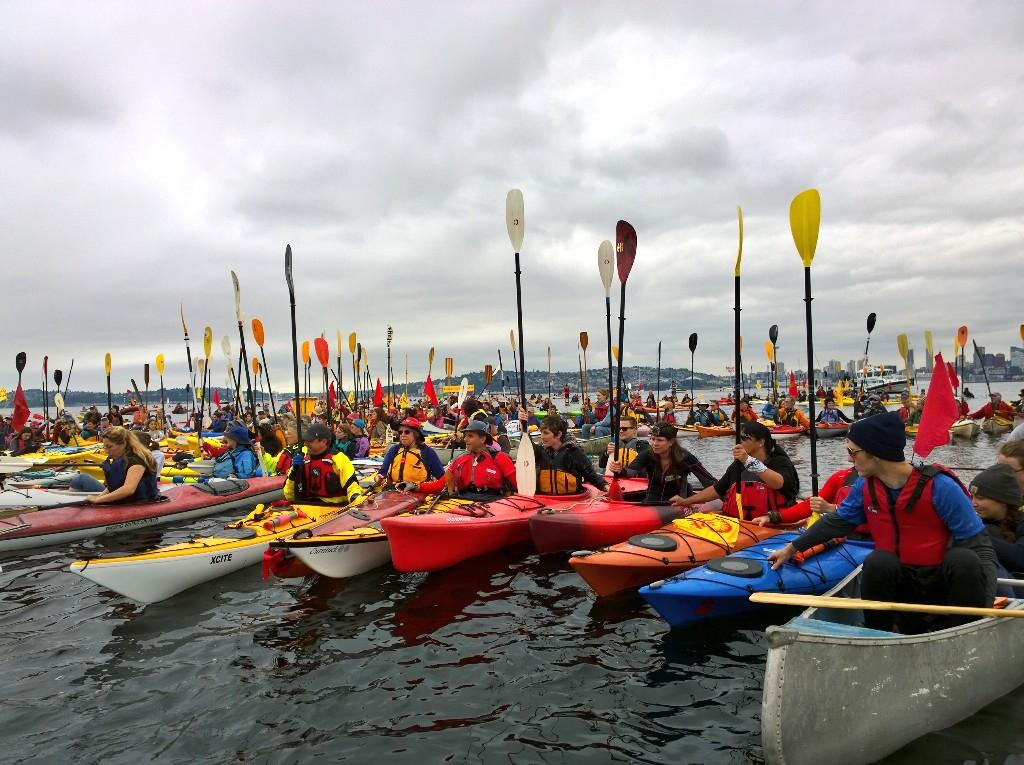 After a good amount of time — and impromptu speeches on the water — the boats made their way back to shore, again led by the native families in their canoes. Respecting tradition, those in the canoes first asked the Duwamish leaders for permission to come ashore where a series of speakers and musicians helped provide important context and history to the fight against Shell. Many had come from all over the country, including the northern coast of Alaska, to share their experiences.

The ‘Festival of Resistance’ continued on Monday, and boy what a festival it was! Though a bit early, hundreds still turned up at 7am to get things started at the Duwamish Fishing Docks, an important landmark considering how polluted the tribe’s traditional waters have become due to industrial activity.

Before long, we were in the Streets on our way across the West Seattle Bridge towards Terminal 5, where Shell’s arctic drilling rig is still docked. The goal for the day? To stop work on Shell’s rig for as long as possible with as many people as possible. 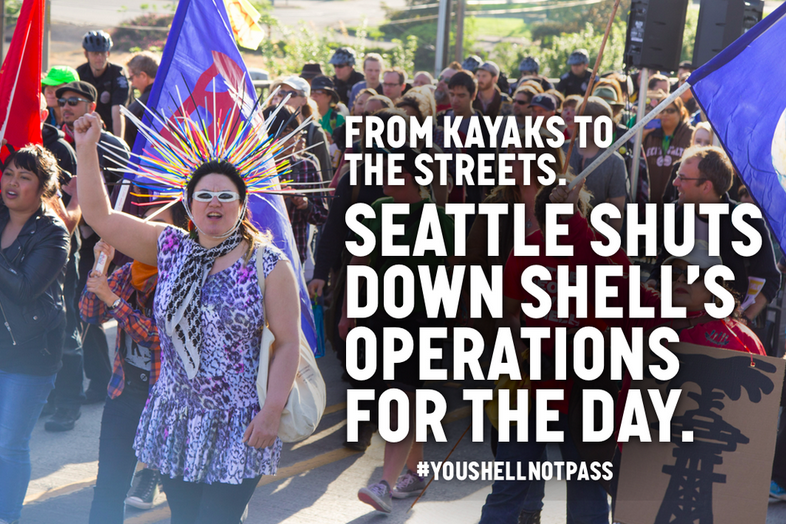 The blockade went smoothly at the front gates of Terminal 5 and the group held the space for more than 6 hours, stopping work on Shell’s rig for much of the day. The group collectively decided to leave around 4:30pm and marched back across the bridge, but not before resolving to continue the fight.

Even though the official weekend program came to a close on Monday, the action didn’t stop. The very next day Oil Change International, along with many others took to Shell’s Annual General Meeting (AGM) in The Hague to question Shell’s logic and highlight the risk their actions pose to investors and the planet.

Shell’s President, clearly flustered, simply couldn’t wrap his head around why Arctic oil is any different from other oil — to which Hannah McKinnon penned an excellent response. In short, we simply can’t afford to burn what’s locked beneath the Arctic Ocean if we have any hope of avoiding catastrophic climate change. It’s part of the fossil fuel pie that needs to stay in the ground.

The need to keep Arctic oil underground is something Chiara D’Angelo intrinsically understands. Only 20 years old, this Washington native put everything on the line over the past weekend to stop one of Shell’s Arctic vessels currently moored in Bellingham, WA. A week after kyaktivists took to the water surrounding the Polar Pioneer, Chiara was strapped to the anchor chain of the Arctic Challenger and stayed up there for an incredible 3 days and 3 nights.

Shell’s Arctic ambitions haven’t been halted over the past few weeks, but they have been seriously thrown into question by the public. And if recent activities are any indication, Shell’s plans to exploit the Arctic for decades to come are surely done for.

It’s the People vs. Shell. And the people are going to win.