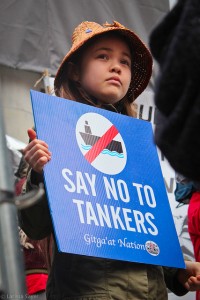 These are not the words of a President talking about our addiction to oil, but an eleven year old fighting for our future.

President Obama surprised most pundits by making climate change  a central pillar for his second term, with more sentences devoted to the issue than any other.

Obama has apparently been thinking long and hard about climate change and how to use his Presidential powers to by-pass a gridlocked Congress.

Obama said in his speech “We will respond to the threat of climate change, knowing that failure to do so would betray our children and future generations. Some may still deny the overwhelming judgment of science, but none can avoid the devastating impact of raging fires, and crippling drought, and more powerful storms.”

Environmental groups, who were generally pleased with the President’s rhetoric, will now be watching closely to see if he puts words into action. Natural Resources Defense Council President Frances Beinecke said “This is a call to action against the climate chaos that is sweeping our nation and threatening our future. Now it’s time to act.”

Lou Leonard, who heads climate change for the World Wildlife Fund, added: “Today’s address is an important first step for using the power of the presidency to spur a practical national conversation on climate change. The importance of the president regularly raising his voice on this issue cannot be overstated”.

As well as power plants, one of the biggest tests for Obama is the Keystone XL pipeline, as I highlighted in the blog yesterday.

On KXL, he is being pressurised on all sides: with environmentalists vehemently opposed, but industry and the Canadian government in favour.

Along with Arctic drilling, the debate over KXL is set to rage over the next couple of months.

Whilst this debate is hugely important, let us not forget that there is another pipeline that threatens to bring the dirty tars sands to the US as well as further afield to China and the Far East.

Nor is Obama the only one who has been speaking about climate change. Other voices are less heard, but are equally powerful.

Last week, an eleven year old girl, Ta’Kaiya Blaney of the Sliammon Nation (pictured), testified at the hearings in Vancouver into the “other” tar sands pipeline, the so-called Northern Gateway pipeline through British Colombia, which is being proposed by Enbridge.

Dressed in traditional clothing, she told the three person National Energy Board (NEB) panel, which is conducting a review of the pipeline, including an environmental review: “Maybe you won’t be around in a century from now, and maybe you feel you don’t need to worry about how we’ll live in 2113, but we do.”

Blaney, speaking with an authority and conviction that belies her age, added that “On our industrial road of destruction, we are in a car running off a cliff, and the car is running on oil. Put yourself in the shoes of your great, great, great, great, great, grandchild in the possible future we’re heading to and imagine their struggles. Today we worry about tsunamis, volcanoes, the economy, the stock market, housing, electricity and jobs. A century from now the grandchildren of virtually everyone here might be living, afraid of the world we left them.”

Blaney was not the only child to speak out at the panel last week. Fifteen year old Zoe Craig added: “I am only 15-years old, but I understand that the world has energy needs that must be met. But I do not believe that this is the correct path for our long-term future.”

Amazingly nearly two hundred people addressed the panel last week. And every single one of those was opposed to the pipeline.

With more hearings planned over the coming months, a decision is not expected until the end of the year.

Some people argue that if President Obama approves the KXL, there is less need for the Northern Gateway. However there is an opposing argument that both could get built, but if Obama says yes to KXL, communities in British Colombia may be lulled into a false sense of security thinking that the Northern Gateway will not happen.

What we know is that both pipelines will be ecologically destructive, especially for the climate. So if Obama says no to KXL, he has to make sure the Northern Gateway never becomes reality either. Add it to his in tray.