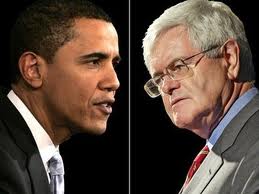 So we have been here before.

A year ago Obama called for the ending of fossil fuel subsidies in his state of the Union address.

Since then we have had two significant events: the Gulf oil spill, that you would have thought would have made it easier for politicians to stop subsidising oil companies.

Then we had the Republican rout last November which has made it much more unlikely that any meaningful political action will occur.

This did not stop Obama returning to the theme in last night’s State of the Union address.  “I’m asking Congress to eliminate the billions in taxpayer dollars we currently give to oil companies.  I don’t know if — I don’t know if you’ve noticed, but they’re doing just fine on their own. So instead of subsidizing yesterday’s energy, let’s invest in tomorrow’s.”

Obama went on to set out a new political goal: “Clean energy breakthroughs will only translate into clean energy jobs if businesses know there will be a market for what they’re selling. So tonight, I challenge you to join me in setting a new goal: By 2035, 80 percent of America’s electricity will come from clean energy sources.”

In the fact sheets that accompanied the speech from the White House last night, it was made clear that by “clean”, Obama means renewables, but also nuclear, gas, and coal with the mythical technology of carbon capture and storage.

Putting aside that not small definitional fact, it all sounds great apart from the fact, as one blogger at TreeHugger pointed out: “Too bad special interests will almost certainly keep this from happening.”

Due to the resurgent Republican gains, the chances of oil subsidies being removed is slim, unless they’re actually willing to live up to their deficit reducing rhetoric and challenge the hands that feed them.

As Obama’s positions himself in the middle of the centre of US politics, a whole host of potential Republican challengers have been busy raising money over the last two years. Whilst it is Sarah Palin who often makes the headlines, there is increasing speculation that Newt Gingrich, the former Republican speaker of the House will run for President.

According to press reports at the end of last week, Gingrich told several prominent Republicans in his former state of Georgia that he does intend to go for the top job.

He is just one of a half dozen potential Republican candidates now raising money. And, as the Financial Times points out the  “Republican donor trail offers 2012 clues”

So last week I blogged about “Nat King Coal” Rothschild, the new coal baron in the block, but now it seems we also have Newt King Coal too.

Earlier this month, I also blogged how the Environmental Protection Agency had vetoed the Clean Water Act permit for Arch Coal’s Spruce No. 1 Mine in Logan County, West Virginia.

This was seen as a huge historic victory for the campaign to end mountaintop removal mining.

It comes as no surprise, therefore, that appearing in the key presidential campaign state of Iowa, Gingrich has now called for the abolition of the EPA.

Yesterday Gingrich wrote: “The Environmental Protection Agency (EPA) has transformed from an agency with the original animating and noble mission of protecting the environment into a job-killing, centralizing engine of ideological litigation and regulation that blocks economic progress at every turn while also frustrating the EPA’s original mission of protecting the environment.”

And it looks like Newt has transformed himself from a “shock-jock” into a potential President who is a puppet of the coal industry.  But you can say this for Newt – at least he’s not trying to sell it as “clean”.