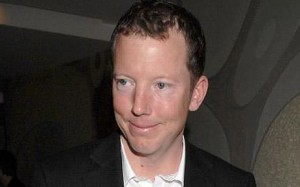 There is a new climate villain on the bloc. No its not a big oil company. But a 39 year old aristocrat banker from Britain.

Nathaniel Rothschild, commonly known as “Nat” comes from a dynasty that is built on banking and wine.

But Nat, “who has sometimes struggled to live up to the dynastic name”, according to the Financial Times, wants to make his mark, by building a global coal empire.

He intends to be the first global coal baron. And at a time when scientists are saying we must radically reduce our fossil fuel dependence, Nat is gearing up to do the opposite.

He has just invested a cool $3 billion in an Indonesian coal operation.

After the deal is finalised sometime this spring, the Rothschild family will own 34 per cent of the new Bumi company.

The new company will be the largest foreign supplier of thermal coal to China. So Nat is expecting to make a fortune exporting coal to China.

As the FT points out, this area is the new ground zero for the global coal industry. “As a result, the island’s topography has been transformed. Entire hillsides have been razed and new valleys dug to expose giant crevices of black carbon.”

Nat’s new mine is the “biggest earthmoving operation in the world”, shifting a billion tonnes of dirt each year.

This mine – the Kaltrim Prima Coal – is central to Rothschild’s plans to create a new “international coal champion”.

As Nat champions coal, the climate will suffer.

As a long Financial Times article last week end explained, “more than Rothschild’s desire for money is the wish to forge a legacy.” “He wants to make a mark as the Rothschild of his generation,” said Sir Julian Horn-Smith, a former chief executive of Vodafone and currently a non-executive director of Vallar.

Well if Nat becomes the New King Coal, and exploits all this coal, he will leave a legacy.

As world famous climate scientist James Hansen has argued: “coal is the single greatest threat to civilisation and all life on our planet.”