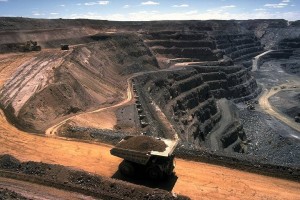 So its game on. The EPA may be under attack from the Republicans, but its not rolling over and waiting to be stripped of its powers, without a fight.

It is taking on Big Coal in the battle over mountain top removal.

In what is being seen as an historic decision, the EPA has said it will be revoking the permit granted to the Mingo-Logan  Spruce Number One mine in West Virginia.

A Clean Water Act permit for the mine was originally issued in 2007 under the Bush Government.

The agency said it was the first time it had revoked a previously issued permit in 40 years, but it said the action was warranted because the environmental damage was truly “unacceptable”.

EPA officials said they only made the decision after extensive scientific study, a major public hearing in West Virginia and review of more than 50,000 public comments.

Moreover after year-long discussions with the company, it had failed to produce an agreement that would lead to a significant decrease in impacts to the environment and Appalachian communities.

The EPA said the mine would have dumped millions of tons of mining waste into healthy waterways, burying 6.6 miles of streams and completely killing off fish, and other wildlife.

“The proposed Spruce Number One mine would use destructive and unsustainable mining practices that jeopardise the health of Appalachian communities and clean water on which they depend,” the agency’s assistant administrator for water Peter Silva said in a statement. “We have a responsibility under the law to protect water quality and safeguard the people who rely on clean water.”

The decision certainly raises the stakes between the EPA and the coal-friendly Republicans, and already it has evoked a strong reaction from the West Virginian coal lobby.

The local Democrats are not too happy, either: West Virginia’s newly elected Democratic senator, Joe Manchin, who had run a campaign showing him using EPA regulations as target practice, said the decision would have a “chilling” effect on the economy.

“Today’s EPA decision is not just fundamentally wrong, it is an unprecedented act by the federal government that will cost our state and our nation even more jobs during the worst recession in this country’s history,” Manchin said.

But Joe would say that – to see how much Big Coal lines his pockets, go here.

The local nonprofit Ohio Valley Environmental Coalition was pleased, though “The science completely validates what we have been saying for more than a decade – these types of mining operations are destroying our streams and forests and nearby residents’ health, and even driving entire communities to extinction. This type of steep slope coal mining is destroying our cultural heritage and our future.”

Jon Devine of the Natural Resources Defence Council added: “In the face of the political and industrial forces pressuring EPA to ignore the damage this mine would cause, it took guts for the agency to follow the science and the law.”