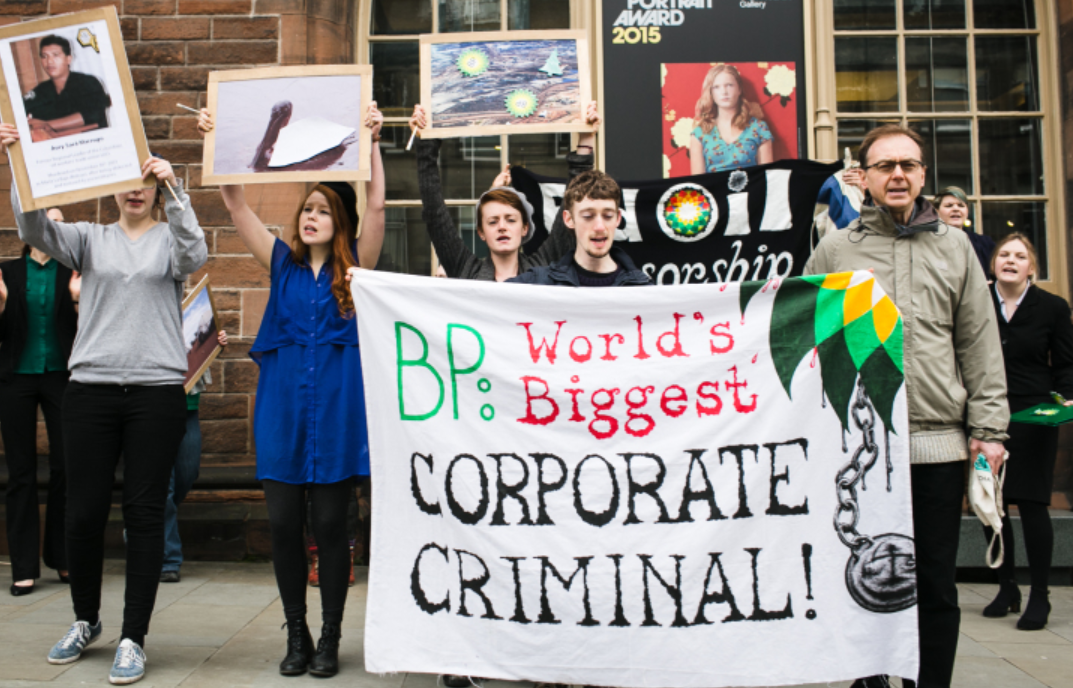 When you have been writing about the oil industry for decades, it is easy to slip into hyperbolic language when significant events happen. But yesterday was one of these moments.

For years, climate activists have been warning Big Oil and their loyal investors that there would come a time when their most prized assets, their oil, would become their greatest liability, due to climate change. They came up with a term for the concept: stranded assets.

Seven years ago on this blog, I wrote: “The vast reserves of oil and gas held by major international companies such as BP and Shell are not assets — they are, in fact, liabilities. Their reserves are in effect un-burnable carbon.”

In April that year, Carbon Tracker issued a report that argued that at least two-thirds of fossil fuel reserves would have to remain underground if the world was to meet existing internationally agreed targets to avoid the threshold for “dangerous” climate change impacts.

At first, activists were dismissed out of hand. Oil majors and pundits said the world would always need more oil. And so companies carried on drilling. But slowly, the concept gained traction amongst influential climate scientists, investors, and bankers such as Mark Carney, the ex-Governor of the Bank of England.

In 2015, Carney warned about the risks of climate change — or as he called it — the “tragedy of the horizon.” Carney cautioned that “the vast majority of reserves” of oil, gas, and coal could become “stranded” and literally become “un-burnable.”

In October that year, BP conceded that not all oil reserves would be burnt. “The growing recognition that concerns about carbon emissions and climate change mean that it is increasingly unlikely that the world’s reserves of oil will ever be exhausted,” said Spencer Dale, the Group’s chief executive at a conference in London.

I wrote at the time: “The speech is being seen as the clearest acknowledgement yet by a major oil company that fossil fuels will have to stay in the ground. Its significance should not be underestimated.”

Later that year, the 2015 UN Climate Change conference was held in Paris where it was formally agreed that to have any chance of a livable future, we had to keep emissions “well below” 2 degrees Celsius. Ideally, we would “pursue efforts to” limit the temperature increase to 1.5 degrees.

It was the clearest signal yet that the writing was on the wall for the oil industry, which ignored the climate costs of its operations at its peril.

But in the five years since that speech, BP has ignored its own warnings and those of scientists and investors and have carried on drilling.

For example, Simon Howard, chief executive of UK Sustainable Investment Forum, said last year: “The writing is on the wall for oil companies that do not support global efforts to avoid a climate catastrophe by urgently phasing out fossil fuels and transitioning to a low-carbon world. The investment community recognizes that these will make increasingly risky investments.”

And this week, BP met the writing on the wall.

A double whammy of COVID-19 and climate change caught up with the company. In an unexpected move, BP slashed up to USD 17.5 billion off the value of its assets after lowering its longer term price assumptions in the wake of COVID-19. In the words of the Financial Times, BP “expects” the pandemic “to hasten the shift away from fossil fuels.” Those assets are essentially stranded.

It is the biggest write-down the company has had to make since the Deepwater Horizon oil spill a decade ago.

As the Financial Times clearly noted: “Its move on Monday marks the biggest recognition yet in the oil and gas industry that tens of billions of dollars worth of investments could be rendered uneconomic as the world pursues the Paris climate goals.”

Climate reality has finally caught up with BP’s corporate dreamland that it could carry on drilling forever. Bernard Looney, chief executive of BP, said, “we have reset our price outlook to reflect that impact and the likelihood of greater efforts to ‘build back better’ towards a Paris-consistent world.”

It was predictable that the company’s share-price would take a battering, with the oil giant’s share price falling over six percent in early trading yesterday.

Natasha Landell-Mills, head of stewardship at asset manager Sarasin & Partners, told the business paper of record: “This is a clear acceptance by BP that the past is no longer a guide to the future. Until your accounts are aligned with Paris, your capital spending will not be aligned.”

Natasha Landell-Mills at Sarasin & Partners is spot on: “Until your accounts are aligned with Paris, your capital spending will not be aligned.”

Others were quick to comment on the significance of BP’s announcement:

Hard to overstate the significance of this. The theory always was the net zero transition would happen two ways, gradually, then really fast. Could that be what is happening? https://t.co/CyxfCuxrr3

Other influential commentators and media weighed in too: The BBC’s environment analyst, Roger Harrabin, said: “Experts have been warning for years that firms have already discovered far more oil than we can afford to burn if we want to protect the climate. This, in part, is a reflection of that new reality. We’ll see how other firms respond.”

Sky news’ Business reporter, Ian King, added “It is a big moment in the history of Big Oil. The announcement is the first public acknowledgement from a major oil and gas producer that the pandemic could result in the energy transition — and the accompanying fall in oil and gas prices — being more rapid than expected.”

Bloomberg added that in light of the move: “investors are asking fundamental questions about the value of oil majors.” As I said earlier, if your greatest assets have become your greatest liabilities, what are you worth?

BP’s statement again reiterated the urgent need to move toward a just transition that protects the climate and workers’ jobs. Charlie Kronick, senior climate adviser for Greenpeace U.K, said in a statement: “This huge dent in BP’s balance sheet suggests it has finally dawned on BP that the climate emergency is going to make oil worth less. BP must protect its workforce, and offer training to help people move into sustainable jobs in decommissioning and offshore wind.”