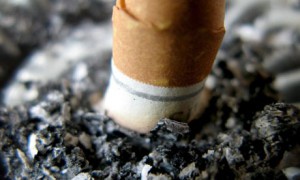 For over a decade now a growing band of activists and enlightened financiers have argued that if we are going to tackle climate change then a proportion of fossil fuels have to stay in the ground.

The vast reserves of oil and gas held by major international companies such as BP and Shell are not assets – they are, in fact, liabilities. Their reserves are in effect unburnable carbon.

Last year, the idea gathered momentum when 350.org launched a campaign encouraging “institutions to immediately freeze any new investment in fossil fuel companies, and divest from direct ownership and any commingled funds that include fossil fuel public equities and corporate bonds within 5 years”.

In July that year, Bill McKibben talked about the need to disinvest from fossil fuels being driven by “moral outrage”.

In the UK, the whole unburnable carbon question led to the formation of the NGO, Carbon Tracker.  Back in April this year,  Carbon Tracker issued a report that argued that at least two-thirds of fossil fuel reserves would have to remain underground if the world was to meet existing internationally agreed targets to avoid the threshold for “dangerous” climate change.

Three months later, Carbon Tracker was recognised for its work by being named NGO of the Year at the Business Green Awards, beating established organisations such as Friends of the Earth and the National Trust.

More recently the IPCC reached similar conclusions about the need to leave significant reserves of fossil fuels in the ground.

And now the Smith School of Enterprise and Environment at the University of Oxford has issued a report entitled “stranded assets” which explores this theme further.  This report investigates the growing international fossil fuel divestment campaign, and argues that the campaign is a serious risk to the industry.

Indeed the disinvestment campaign is growing faster than any previous divestment campaign such as tobacco, apartheid, arms, gambling and pornography. So far it has attracted 41 institutions since 2010, and could cause significant damage to coal, oil and gas companies.

But it will also lead to stigmatisation, which could be far more damaging to the companies.

In short, fossil fuels are rapidly becoming the new tobacco.

“The outcome of the stigmatisation process, which the fossil fuel divestment campaign has now triggered, poses the most far-reaching threat to fossil fuel companies and the vast energy value chain,” argues the report.

The more campaigners stigmatise fossil fuels as dirty, the harder it will be for the industry to argue that oil and gas are a sustainable energy source. This is exactly what has happened with the tar sands.

So the message from the report is that for any disinvestment campaign to work, stigmatisation is key, with the coal industry the most vulnerable.