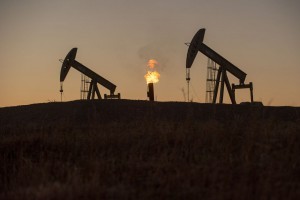 For some years now a growing number of activists, scientists and analysts have been warning that, if we are going to keep global warming to 2 degrees Celcius, that a significant quantify of fossil fuel reserves can never be burnt.

The latest warning came late last month from the Governor of the Bank of England, Mark Carney, who warned about the risks of climate change – or as he called it – the “tragedy of the horizon”.

Carney cautioned that “the vast majority of reserves” of oil, gas and coal could become “stranded” and literally become “unburnable”.

The response from Big Oil to Carney and others has been that the world needs oil so we will carrying on drilling regardless. The industry has essentially acted like a drunk in a bar and ignored repeated warnings that drinking too much could have catastrophic consequences. Instead of sobering up, it has carried on hitting the bottle. Well finally BP has finally woken up and belatedly smelt the coffee.

Yesterday the company’s chief economist gave a speech on the “new economies of oil” and admitted that, due to concerns over climate change, the world’s oil resources are unlikely to ever be fully exploited.

“The growing recognition that concerns about carbon emissions and climate change mean that it is increasingly unlikely that the world’s reserves of oil will ever be exhausted”, said Spencer Dale, the Group’s chief executive at a conference in London.

He added that as international concern increases over climate change, especially in the run up to the Paris meeting in December this year, there may be far reaching consequences for Big Oil: “If that sense of urgency translates into policies this could have significant implications for the long-run demand for all fossil fuels.”

The speech is being seen as the clearest acknowledgement yet by a major oil company that fossil fuels will have to stay in the ground. Its significance should not be underestimated. Dale also admitted that due to climate constraints the relative price of oil will not necessarily increase over time.

He went on explain in detail the climate calculations that people have been talking about for a while. “Existing reserves of fossil fuels – i.e. oil, gas and coal – if used in their entirety would generate somewhere in excess of 2.8trn tonnes of CO2, well in excess of the 1trn tonnes or so the scientific community consider is consistent with limiting the rise in global mean temperatures to no more than 2C”, he warned.

“And this takes no account of the new discoveries which are being made all the time or of the vast resources of fossil fuels not yet booked as reserves,” he added.

His admission was welcomed by Carbon Tracker, one of the groups that has led on the issue of unburnable carbon and stranded assets.

“As BP now recognises, there is a substantial risk in the system of ‘peak [oil] demand’,” Anthony Hobley CEO of Carbon Tracker told the Guardian. “This arises from a perfect storm of factors including ever cheaper clean energy, ever more efficient use of energy, rising fossil fuel costs and climate policy. These are key factors the industry has repeatedly underestimated.”