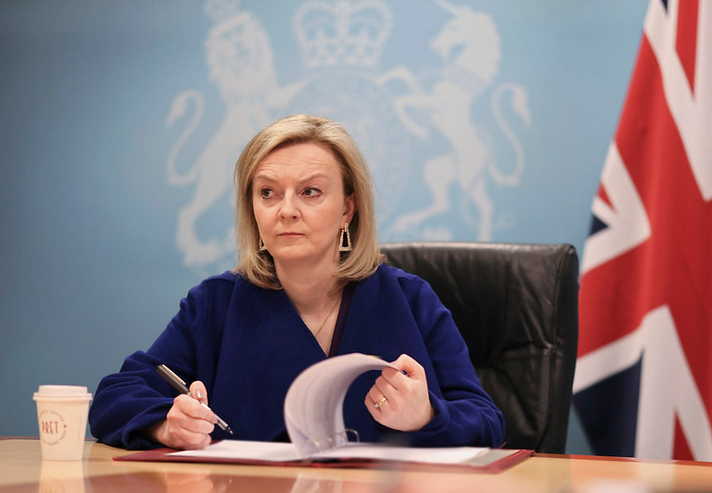 Today, Britain has a new Prime Minister, Liz Truss. As Truss takes the top job after winning the Conservative election race, she is under intense pressure to deliver on a range of issues, including the cost of living crisis and soaring energy prices.

As I write, she is about to announce key positions in her Cabinet, with known climate deniers and skeptics likely to be appointed.

While we are only in the first few hours of her Premiership, Truss has already given clues as to how she will handle the cost of living crisis and soaring energy bills caused by the Ukraine war and profiteering by the oil and gas industry.

What she will do is exacerbate the climate crisis. She will restart fracking again in the UK; issue up to a reported 130 new licenses for oil and gas for the North Sea as well as expand nuclear power.

All of these are completely the wrong solutions to our climate crisis, and in the case of fracking, will lead to huge community opposition.

It is no wonder that commentators are aghast at Truss becoming Prime Minister, with one in the Guardian noting that she will be happy “to let the world burn.”

One opposition councillor from Lancashire, where fracking was halted in 2018, told the local newspaper: “There is a global energy crisis, but fracking is not the answer. We saw the problems with earthquakes that fracking caused in Lancashire…What we need is an energy policy that focuses on renewables and promoting the benefits of green energy.”

The Green Party is calling Truss a “disaster for the climate.”

? We're calling on @trussliz to take real action on the cost of living crisis.

All of this is entirely predictable, though. Truss could be the most ideologically anti-green and anti-climate Prime Minister the UK has ever had. Even Margaret Thatcher understood that climate change and acid rain were problems.

Truss is a free market ideologue who spent ten years working at Shell. Since being in Government for over a decade, she has made it clear she is against solar power, cutting subsidies to solar when she was Environment Secretary.

Truss is also close to some of the most influential free market think tanks in the UK, including the Institute of Economic Affairs (IEA), with one opposition MP saying she will just become a “puppet” for “dark money” interests in government.

There are deeply worrying signs. She has been a friend of Mark Littlewood, the director of the IEA, for twenty five years. The IEA, which has a history of being funded by oil and tobacco companies, but which does not officially disclose its funding, once led the climate denial movement in the UK.

Truss has made numerous video appearances with the IEA, and in one she clearly describes herself as a “libertarian.” In a recent Youtube video, Littlewood called Truss a “Free marketeer from head to toe.”

In the past, Truss has tried to hide her meetings with the IEA, despite this being against parliamentary rules. She was then criticized when a Minister at the Department of International Trade for appointing representatives both the IEA and another right wing think tank, the Adam Smith Institute to a departmental “Advisory Group”.

The IEA’s sphere of influence will be all over Truss as Prime Minister, including via Littlewood and Ruth Porter, a member of her current campaign team and an alumna of the IEA.

She is also close to the influential economist, Patrick Minford, who is a fellow at the Centre for Brexit Policy and led Economists for Free Trade, both of which have strong ties to the UK’s current leading climate denial group, the Global Warming Policy Foundation.

But Britain’s new Prime Minister is not only close to so called “dark money” think tanks in the UK, but also Washington. In 2018 in a trip to DC, she met the Koch funded Heritage Foundation, American Enterprise Institute, as well as CATO and American Legislative Exchange Council (ALEC).

Yesterday, the UK website, Open Democracy, quoted a former Obama administration warning about Truss’ links to the US groups, such as Heritage and American Enterprise Institute. “You should be concerned if the tactics used by those groups are applied in the UK, because they have polarised the issue of climate change to the point that there is zero space for political debate, negotiation and compromise from the Republican Party”, he said.

Riley Dunlap, a professor at the Oklahoma State University, an expert on climate denial groups, told Open Democracy “Truss’s ties to these lobby groups are a bad omen for climate change policy making….She’ll keep the Tories from doing anything helpful unless really pressured, which seems unlikely.”