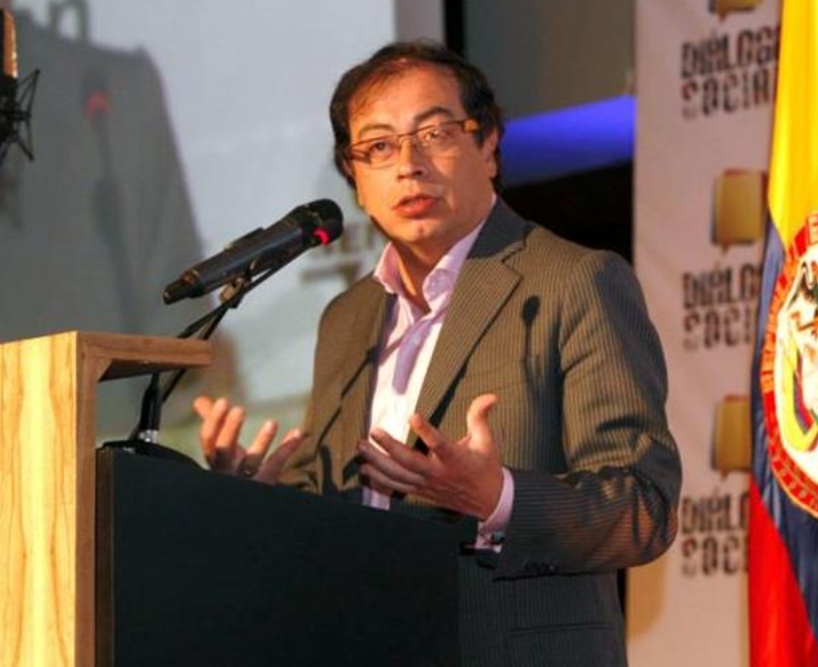 After his stunning electoral victory on Sunday in Colombia, Gustavo Petro, a former guerrilla and ex-Mayor of Bogota, has pledged to transition his country off fossil fuels during his time in office.

His victory marks a step change for Columbia where for over a quarter of a century the history of oil development in the country has been wrapped in a vortex of controversy, violence, and human rights abuses.

And it could signal the beginning of a new influential block of countries phasing out fossil fuels.

Oil industry development in Colombia has been particularly controversial and deadly. Back in the early nineties, oil giant BP discovered what was considered an “elephant” find, a once in a generation huge oil field in Casanare in the Andean foothills. It soon became the world’s largest oil field. Where BP led, other oil companies were quick to follow.

But behind the glossy brochures, the oil company was quickly accused of environmental degradation of farm lands and paying the Colombian military, which itself “was accused of murder, rape, illegal detention, torture and collusion with assassins,” the Guardian reported in 1996, in an article entitled “BP are oil rush villains.”

One community leader at the time said, “BP enter [our lands], destroy and if people complain they do the minimum asked. They do their exploration and leave us with holes, illness, prostitution, widows and orphans.” Another said to speak against “multinationals, is an act of suicide. It is almost like condemning oneself to death.”

After the oil find came the building of the controversial Ocensa pipeline, which transported the oil to the coast through areas torn apart by Colombia’s armed conflict, which saw 30,000 civilians murdered in just a few years. Hundreds of thousands of people were affected by the country’s wider civil war, which would also be inflamed by influx of oil money.

BP, which was by now the largest investor in the country, hired private security companies to protect the pipeline as well as providing equipment to some of the most notorious Brigades of the Colombian military, who were accused of horrific and bloody massacres of civilians. The oil giant also provided lethal military training to the Colombian police.

The oil scandals in the country continued to come. In 2002, the Sunday Times reported that BP had been accused of involvement in the murder of a Colombian environmental regulator who was to blow the whistle on oil-company corruption.”

In 2010, BP sold its operations in the country, but two years later it faced claims that it had been complicit in the kidnap and torture of a prominent trade union leader in Colombia, although the claim ended without costs being awarded.

This is despite the fact that a Guardian investigation would later reveal that the assassins sent to kill the trade unionist, Gilberto Torres, who had testified in court in Bogota that the assassins took orders to kill him directly from BP.

Torres, who later had to flee the country, said, “me and my family have had our lives destroyed because I tried to take a stand when I saw human rights and environmental abuses being committed to protect the interests of BP in Colombia.”

BP of course denies all accusations of complicity in human rights abuses. But it is important to understand the torrid history of oil-fueled violence in Colombia to put Petro’s dramatic election victory into context and how transitioning off oil can help the country’s long-term path to peace.

Petro was elected president alongside the Goldman prize-winning environmental campaigner Francia Marquez, who becomes the country’s first black Vice-President. Whereas Petro is a former guerrilla who spent time in jail, Marquez has fought for decades for environmental and ancestral land rights for the nearly 250,000 African descendants, who work primarily in small-scale agriculture and artisanal mining in the country.

Do not underestimate the significance of the victory. As the Financial Times reported, “the result represents a sea change for the South American nation, which for decades has been ruled by moderate and conservative politicians, mostly from the established elite.”

And one of the areas where there will be a sea change is oil, which along with coal are Colombia’s large sources of foreign currency. The country currently produces about one percent of global oil, gas, and coal.

In his manifesto, Petro had committed to “undertake a gradual de-escalation of economic dependence on oil and coal,” including not to grant any new licenses for hydrocarbon exploration during his four-year term in office and to halt all onshore fracking projects and the development of offshore.

If the country continues to produce the crude it’s already drilling, it would have 12 years to manage the transition to a clean energy economy. And if the fossil fuel phase out polices are enacted, Colombia could become the largest global fossil fuel producer to do so.

“These are not baby steps but huge steps towards the transition and reducing fossil fuels,” Colombian environmentalist Martin Ramirez spoke to Climate Home News.

Also Petro is now calling on allies across Latin America and the rest of the world to form a new bloc to transition from fossil fuels. Speaking on the campaign trail he said he wanted “a grand coalition of powers that can speak much more strongly in a global context to fight against climate change, and to transition Latin America toward economies that are decarbonized, productive and based on knowledge.”

Speaking to Climate Home News, my colleague, Romain Ioualalen said that Petro’s policies will have international significance. “Some of the most powerful examples of leadership when it comes to keeping fossil fuels in the ground are no longer coming from some of the European countries” that created the Beyond Oil and Gas Alliance, or BOGA. “It’s coming from a middle income country in Latin America.”

Many climate activists, scientists and economists will be watching now to see if Petro fulfills his election pledge. “My government will be one of transitions,” he said, “from extraction to production, from authoritarianism to democracy, from violence to peace.”