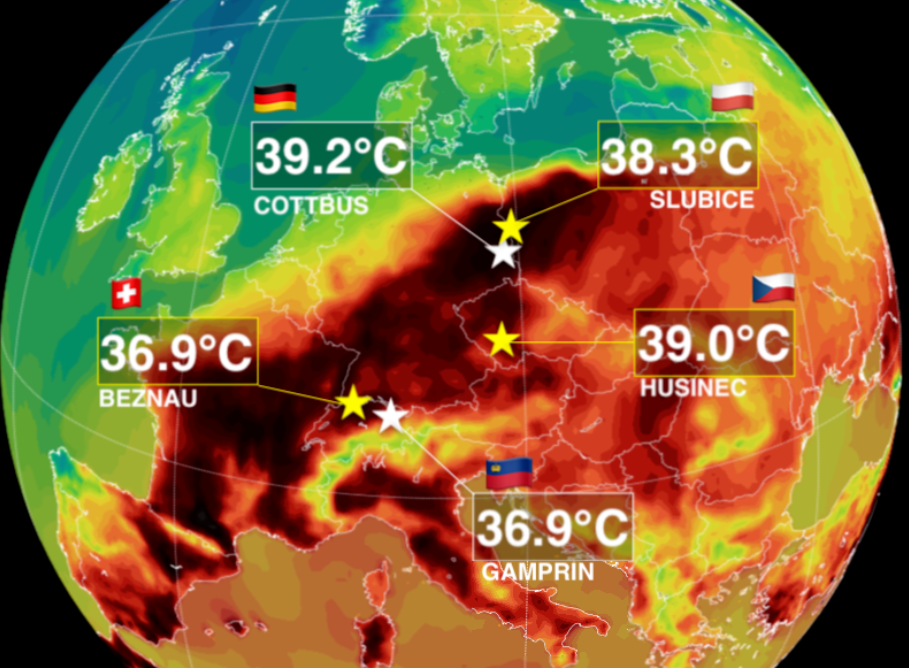 For years, academics and activists have been joining the dots between Big Tobacco and Big Oil. Where tobacco led with its dirty denial and delay campaign, Big Oil dutifully followed. They adopted the same playbook.

They employed the same public relations people. In the pursuit of blind profit, they both turned a blind eye to suffering and death.

As our climate emergency worsens, governments are still playing catch up to the scale and size of the challenge of the urgent need for decarbonizing our economy. The UN climate talks plod slowly on, unable it seems to break into a moderate jog of urgency.

Late last week, the Bonn Climate Change Intercessional ended with European nations once again being accused of being climate hypocrites by continuing to exploit the fossil fuel reserves of the developing world while at the same time failing to help these countries tackle climate change.

The Bonn talks were seen as a crucial bridge meeting between COP26 last year, held in Glasgow, and COP27 to be held in Egypt later this year. One climate campaigner, Harjeet Singh, from Climate Action Network International told the Guardian it was “hypocritical” for European countries such as Germany to “source new fossil fuels abroad while denying support to developing countries from climate-induced superstorms and rising seas.”

Despite the slow progress of the talks, the Secretary General of the UN has become increasingly vocal about climate change and the role spearheaded by Big Oil. In what has been described as a “blistering” attack, António Guterres has compared Big Oil to Big Tobacco.

In unusually strong diplomatic language, he said, “We seem trapped in a world where fossil fuel producers and financiers have humanity by the throat. For decades, the fossil fuel industry has invested heavily in pseudoscience and public relations – with a false narrative to minimise their responsibility for climate change and undermine ambitious climate policies.”

Guterres continued, “They (Big Oil) exploited precisely the same scandalous tactics as big tobacco decades before. Like tobacco interests, fossil fuel interests and their financial accomplices must not escape responsibility.”

And Big Oil’s stranglehold is having its usual devastating consequences, from floods to heatwaves as our weather gets more extreme by the day.

Big Oil could have acted decisively decades ago. But it did not. And millions have suffered because of its deliberate denial and delay. For the last twenty years, some twenty million people have been displaced by extreme weather every year.

And this year is no exception. In fact the opposite is true. This year records are being broken in the near daily climate carnage. Record continue to tumble from the Arctic to Antarctic, which both had record temperatures in March. In parts of Africa, they pray for rain, having not had a decent harvest for a decade.

At the same time for weeks India and Pakistan were gripped with extreme heat, again breaking records set 122 years ago. In May, it reached 49°C in Delhi. After the extreme heat come the rains. Now dozens have died as floods devastate north-eastern India and Bangladesh. In excess of two million people have homes underwater.

Countless others are stranded, with people being plucked from rooftops stranded by rising floodwaters. Huge swathes of north eastern Bangladesh are underwater. As one young person told the BBC, “After waiting a whole day on the roof of our home, a neighbour rescued us with a makeshift boat. My mother said she has never seen such floods in her entire life,” the 23-year-old added.

It is our climate emergency that is driving the extreme weather. As Aljazeera reported, although the monsoon rains are common, “experts say climate change is increasing their frequency, ferocity and unpredictability.”

Parts of the U.S. are flooding while some parts of the U.S. are baking, with iconic landscapes being permanently altered and scarred. And one of those was Yellowstone Park, where the river rose 6 feet last week in some places to its highest level on record.

“The unprecedented destruction has left many people in the region uneasy about their futures,” added the Post. “Extreme weather, from record-breaking heat waves to raging wildfires to more powerful hurricanes, is accelerating as global temperatures rise, destroying livelihoods and putting strain on all kinds of communities just like Yellowstone.”

Elsewhere the US has been baking, especially in the east, mid, and south-west. Last week, over a third of the US population, some 125 million people, had been urged to stay indoors amid record-breaking temperatures. Yesterday, CNN reported that the persistent heat dome which imposed oppressively high temperatures “will begin to shift further eastward… In the coming week, there are over 100 high temperature records that could be broken, mainly across the southern and eastern regions of the US.”

They are not the only ones suffering. Much of Europe is under intense record breaking heat too. Records have been broken in France and Spain. Forest fires rage in Spain. Last Friday, France saw temperatures of over 40°C (104°F). Children have been kept at home due to the extreme heat. And it’s only June, not July or August. “This is the earliest heatwave ever recorded in France” since 1947, said Matthieu Sorel, a climatologist at Meteo France. The Middle East, too, is also experiencing near record temperatures.

“As a result of climate change, heatwaves are starting earlier,” Clare Nullis, a spokeswoman for the World Meteorological Organization in Geneva, told AFP, before adding, “what we’re witnessing today is unfortunately a foretaste of the future.”

Eight years ago, one French weather presenter announced the forecast for 18 August 2050 showing record temperatures to try and show the reality of climate change. Those temperatures have now been reached decades early.

In 2014, this French weather presenter announced the forecast for 18 August 2050 in France as part of a campaign to alert to the reality of #ClimateChange.
Now her forecast that day is the actual forecast for mid-June 2022… We need to #ActOnClimate right now!#TiredEarth pic.twitter.com/r90P7IglsL

These floods and record temperatures are all down to the stranglehold Big Oil has on us. If we want a livable future in 2030, or 2040, or 2050, for the sake of our kids and grandchildren – we have to break it now.