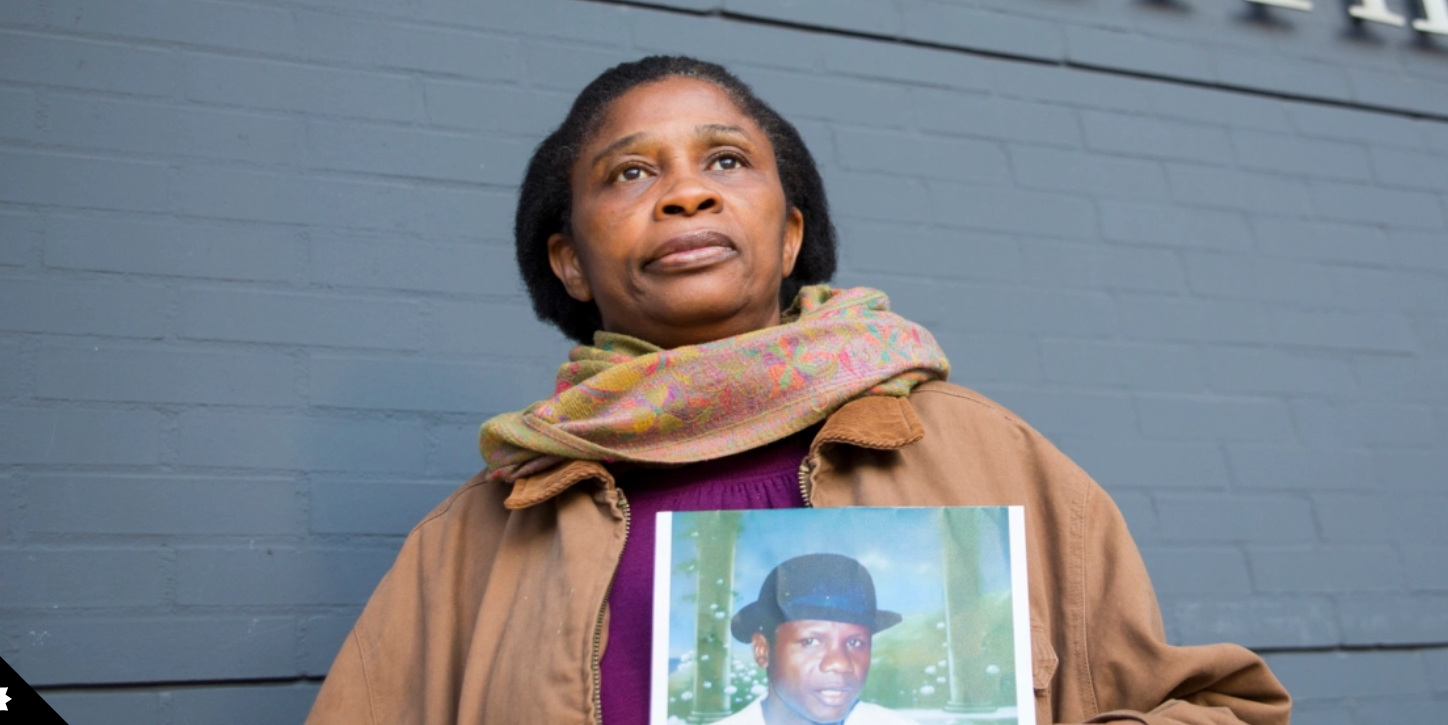 To take on one of the most powerful and devious oil companies in the world takes courage and determination.

For twenty seven long years, Esther Kiobel has sought justice for the detention and murder of her husband and eight other men, including the writer Ken Saro-Wiwa.

Collectively known as the “Ogoni Nine,” they were murdered by the Nigerian military for their campaign against Shell in 1995.

Trying to holding a company like Shell to account for its crimes is not for the feint-hearted. It will not be easy. For Shell, which has deep pockets to pay expensive lawyers, can just drag out the proceedings. And Shell was as slippery as an eel, trying every legal trick in the book to delay the legal proceedings or get them dismissed.

But Esther persevered. Days became weeks. Weeks became months. Months became years. And years became decades. Before long a quarter of a century had passed. And there was still no sign of justice.

In 2017, Esther Kiobel and three other widows, Victoria Bera, Blessing Eawo, and Charity Levula, brought a new legal case against Shell in the Netherlands. And today was judgement day in the Hague. A day for hope. A day of dreams.

But justice was not to be. Justice was denied. Those dreams were shattered like broken glass. Esther and the other widows lost their case against the oil giant. It is a gut-wrenching, cruel verdict.

It is also goes against the evidence that was presented to the court. I and many others have argued for decades that there is clear and compelling evidence of Shell’s complicity in the murder, including in a landmark report by Michael Birnbaum QC, who witnessed the trial and wrote a report for Article 19 in association with the Bar Human Rights Committee of England and Wales and the Law Society of England and Wales.

Three years ago, at a witness hearing, witness after witness told the Dutch court they had been bribed by Shell to frame the Ogoni 9, including Ken Saro-Wiwa, the famous Nigerian writer. It is also worth pointing out that the oil giant has always strenuously denied any wrong-doing over the murder.

Tweeting at the hearing three years ago, was Mark Dummett from Amnesty. Mark should be commended for his tireless support of Esther and the other widows and for holding Shell accountable for its crimes. Here are a couple of tweets from that hearing:

But the court dismissed these witnesses and this evidence, saying that there was not enough evidence. Today the court sided with Shell. You can read the judgement here. Part of the reason for the court’s decision seems to be that the court ruled that the claimants could not prove “conclusively to Shell involvement.”

When the offers of payments to the witnesses were made back in nineties, they would have been verbal and not in writing. Even Shell is not that stupid to make bribery payments in writing.

But the verdict shows once again how difficult it is holding the powerful to account.

Speaking after the judgement, Mark Dummett said, “these extraordinarily brave women are not giving up. Their voices have been heard. They should be commended for the invaluable work they have done to highlight the global culture of impunity for multinationals accused of human rights abuses.”

Dummett continued, “one of the many tragedies in this case is that spills from Shell’s oil fields are still wreaking havoc in the Niger Delta… Shell has thrown millions at the multiple lawsuits it is facing, but money will not be enough to clear its name.”

Whatever the judgement, we know that Shell has blood on its hands. We know it is responsible for rampant pollution in the Niger Delta. We know that one day justice will come, in part due to the sheer courage and determination of Esther and the other widows. And we will be waiting and watching too.  For Shell will face many more days in court.