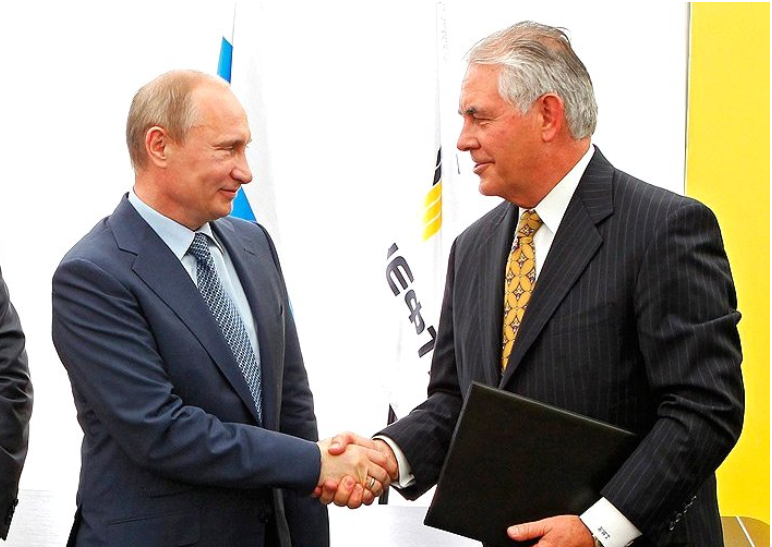 As Russia wages an illegitimate war in Ukraine, with over a million refugees, there are rightly calls for the West to urgently reduce its dependency on Russian gas.

Yesterday, the International Energy Agency published a ten-point plan on this that is overly reliant on continuing dependence on gas.

But as the price of gas rockets and governments scramble to secure short-term gas supplies from elsewhere, it is worth remembering one thing.

For decades Big Oil courted Putin and helped him exploit Russia’s vast reserves. Big Oil poured billions into Russia’s war chest with devastating consequences. The western oil companies turned a blind eye to Russia’s atrocities in their desperate attempt to get access to some of the world’s largest reserves of oil and gas. And so too did the British, US and other western governments that facilitated their companies exploiting Russia’s huge reserves.

Indeed, the vast expanse of Russia has always drawn the oil majors to its potentially vast riches. One of the most definitive books on Big Oil, The Seven Sisters – the Great Oil Companies and the World They Shaped, was published two years after the oil shocks of the early seventies in 1975. The author, Anthony Sampson, outlined how Russia’s huge reserves had ever since the “1880s provided alternatively threats and temptations to the American companies and they would do so for another fifty years”.

In the early twentieth Century, Russia was key for these companies: From the very beginning of its existence Shell, it is worth remembering was “intimately connected” with Russia’s oil trade, initially as a trader, recalls the official autobiographical book on the company. Sampson recalled how “oilmen” had “rushed to the scene” after the 1917 Bolshevik revolution, even though the revolution had led to Shell’s assets being expropriated.

Big Oil was not alone in wanting Russian oil and gas and cooperation. So too were the US and British Governments. For nearly a quarter of a century they have ignored the warning signs. In the definitive book on Exxon, entitled Private Empire, Steve Coll outlines how one ex-US intelligence official , said in 1998 that there was a “very very clear trend in Russian policymaking towards the US … of growing suspicion.” Despite this, the “prize was so alluring that all of the major Western oil corporations persisted in Moscow, nonetheless.”

The next sentence of Private Empire is long, but worth repeating in its entirety: “For all of Russia’s traps – unpredictable politics, Mafia-like cliques in business and Government who used murder and vendettas as negotiating tactics, prosecutors and judges subservient to shadowy powers, and a general absence of the rule of law – there was no other country on Earth with so much oil that offered even the pretense of capitalist-friendly opening. The numbers – the challenge of annual reserve replacement, the scale of Russia’s holdings – argued for risk taking”.

Successive US administrations and oil companies were prepared to take significant risks to get access to Russian oil and gas. Both President Clinton and President George W Bush pushed for closer energy ties with Russia.

To that end, Vladimir Putin and his wife dined with Bush and some close officials at Bush’s ranch in Texas in November 2001, just two months after 9/11. The dessert was pecan pie and ice cream. The dinner that night “marked the start of an oil romance between the Russian and American Governments, one that would soon draw in Lee Raymond and ExxonMobil”.

Exxon was already operating the  Sakhalin-1 project in Eastern Russia, but the “Bush administration’s oil initiative placed ExxonMobil’s business dealings in Russia in a new light”, notes Coll. Eager to foster new relationships, Exxon signed a $140 million contract with a Russian shipyard to upgrade a Sakhalin production platform. Meanwhile Putin and Bush called for the “successful advancement of the Sakhalin-1 project”.

Exxon was not the only Western company interested in Sakhalin. By 2006, Oil giant Shell was coming under intense pressure over the development of its $20bn [£11.2bn] oil and gas Sakhalin-2 project, which was Russia’s first offshore gas project off Sakhalin Island. The oil and gas also lies under the only known feeding ground of the critically endangered Western North Pacific Gray Whale, which lead to 60 local and international NGOs launching a major campaign against the project.

But, as Shell proudly states on its website: “Sakhalin-2 lays the foundation for Russia to become a leading energy exporter to the highly competitive energy markets of the Asia-Pacific region.”

Other oil companies also wanted to increase their slice of Russia’s oil and gas pie. To this end, other Western leaders wanted to schmooze Putin too. The website Declassified recently reported that the “UK ignored Chechnya war crimes to push BP’s oil interests as it worked to get Vladimir Putin elected in 2000”.

According to the article, written by Matt Kennard, in March 2000 then British Prime Minister Tony Blair flew to Russia for a whistle-stop visit, becoming the first Western leader to meet the new fledgling Russian President Vladimir Putin in person.

Foreign Office briefing notes, obtained by Declassified reveal that Blair was asked “to lobby for BP regarding the bankruptcy of the Russian oil company, Sidanco, in which BP had bought a 10% stake in 1997 for $571-million.”

Not only would Sidanco go on to be saved, but BP increased its stake in the company to 25% for a further $375 million in 2002. The following year, BP paid another $7-billion to Russian oil company TNK to form a 50-50 joint venture to exploit Siberia’s oil deposits. Blair continued to court Putin. By the end of 2001, Blair had met Putin nine times.

In 2003, BP founded TNK-BP, creating one of the country’s largest oil producers and making BP Russia’s biggest foreign investor, according to Bloomberg. In 2013, it sold out to Rosneft, getting $12.5 billion in cash and a 19.75% shareholding.

At the time, then CEO Bob Dudley said the deal “gives us a wonderful opportunity to forge a new partnership with a great Russian oil company.”

BP was not alone. Three days ago, my old colleague, Antonia Juhasz tweeted:

Between 2011 – 2013, then Exxon CEO Rex Tillerson signed cooperation agreements for 10 joint ventures with Russia’s Rosneft. As a result, Exxon's Russian holdings mushroomed to become nearly five times larger than its second-largest holdings—those in the U.S.

In 2013, Putin awarded ExxonMobil CEO Rex Tillerson the Order of Friendship, one of the highest honors Russia gives to foreign citizens. Tillerson had made his name in the company managing its Russian assets and got the top job due to his close connection to Putin. In 2017, Donald Trump made Tillerson Secretary of State.

In 2014, Exxon was forced to exit Russia’s arctic after sanctions were imposed on Russia following  its invasion of Crimea. At the time, Exxon argued the sanctions were unfair.

But Exxon continued its Sakhalin investment. According to CNN, until recently Exxon had 1,000 employees in the country. Meanwhile Sakhalin had become a cash cow for the Russians. “Since its startup, Sakhalin-1 has generated more than $18.3 billion in payments to Russian federal and regional governments,” reported CNN.

So too did Shell. Until it announced it was exiting Russian due to the war in Ukraine, Shell still had joint ventures with Russian state energy firm Gazprom, and a 27.5% stake in the Sakhalin-II liquefied natural gas facility, a 50% stake in the Salym Petroleum Development and the Gydan energy venture. The ventures were worth about $3 billion. Shell also announced it would exit its stake in the Nordstream 2.

Shell’s move came after BP said it would offload its 20% stake in Kremlin-owned oil firm Rosneft, valued at some $14 billion. BP had seen its Rosneft partnership as strategically important and was keen to promote its partnership, even until very recently, despite the buildup of troops by the Russians. Until last week, Bob Dudley from BP was still on the Rosneft Board.

NEW: BP boss Bernard Looney praised Rosneft and its Kremlin-linked head Igor Sechin in October, while it was providing fuel to the Russian troops massing on the Ukrainian border. pic.twitter.com/AwaUSCofaD

After BP and Shell pulled out, Exxon left too. Most of the majors had gone. The French company Total, still in the country, said it would not be issuing capital for new projects.

As the New York Times noted: “The decisions by Exxon, BP and Shell end an era that began with the mass entry of Western companies into Russia at the end of the Cold War. The businesses once hoped the country, which has some of the world’s largest reserves of oil, natural gas and other commodities, would become a promising emerging market.”

The big western companies may be gone, but still their spin doctors want to limit the damage. The American Petroleum Institute has reportedly been lobbying Congress and the U.S. government to limit the scope of U.S. sanctions.

Back in January an API spokesperson said: “Sanctions should be as targeted as possible to limit potential harm to the competitiveness of US companies”. And that means putting Big Oil’s interests above anything else. Something they have done for decades.

It is time to finally turn our back on Big Oil and the vortex of violence and human suffering that often encircles it. It is time to end our fossil fuel addiction to help stand with Ukraine.

The fact that Russia’s reckless decision to wage an unprovoked war has sent oil and gas markets spiraling is yet another reason to speed up the transition to clean energy that are far more stable, secure and affordable over the long term. And investing in them will put us on a path to peace.