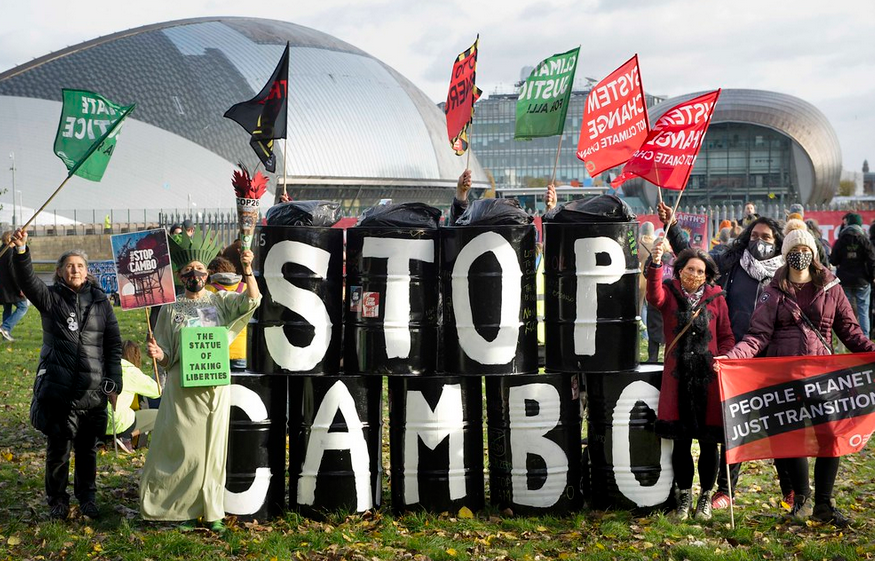 Climate campaigners in the UK are celebrating further good news today after it was reported that the firm behind the highly controversial Cambo oil field off the Shetland islands is “pausing” the project.

The reason the new development is so controversial is that Cambo is one of the UK’s largest undeveloped offshore oilfields. It could hold 170 million barrels of oil and 53.5 billion cubic feet of gas, which scientists say we cannot afford to burn if we want a liveable future.

The International Energy Agency says that to keep a 50% chance of limiting global warming to 1.5C, there can be no new oil and gas developments from now on – not from the Cambo field nor from any other new field.

The news came just a week after oil giant Shell pulled out of the project. Even last week, the main developer of the site, Siccar Point Energy, said it would plough on regardless. But not any more.

Today, the BBC reported that Siccar Point Energy’s Chief executive officer Jonathan Roger said: “We are pausing the development while we evaluate next steps”, because the project could not progress on the “originally planned timescale”.

Rogers tried to put a positive spin on this huge setback by saying that “we continue to believe Cambo is a robust project that can play an important part of the UK’s energy security providing homegrown energy supply and reducing carbon intensive imports, whilst supporting a just transition”.

Indeed, whilst the news was once again welcomed by climate campaigners, they took the opportunity to urge the British Government to usher in a truly green just transition.

Reacting to the news, Friends of the Earth Scotland’s Head of Campaigns, Mary Church, called the decision “another nail in the coffin for the Cambo oil field.”

Church called on the UK Government to “officially reject the Cambo proposal once and for all and end licensing for all new oil and gas projects if it wants to play its part in limiting dangerous climate warming.”

“Planning for a rapid and just transition to renewable energy cannot wait any longer or continue to be left to the whims of fossil fuel companies and the market”, said Church.

Others were quick to call on the UK Government to do more to era in a just transition in light of the news.

This is HUGE news. Now the UK government needs a real plan for a #JustTransition for industry workers & communities and to rule out new oil & gas projects once and for all #StopCambohttps://t.co/JgefEzS2wX

Including my colleagues at OCI:

Time to face the inevitable & necessary decline of the fossil fuel industry and plan for a just and equitable transition for affected workers and communities @BorisJohnson @AlokSharma_RDG @KwasiKwarteng. #StopCambo #PaidToPollute https://t.co/M0stDWmDzc

My colleague, Laurie van der Burg, the Global Public Finance Campaign Co-Manager at OCI also said: “”This win has been achieved thanks to tireless campaigning and organizing by the people behind #StopCambo. It’s yet another example that shows that people power can and will stop (or in this case at least delay) new fossil fuel developments.”

Laurie added: “Now we need the UK government to face the inevitable and necessary decline of the fossil fuel industry. The UK needs to ban new oil and gas licenses and support a just transition for affected workers and communities.”