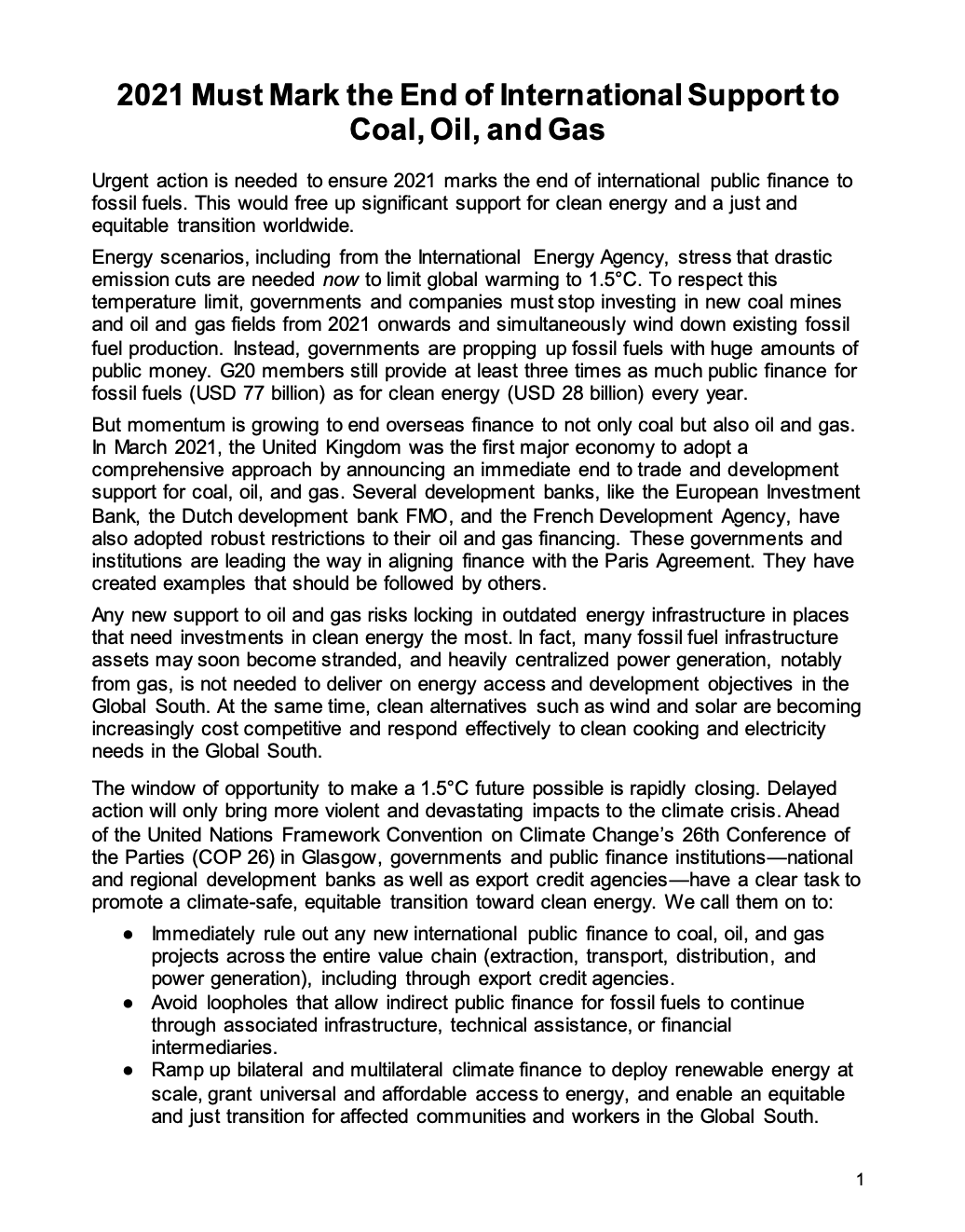 Urgent action is needed to ensure 2021 marks the end of international public finance to fossil fuels. This would free up significant support for clean energy and a just and equitable transition worldwide.

Energy scenarios, including from the International Energy Agency, stress that drastic emission cuts are needed now to limit global warming to 1.5°C. To respect this temperature limit, governments and companies must stop investing in new coal mines and oil and gas fields from 2021 onwards and simultaneously wind down existing fossil fuel production. Instead, governments are propping up fossil fuels with huge amounts of public money. G20 members still provide at least three times as much public finance for fossil fuels (USD 77 billion) as for clean energy (USD 28 billion) every year.

But momentum is growing to end overseas finance to not only coal but also oil and gas. In March 2021, the United Kingdom was the first major economy to adopt a comprehensive approach by announcing an immediate end to trade and development support for coal, oil, and gas. Several development banks, like the European Investment Bank, the Dutch development bank FMO, and the French Development Agency, have also adopted robust restrictions to their oil and gas financing. These governments and institutions are leading the way in aligning finance with the Paris Agreement. They have created examples that should be followed by others.