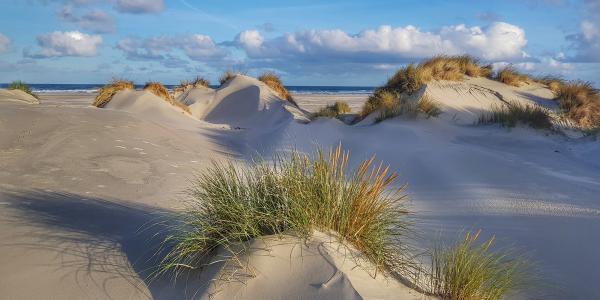 Today I am on the beautiful island of Terschelling in the Netherlands, known for the Waddenzee with its unique ecosystem, mudwalking, and “pondkoek”. I am here to attend the annual Springtij Forum, a Sustainability Festival described as an “influential meeting place for everyone committed to a sustainable future in the Netherlands”. Together with Nine de Pater from Friends of the Earth Netherlands, I have been invited to receive a prize for our work on the Shell climate court case, which was won at the District Court in The Hague in May.

In an unprecedented decision, the District Court held Shell accountable for its role in causing the climate crisis and ordered the company to reduce its emissions by 45% by 2030. Shell’s recent decision to appeal the ruling did not come as a surprise. No matter the outcome, the case, which Friends of the Earth Netherlands filed together with over 17,000 co-plaintiffs and 6 other Dutch NGOs, has already had a massive impact — spurring public debate, inspiring lawyers, researchers, artists and campaigners across the world and sending a warning shot to the fossil fuel industry that climate litigation risks are very real.

Of course this work was far more than a two woman show. Nine and I worked with a strong team of communicators, organizers, science and legal advisors and our lawyer Roger Cox on the legal and campaign strategy. Outside pressure from activists was equally critical to secure this win. Still, we are grateful for the recognition and a platform to spotlight the importance of holding fossil fuel companies accountable for wrecking the climate.

But something does not feel quite right. Soon after learning about the prize, I found out that the fossil fuel industry and its financiers are official sponsors of the Festival. These partners “opt not only for a financial contribution, but also for co-creation [of the festival] based on content.” In short, partners are able to buy their influence at this “influential meeting place”.

NOGEPA, the Dutch lobby association of the oil and gas industry, is one of these fossil fuel partners. On the Springtij website, NOGEPA writes that it wants to contribute to the energy transition: “First of all, by extracting gas safely, responsibly, efficiently and as cleanly as possible for as long as we need it in the Netherlands and as long as it is available.”

This fossil fuel sponsorship is diametrically opposed to everything I stand for and everything the Shell climate case embodies. Extracting new fossil gas is not contributing to the energy transition, it is directly undermining it. Climate science tells us that there can be no investments in new gas extraction and that the production of gas needs to be reduced by 3% every year until 2030 in order to limit global heating to 1.5°C. The oil and gas industry is not prepared to face this truth. In the complaint that we submitted to the Dutch court in 2019 we discussed the fossil fuel industry lobby efforts to successfully oppose, weaken and delay meaningful climate action in great detail.

And it gets worse. New gas extraction is a very live issue in the Netherlands, and specifically the Waddenzee, which serves as the unique, biodiversity-rich setting of Springtij. Just a month ago, the Dutch Minister of Economic Affairs and Climate Policy, Stef Blok, announced that he plans to approve new gas drilling there by none other than Shell and Exxon Mobil. The Ternaard gasfield would contain 7.5 billion cubic meters of gas, which would result in about 15 million tonnes of CO2 emitted. There is an odd connection between this planned drilling and Springtij. The Founder of Springtij, Wouter van Dieren, lobbied for it. Together with his consultancy ISMA, which had Shell among its clients, he put forward a proposal that NAM (the joint venture of Shell and Exxon) could drill for gas and use part of their revenues for a fund to protect the Waddenzee and stop overfishing. The Dutch government approved his plan back in 2002.

New gas drilling is fundamentally inconsistent with staying below 1.5°C. But the drilling site is also a UNESCO World Heritage Site. The Waddenzee is the “largest unbroken system of intertidal sand and mud flats in the world, with natural processes undisturbed throughout most of the area” and “is considered one of the most important areas for migratory birds in the world”. It is also already affected by climate change and at risk of sea level rise which may “seriously impact the structure, functions and characteristic biodiversity of the Wadden Sea ecosystem, as well as the safety of the inhabitants of the region.”