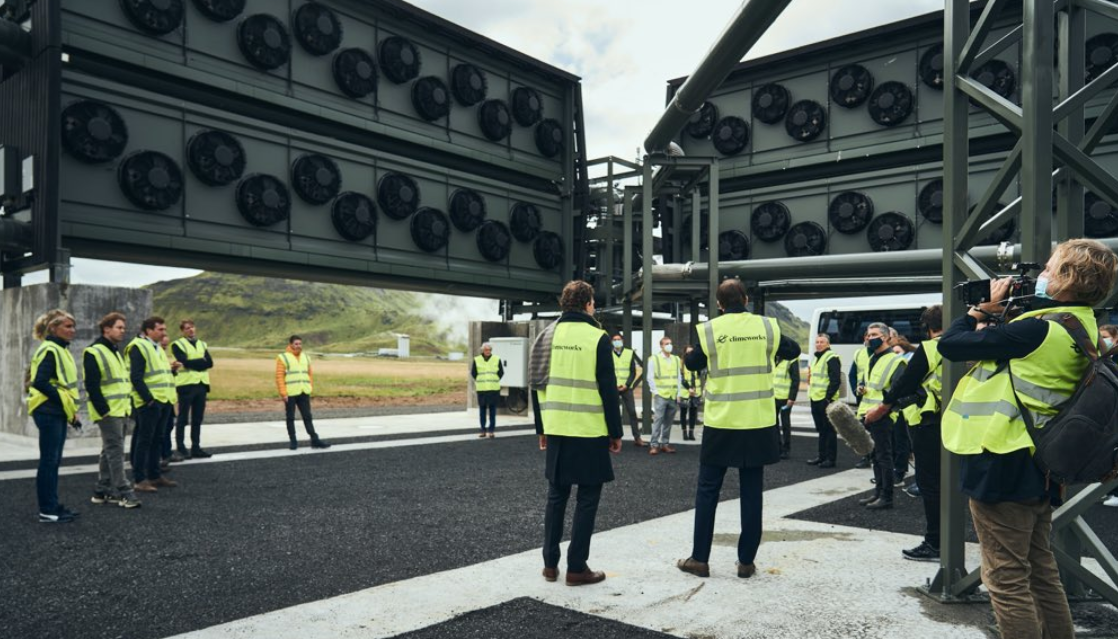 The latest techno-fix to try and reduce carbon dioxide emissions has begun operations in a remote, bleak landscape of Iceland.

Called Orca, or Icelandic for energy, it is the first such facility to suck carbon dioxide out the air and then permanently dispose of it underground as it dissolves into rock.

Climeworks’ co-chief executive Jan Wurzbacher told the Financial Times, “this is the first time we are extracting CO2 from the air commercially and combining it with underground storage.”

Most CCS projects to date try and capture carbon dioxide in a smoke stack after carbon has been burnt, where concentrations of CO2 can be as high as ten percent. However, the Orca plant extracts carbon dioxide directly out of the air, which is less than 0.05 per cent.

So although this plant is different from other CCS projects, such as Gorgon in Australia, it is easy to question whether this is another so-called solution that offers false hope at a time-scale that is unrealistic.

Firstly, it is way more expensive than other CCS projects. As Bloomberg notes: “Individuals wanting to purchase carbon offsets can pay the company up to $1,200 per ton of CO2.”

And then there is CCS’s perennial problem of scale. The new Orca facility, which is built by Swiss startup Climeworks and Iceland’s Carbfix, will capture 4,000 tons of CO2 a year, which according to Bloomberg Green, makes “it the largest direct-air capture facility in the world.”

As with much CCS technology, there is immediately a problem. 4,000 tons of CO2 is the equivalent of the annual emissions of 250 US residents or some 870 cars. As other CCS projects, it is not living up to the hype or the hope. Also to put it in perspective, 33 billions tons of CO2 will be emitted this year.

It is not surprising that reporting on Orca, the Guardian noted: “Critics however argue that the technology is still prohibitively expensive and might take decades to operate at scale.”

The Financial Times added: “Critics of direct air capture say the technology is too expensive and consumes too much energy to operate at a meaningful scale.”

The world's largest direct-capture plant has begun pulling carbon dioxide out of the air in Hellisheidi, Iceland. But it would take 8 million more plants this size to offset human CO2 emissions. https://t.co/CxBmLfYWjl pic.twitter.com/S1EbvncTP3

A key line in the piece highlights the continuing coyness of DAC proponents (not just Climeworks) to actually say how much it costs to sequester/store a tonne of carbon. This is something that they have avoiding for years. pic.twitter.com/JbPVvygMjb