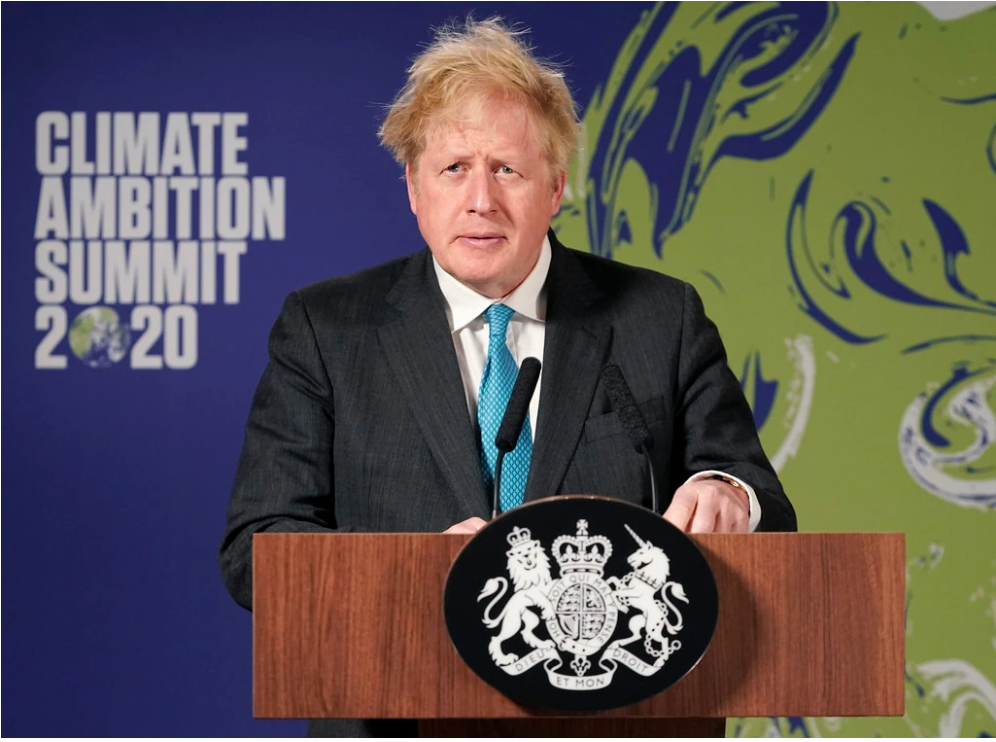 In 6 months from now, the UK is due to host the next big United Nations (UN) climate change conference, COP26. This Summit was originally planned for last November, but got delayed because of the pandemic, which continues to ravage countries and communities across the globe. The situation is currently particularly dire in India. For those concerned about the situation in India, here is a list of ongoing and updated places to send financial support.

There are many similarities between the pandemic and the climate crisis. The burning of fossil fuels – the leading cause of climate change – not only warms our planet but also causes widespread air pollution. This means both COVID-19 and the climate crisis – cause people to literally gasp for air. The impacts of both crises are worst for those that are most vulnerable, while the rich have the financial means to save themselves. As a result, they both worsen inequality, not only in-country but across the globe.

For the pandemic and for the climate crisis, solutions are known and they exist: for the pandemic this includes social distancing, face masks and vaccines and for the climate crisis, this includes energy efficiency and shifting from fossil fuels to renewable energy. In both cases these solutions can be deployed in a just or in an unjust manner. For just responses international solidarity is key.

Ahead of the Joe Biden Climate Summit last month, civil society made clear what international solidarity means for addressing the climate crisis: countries need to do their fair share to reduce emissions, and rich countries need to pay the climate debts they owe towards just and equitable climate action. Importantly, the climate crisis also requires countries to stop fossil fuel expansion, with rich countries and particularly those with more diversified economies moving fastest to phase-out oil and gas production.

Research by Oil Change International shows that even if coal were phased-out overnight the emissions from oil and gas reserves currently in production would push the world beyond 1.5°C. This means that there is no space to further expand fossil fuel production. Our analysis is backed up by other experts. Research by UNEP and others tells us that coal, oil and gas production needs to decline — coal by about 11%, oil by about 4% and gas by about 3% every year over the next 9 years. UNEP’s Global Methane Assessment which got published last week adds that “without relying on future massive-scale deployment of unproven carbon removal technologies, expansion of natural gas infrastructure and usage is incompatible with keeping warming to 1.5°C.”

The world is looking to the United Kingdom (UK), which as the COP26 host sets the climate Summit’s agenda, to set the right example. At the Biden Summit, the UK pledged to reduce emissions by 78% by 2030, but what exactly is the UK doing to curb fossil fuels, with six months left till COP26?

Spoiler alert: the fossil fuel picture for the UK is a rather confusing one. Let’s start with the good stuff.

In December 2020, the UK took the groundbreaking decision to end public finance for fossil fuel projects overseas, which amounted to 4.7 billion pounds between 2010 and 2017. It was the first major economy to make such an announcement. In March 2021, it introduced its new policy, putting an immediate end to virtually all fossil fuel projects. The government committed to “work with like-minded partners to make similar commitments” and to “convene a vision for how other countries, public and private financial institutions and multilateral development banks can accelerate the energy transition by collectively shifting international support from all forms of fossil fuels to clean energy.”

This could be an important area of success for COP26 as momentum is building on making 2021 the year in which the balance of public finance for energy tips from fossil fuels to clean.

The European Investment Bank (EIB), which decided to end its fossil fuel finance in 2019, and the UK are leading on this agenda and other countries and institutions might join them soon. In January 2021, the US Biden administration released an executive order stating that the US will seek to “promote ending international financing of carbon-intensive fossil fuel-based energy”. During the same week, the EU foreign affairs council agreed to “discourage further investments in fossil fuel-based energy infrastructure projects in third countries”. In March 2021, seven EU countries launched an Export Finance for Future (E3F) coalition committing “to assess how to best phase out export finance support to oil and gas industries”.

Globally, G20 governments still provide about three times as much public finance for fossil fuels (USD 77 billion) as for clean energy every year. It is therefore critical that progress on this agenda gets accelerated, especially as governments are deploying historic levels of public finance in response to COVID-19.

As more and more governments and public finance institutions work to shift their public finance out of fossil fuels and into clean energy, it is critical to ensure they get the policy details – the scope and timeline of the exclusion policies – right. The above-outlined climate science tells us that new fossil fuel finance is fundamentally inconsistent with staying below 1.5C, and that as such, bans on new public finance for fossil fuels should be immediate and need to apply to coal, oil and gas.

To build towards a success at COP26 on this agenda, the UK will need to put its diplomatic efforts behind working with leading governments to jointly set an ambitious standard for getting public finance out of fossil fuels, and shifting it to support a just and green recovery. A key near-term moment that is coming up for this agenda is the G7, where the UK is holding the presidency this year.

This is an opportunity for UK leadership that cannot be missed. But there is one not insignificant issue (next to the UK’s widely criticized proposal to slash its aid budget) that risks undermining the UK’s credibility in its claim to leadership on this agenda. This takes us to the bad part of the story. The UK’s domestic efforts on fossil fuels.

In addition, the UK is failing to plan for a managed phase-out of domestic oil and gas production, starting with a ban on new licenses and accompanied with a just transition for affected workers and communities to avoid a chaotic and unjust transition.

Despite recent revisions of both its licensing policy and its policy to “maximize economic recovery” of oil and gas, the UK has not followed Denmark’s lead in banning new oil and gas licensing rounds. In December 2020, Denmark joined a small but growing group of countries (including Costa Rica, Ireland, France, Spain, New Zealand, Portugal, and Belize) that are imposing (partial) bans on oil and gas extraction to protect the environment and the climate.

The UK government maintains that its policy to “maximize economic recovery” is not inconsistent with meeting climate goals, even if the science tells us that staying below 1.5C requires countries to keep fossil fuels in the ground, not to maximize their production.

While a decline in production might sound positive, the 2% decline rate is not even coming close to what is needed to stay below 1.5°C. Even if the UK doubled its rate of production decline, it would only meet the world average required for 1.5°C (4%) and would fall far behind the pace that would be consistent with legally binding equity principles.

From an equity perspective, the UK needs to be among the countries that move fastest in phasing out oil and gas production and thus faster than the 4% annual decline rate required, according to the UN-co-authored Production Gap report. The UK has a large responsibility for historic emissions, is well-resourced and has a more diversified economy than many other oil and gas producing countries do. From this perspective, the UK can and should move out of fossil fuels quickest, alongside countries like Norway, the US and Canada.

It is obvious that maximizing economic production of oil and gas is off the mark when the world needs to rapidly reduce oil and gas production to protect life on this planet. But there is more to this policy that does not quite add up. This has to do with the definition the UK uses to establish what drilling is economic and what drilling is not. That definition reads as follows:

This obscure language hides an inconvenient truth. Ignoring taxes when determining what oil and gas production is economic means ignoring the huge subsidies that are given to the oil and gas industry in the form of tax relief.

Extractive Industry Transparency Initiative (EITI) data shows that 19 companies operating in the UK have only received net-subsidies since the Paris agreement got adopted in 2015. The total support paid out to these companies, which include BP, Shell and Exxon is, added together, estimated at £3.2 billion. In 2019, Shell received the biggest subsidies, receiving over £100 million from the UK taxpayer, whilst paying over a billion dollars in tax in Norway in the same year.

Supported with taxpayers money handed out by the UK government, these companies continue to maximize production that is profitable to them, not the general public, while undermining the world’s chances to limit global warming to 1.5°C.

Overall UK revenues from oil and gas production are on a long-term downward trajectory and increasing decommissioning costs, estimated at £51 billion in total by the Oil and Gas Authority, declining production, and past Petroleum Revenue Tax (PRT) obligations mean that in future, revenues will be at best very small and likely negative.

So where does this leave us?

With only six months left till COP26, the UK as host clearly has work to do. While there might be huge potential in leveraging the policy that ends public finance for fossil fuel projects overseas, the UK’s lack of action on fossil fuels domestically risks undermining its credibility in its claim to leadership in accelerating fossil fuel transitions.

Like in the case of the pandemic, equity and international solidarity are critical ingredients for a just response to the climate crisis. When it comes to phasing out fossil fuels, that means ending the billions of taxpayer backed subsidies to the oil and gas industry and planning for a rapid and 1.5°C-aligned decline of oil and gas production, with a just transition for oil and gas industry workers and affected communities.

The recently announced North Sea Transition Deal was a huge missed opportunity for the UK to lead on fossil fuel phaseout. As long as the UK’s generous tax regime is stacked in favor of fossil fuel producers we all lose.