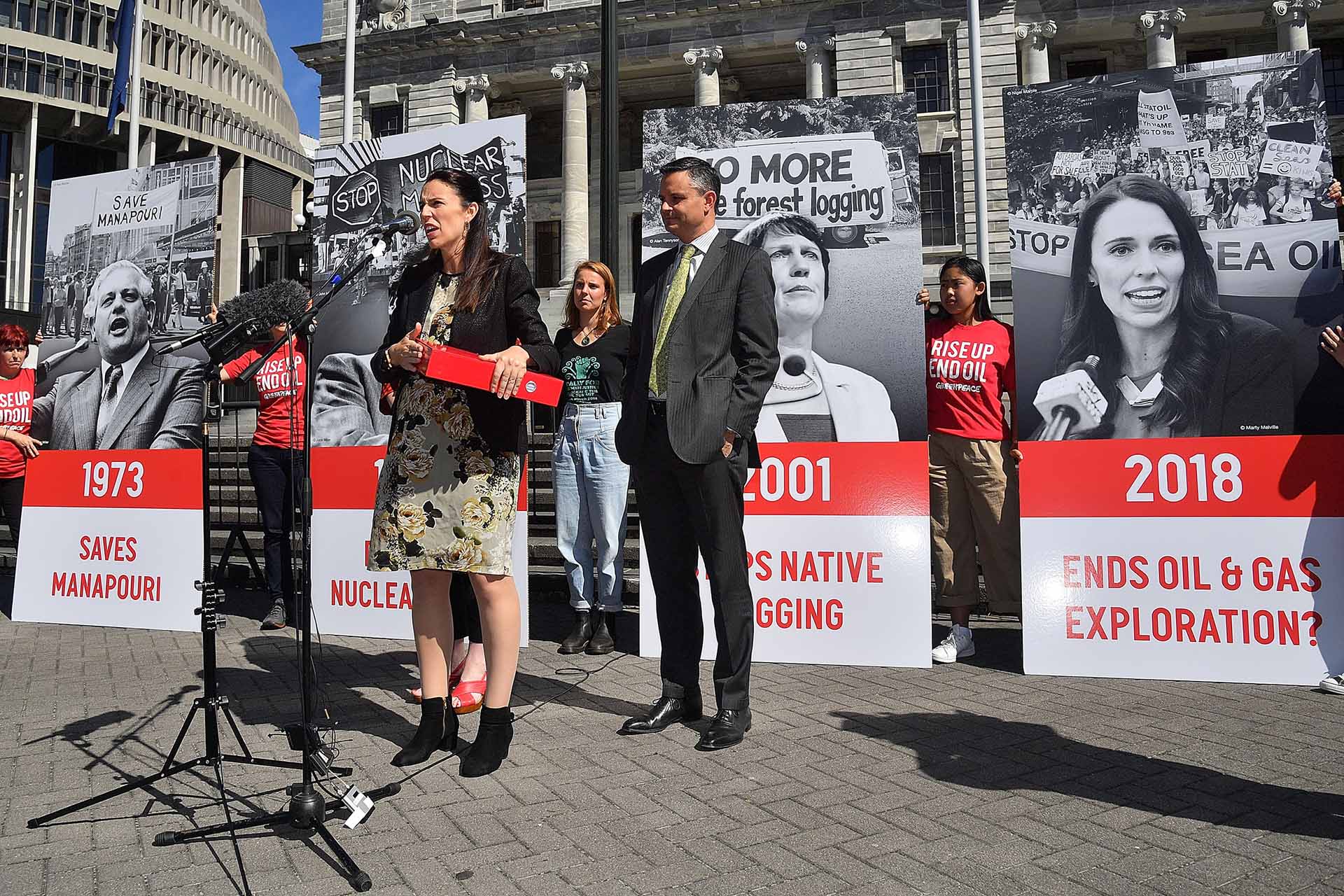 In a world buffeted by a relentless news cycle of COVID-19 and its human and economic fallout, there was a collective sigh of relief last week, when news broke that New Zealand Prime Minister Jacinda Ardern had won an overwhelming landslide election victory.

For many, within and outside of New Zealand, it was a moment to savor. There is no doubt it was a stunning victory. “Tonight New Zealand has shown the Labour Party its greatest support in at least 50 years,” Ardern declared as the results trickled in.

But with a big result and mandate under her belt, come big expectations, especially on climate change. As Ardern works on forming her new government, potentially with some kind of formal or informal agreements with the Green Party and the Maori Party, pressure is building for her to show real, global, transformative leadership on climate action.

Ardern now has her moment in history on climate. There is a precedent to make history. Way back in the 1930s, the last Labour government with a majority like this created public hospitals, free healthcare, and the welfare state.

For a politician who now commands global adoration, Ardern’s climate record does not match her reality. She has called climate change this generation’s “nuclear free moment,” one of the biggest challenges that faces us. But her action has so-far, fallen short.

Her government’s 2018 ban on new offshore oil and gas exploration was ground-breaking. New Zealand is one of the small, growing group of countries taking meaningful supply side action against oil and fossil gas production.

Kera Sherwood-O’Regan (Kai Tahu), a Maori climate justice advocate and co-founder of social impact agency Activate, gives Ardern’s coalition a C+ on the issue, writing in the Guardian. Sherwood-O’Regan argued that “the government as a whole routinely ignores those communities actually at the frontline of climate and environmental destruction in favor of keeping in with the agricultural and business sectors.”

Even former National Prime Minister, Jim Bolger, has described Ardern’s previous coalition government as “timid on green responses.” They are not alone in their criticism.

Newsroom recently labeled her “patchy record on climate” with “incremental policy shifts,” instead of radical, commensurate action. The paper noted that “it’s projected New Zealand will miss its raw Paris target for greenhouse gas emissions, and may have to buy international carbon credits as an offset.” Moreover, this target itself has been widely criticized as inconsistent with a 1.5ºC climate scenario.

The previous Labour-led coalition government focused much of its attention on building long term climate policy architecture, like the Zero Carbon Act, rather than implementing policies to confront the urgent need to cut emissions now. Much of the Just Transition promised alongside the new exploration ban has failed to materialize to date.

Earlier this month, the Greens welcomed Labour’s climate commitments but “will push for more action to match the scale of the crisis.”

This gap, between rhetoric and reality, must close. Some 80 percent of Kiwis want action on climate change and roughly the same number want a progressive green recovery from COVID-19.

Domestic pressure is growing. “With an historic landslide to Labour, solid wins for the Greens and the departure of NZ First,” said Greenpeace New Zealand Executive Director Dr. Russel Norman, “this new government has no more excuses.”

Further afield, using diplomatic language, climate leaders are pushing for action too. “The realization of the gap doesn’t make me critizise, Prime Minister Ardern, but rather encourage her, and everyone else, to go farther,” says Christiana Figueres, the former executive secretary of the United Nations Framework Convention on Climate Change, who led the UN Paris Agreement talks in 2015. Five years later, the clock is ticking loudly.

New Zealand’s Pasifika communities and neighbors are already facing many of the impacts of the climate crisis the worst. Mary Moeono-Kolio of the Pacific Climate Warriors has highlighted the importance of justice-centric climate policies, especially as “it’s still disheartening to see that the issues Pacific communities are most concerned about are basic human rights and necessities.”

The bottom line is, only banning new exploration or extraction is not enough to stop global warming below 1.5ºC. As our The Sky’s Limit research revealed, burning just the oil, fossil gas, and coal in existing, operating fields and mines would push our world beyond 1.5ºC or even 2ºC of warming. 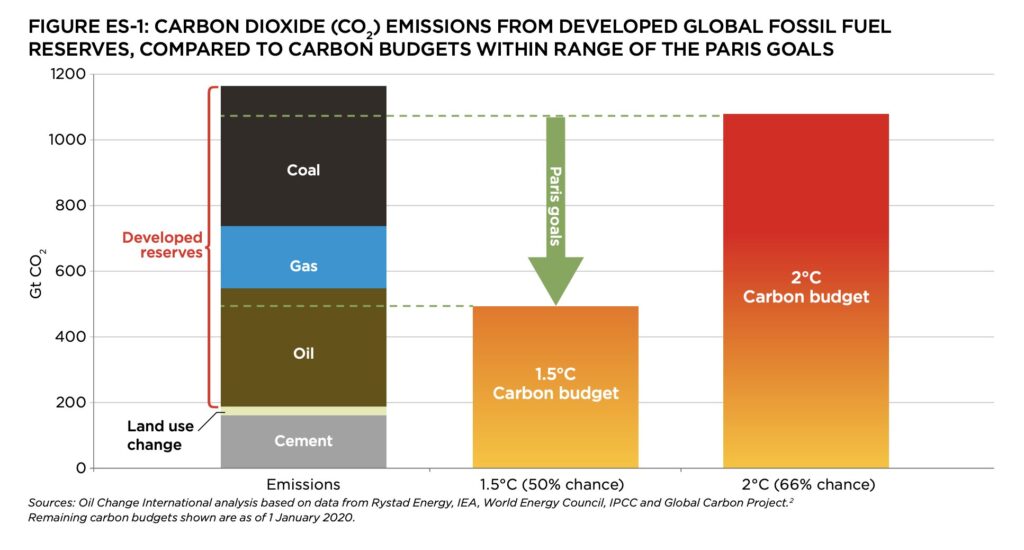 New Zealand’s Zero Carbon Act enacts the Paris Agreement’s 1.5ºC goal in law, but the existing ban on new offshore oil and gas doesn’t reflect that ambition. There’s no room to issue new onshore exploration permits, or even to let existing permits run through to the end of their lifespans.

Now, with much of the global oil and gas industry in a chaotic, unmanaged decline that is harming workers, communities, and nature, it’s more important than ever for governments to prove real climate leadership by managing the decline in fossil fuel production.

In doing this, it’s critical that other justice questions are not neglected. Climate justice demands that the New Zealand government uphold Te Tiriti o Waitangi (visiting and listening to the land protectors at Ihumatao would be a great start).

So Jacinda, you have drawn global praise for your COVID-19 response and for your show of compassion in response to terror. Now is the time to show radical far-reaching action on climate change.