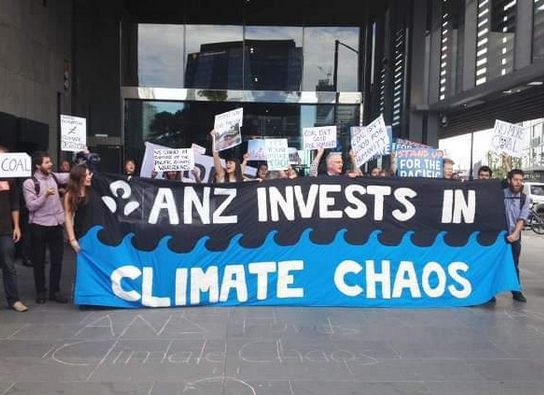 Due to the worst bushfire threat in decades, the authorities in the Australian Capital Territory (ACT) have just declared a state of emergency in Canberra.

South of the city a huge blaze burns marching towards the suburbs. The Chief Minister of Australia’s Capital city, Andrew Barr, told reporters earlier today that tomorrow the fires “may become uncontrollable”.

But Canberra is not alone: According to the New South Wales Fire and Rescue Service, earlier today there were “54 fires burning, 28 are not contained. Tomorrow will be a long, hot and windy day for south eastern NSW & ACT with Severe fire danger ratings forecast. Under these conditions, a number of fires will spread and may threaten properties.

Severe fire danger forecast across south eastern NSW and ACT for Saturday. Under these conditions, a number of fires will spread and embers may be experienced if fires flare up. Check fire prediction maps at https://t.co/v0YTVv1hBD #nswrfs #nswfires @ACT_ESA pic.twitter.com/gzI1bPZSlD

The authorities are warning of severe fire danger across south eastern NSW tomorrow and are warning residents to check for their “bush fire survival plan” and to “make final property preparations now.” The warning to residents is stark: “Leaving early is your safest option. Don’t wait until it’s too late, as roads may be impacted.”

For many residents it is the ultimate nightmare: risk death to stay and defend your home, or risk ruin by leaving your home to burn. It is no wonder that millions of Australians are angry. And now they are fighting back.

Yesterday, bushfire victims, together with Friends of the Earth Australia, launched a claim against the Australia and New Zealand Banking group (ANZ) using the complaint mechanism of the Organisation for Economic Cooperation and Development (OECD), to get the bank to align its lending and investment portfolio with the Paris goals.

The complaint alleges that ANZ – which remains Australia’s largest financier of fossil fuel industries – has failed to meaningfully adhere to the Paris Agreement reduction targets across its lending portfolio. The complaint also alleges the bank’s failure to disclose the full extent of it is lending emissions is a breach of the OECD Guidelines for Multinational Enterprises, an international set of rules governing corporate conduct. It has been submitted to the Australian Government’s OECD National Contact Point, which is responsible for hearing complaints of corporate wrong-doing under the OECD Guidelines.

Jack Egan, one of the co-complainants whose home in coastal New South Wales was destroyed in the recent devastating bushfires on New Year’s Eve, said “I’m joining this climate case against ANZ so we don’t have to go through these disastrous or worse fires every year. We are not seeking damages or compensation from ANZ, I just want them to stop fuelling dangerous climate change.”

Friends of the Earth’s Legal Officer, Emila Nazari, added that the bank had increased investment in coal 34% over the past two years as it lent $8.8bn to the fossil fuel sector.

“Australia is burning and yet ANZ continues to invest billions of dollars in climate wrecking projects. It is illegal for someone to light a bushfire, and we believe it is illegal for companies to finance the burning of our common home. This case is one of many to come against climate criminals,” said Nazari.

The complaint has received support from groups on the frontline of climate change from around the world and was inspired by a successful complaint against the ING bank in the Netherlands by Friends of the Earth, Oxfam and Greenpeace.

A detailed copy of the complaint can be found here.