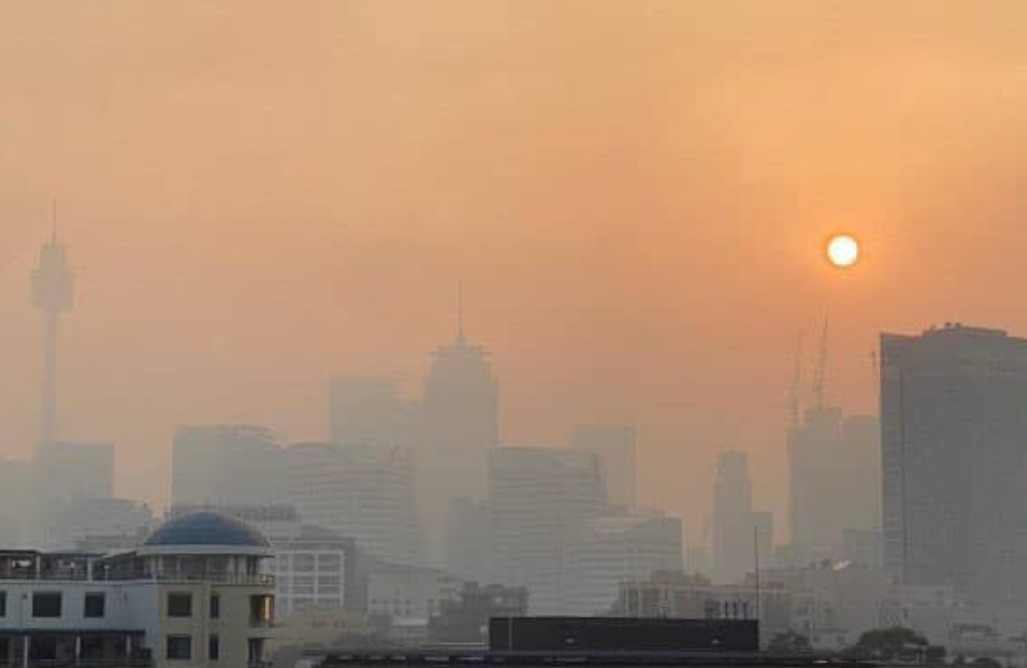 In contrast, earlier today young activists, fed up with the slow pace of change, staged a sit in at the COP to try and make world leaders “WAKE UP”.

Happening now: Climate strikers protesting inside #COP25 with a silent sit-in to get government leaders to WAKE UP. #howdareyou #climatestrike pic.twitter.com/XoJte9GW4x

Thousands of miles away, the urgency of the climate emergency is being played out in real time as the crisis affects lives, homes, communities, businesses, wildlife, and protected habitats in Australia.

And the situation is getting worse. Earlier today the devastating bush fires that have been raging through large swathes of new South Wales came together to form one super fire. The Premier of the state said the whole coast was on fire.

The fires are so intense that they are even showing up as rainfall on radar. Journalists, firefighters, and residents on the ground have never seen anything like it.

The cause and the effect..The massive #NSW fires are in some cases just too big to put out at the moment. As you can see here they're pumping out vast amounts of smoke which is filling the air, turning the sky orange & even appearing like significant rain on our radars. #nswfires pic.twitter.com/AMcssFIoEq

The Sydney Morning Herald’s chief photographer Nick Moir recalls witnessing flames over 100 feet high after an “explosion of all of the bush being converted to raw energy” and also witnessing a “massive roar.”

He adds: “The air was filled with heat and embers. Not just thousands but millions of them, stinging our faces in areas that weren’t exposed. The radiant heat pushed everyone back, but spot fires and the embers swept through us as the winds increased to about 80 kilometres per hour … I could smell the hair on my face cooking, being singed.”

Former Rural Fire Service Commissioner, Phil Koperberg has warned that New South Wales (NSW) faces “a very dire situation” and the worst is yet to come. The NSW Rural Fire Service commissioner Shane Fitzsimmons has added that the long-term forecast of low rainfall and above-average temperatures means some fires could burn for weeks, even months. “We’ve still got months ahead of challenge and the only forecast for rain is late January to early February of any meaningful substance,” he says.

Meanwhile, the images of the bush-fires, including video on Twitter, are shocking.

This fire is burning above my farm — now about 1km away. One of several blazes in my community, one of dozens in our state. We are running out of water. Firies and old timers have never seen the likes of this fire/drought. Can we talk climate change now? I’m ready. Are you? pic.twitter.com/88rvPWJ2MI

Just… Watch this video. All 53 seconds of it.
Footage from within the NSW bushfires from firefighters. #Firestorm #NSWfires

The anger is growing, too. Karl Mathiesen, an editor on Climate Home tweeted in response to the above video footage:

Yesterday, Australia's national firefighters union called on the government to urgently phase out coal, oil and gas because climate change puts their crews and volunteers in harrowing situations like this more and more often https://t.co/S24bafL9Du

Others want action on climate too. As the Guardian reports: “Groups representing business, unions, farmers, investors, the environment and social policy advocates say Australia should adopt climate change policies that can put it on a stable path to net zero national greenhouse gas emissions if it is to play its part in the Paris agreement.”

But Australia is led by the climate denier Scott Morrison, who just wants to ignore the fires and carry on expanding coal production. In Madrid, his delegation will act as shadows of what climate leaders should be.

As Richie Merzian, Director of Climate & Energy Programs at the Australia Institute writes in Climate Change News: “At COP25, Australia will try and keep a low profile, focus on blue carbon and avoid discussing its accounting tricks to meet its Paris promises.”

When it comes to climate change, he says, “Australia’s response is to just keep on digging (literally – which is why it remains the world’s largest coal exporter).”

Why is it that we have a nonsensical situation – where a land burns, the children and old and sick can’t breathe, but a politician sits snugly in the pockets of the fossil fuel industry?

Merzian writes that “Understandably, the fossil fuel industry is a powerful lobby in Australia and at one stage, this self-described ‘greenhouse mafia’ bragged about actually drafting Australia’s climate policies.”