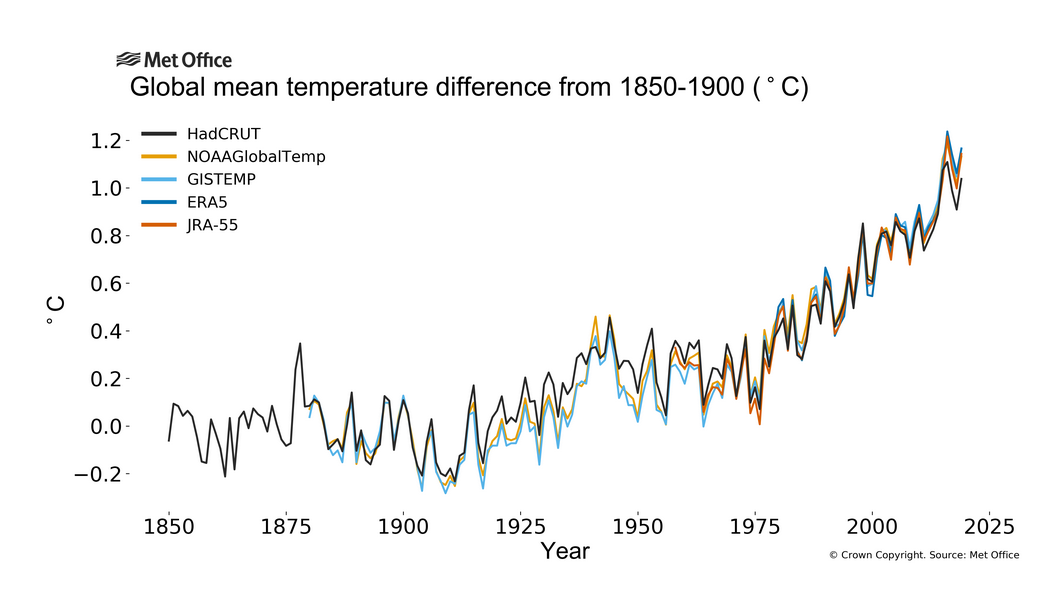 For those following our climate crisis and the near-daily stories of extreme weather being experienced around the world, this will come as no surprise.

Provisional figures released by the World Meteorological Organization (WMO) at the UN COP25 climate conference in Madrid reveal that the previous decade is set to be the warmest on record.

Unless you are a die-hard climate denier, it will also not come as any surprise that this “exceptional heat” is caused by greenhouse gas emissions.

According to the WMO: “2019 concludes a decade of exceptional global heat, retreating ice and record sea levels driven by greenhouse gases from human activities. Average temperatures for the five-year (2015-2019) and ten-year (2010-2019) periods are almost certain to be the highest on record. 2019 is on course to be the second or third warmest year on record.”

As we break temperature records, we break CO2 concentration levels, too. “Concentrations of carbon dioxide in the atmosphere hit a record level of 407.8 parts per million in 2018 and continued to rise in 2019. CO2 lasts in the atmosphere for centuries and the ocean for even longer, thus locking in climate change,” reported the WMO.

The organization’s Secretary-General, Petteri Taalas, said: “If we do not take urgent climate action now, then we are heading for a temperature increase of more than 3°C by the end of the century, with ever more harmful impacts on human wellbeing. We are nowhere near on track to meet the Paris Agreement target.”

Other scientists reacted to the news with alarm. Dr. Joanna House, from the University of Bristol, told the BBC: “It’s shocking how much climate change in 2019 has already led to lives lost, poor health, food insecurity and displaced populations,” before adding: “What is more shocking is how long very little has been done about this.”

Indeed, other research has revealed that, despite the 2015 Paris UN climate agreement, where countries agreed to try and limit warming to 1.5°C degrees, carbon emissions this year will still be 4% higher than in 2015.

According the Global Carbon Project, an academic consortium that has measured carbon dioxide the figures annually for years, “Global CO2 emissions from fossil fuels and industry have increased every decade from an average of 11.4 Gigatonnes (GtCO2) of carbon dioxide in the 1960s to an average of 34.7 GtCO2 per year during 2009-2018.”

It added: “Emissions in 2018 reached a new record high of 36.6 GtCO2, with coal taking the biggest share at 40 per cent, followed by oil at 34 per cent, gas 20 per cent, cement at 4 per cent and flaring at one per cent”. The GCP added that Global emissions in 2019 are projected to increase by an additional 0.6%, which is still increasing, although at a slower growth than in the past two years.

Rob Jackson, a professor of earth science at Stanford University and chair of the Global Carbon Project, said in an interview with the Washington Post: “We’re blowing through our carbon budget the way an addict blows through cash. It’s troubling, because carbon dioxide pollution is higher than it’s ever been.”

The Project found that although coal use may be declining, natural gas is increasing and is booming due to shale. This is bad news for the climate.

In October, Oil Change International (OCI) and other NGOs issued a briefing that outlined that “the latest climate science and rapidly changing energy markets indicate the need to rapidly shift away from fossil gas,” yet the International Energy Agency “mistakenly presents gas as compatible with a decarbonized future.”

The briefing outlined that “with its over reliance on natural gas, the International Energy Agency’s flagship World Energy Outlook (WEO) promotes an energy scenario that will exhaust a global 1.5°C carbon budget by the early 2030s.”

At a side event at the COP today in Madrid, Kelly Trout from OCI picked up this theme again. As OCI tweeted about the event: “The @IEA‘s *most* ambitious scenario only gets to net-zero emissions by 2070. This is what lets them say that $11 trillion for oil & gas expansion is compatible with the Paris goals!”

The @IEA's *most* ambitious scenario only gets to net-zero emissions by 2070. This is what lets them say that $11 trillion for oil & gas expansion is compatible with the Paris goals! – @kellyatrout. We need to #FixtheWEO stat. pic.twitter.com/xLbh9AxCrm

I’ll close with a quote Rob Jackson from the Global Carbon Project. He said that 2019 had been “another lost year leading to another lost decade. I don’t want to belittle the important things that have happened and are happening, but they are not enough. People will look back at us and wonder, ‘What were you doing?’”