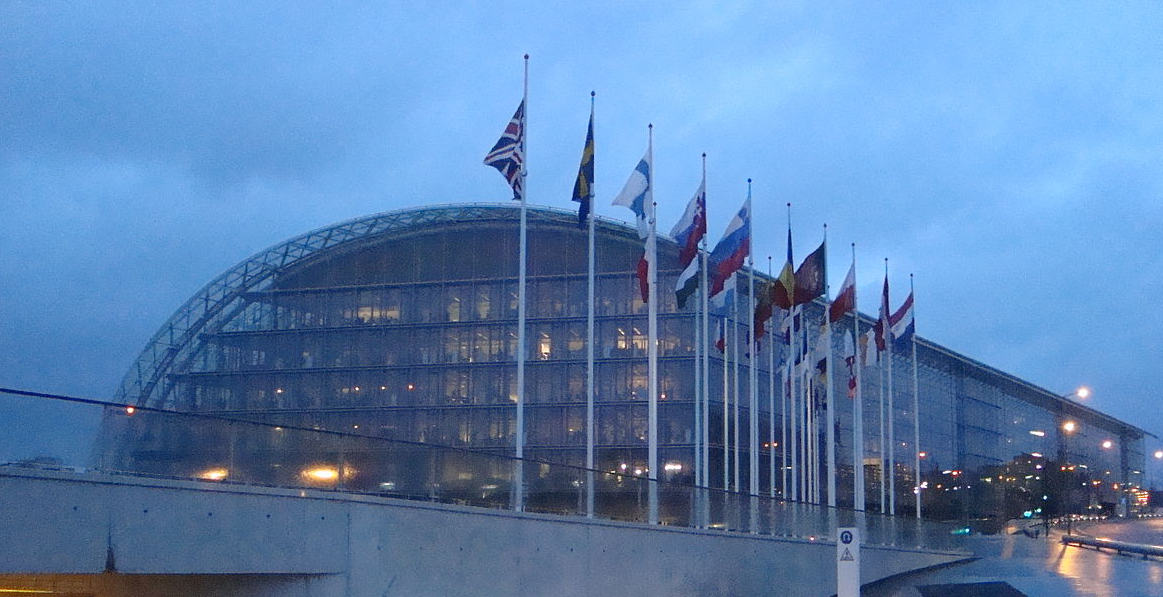 As climate wins go this has been a long time coming but it is also a big one. It should not be understated.

For years climate campaigners and organizations such as Oil Change International (OCI) along with scientists, students and huge sections of civil society, have been targeting the hugely wealthy and influential European Investment Bank (EIB) to stop funding fossil fuels.

The reason was simple: the EIB is the world’s largest multilateral development bank. And despite the climate crisis, the Bank was still funding large amounts of fossil fuel projects.

According to a previous analysis by OCI, since 2013 the EIB’s fossil fuel finance has averaged more than EUR 2 billion annually. Despite growing evidence that gas is neither green nor a bridging fuel, the largest portion of this funding has been going to gas infrastructure projects.

Under increasing pressure to act, back in July this year, the EIB’s Board proposed a potentially ground-breaking policy to stop all loans to fossil fuel projects from 2020, based on the urgent need for the EU to decarbonise in line with the Paris Agreement goals. But there was resistance from Germany and other fossil fuel friendly member states to carry on financing gas.

However, earlier this week, in the run up to yesterday’s Board meeting, as they prepared to vote on excluding natural gas from its lending policy, lawyers from ClientEarth issued a clear warning: continuing to finance fossil fuels would breach the Bank’s legal duties.

ClientEarth CEO, James Thornton, said: “Our message to the EIB’s Board of Directors is clear: it must revert to its original draft policy, cutting gas lending out of its portfolio and channelling investments instead into clean energy and carbon-neutral solutions. In the transition to net-zero, it is impossible to justify ongoing finance to fossil fuels from the public purse.”

It added that the EIB will align all financing activities with the goals of the Paris Agreement from the end of 2020. Furthermore, its financing will “unlock EUR 1 trillion of climate action and environmental sustainable investment in the decade to 2030.”

After the Board meeting, EIB President Werner Hoyer, said: “Climate is the top issue on the political agenda of our time. Scientists estimate that we are currently heading for 3-4°C of temperature increase by the end of the century. If that happens, large portions of our planet will become uninhabitable, with disastrous consequences for people around the world.”

He added: “The EU bank has been Europe’s climate bank for many years. Today it has decided to make a quantum leap in its ambition. We will stop financing fossil fuels and we will launch the most ambitious climate investment strategy of any public financial institution anywhere.”

The EIB press release celebrating the policy also gave a nod to the power of activism, citing the petitions signed by tens of thousands of people who called on the Bank to stop funding fossils.

Although the cut off date was one year later than the draft policy, this is still a significant win for the climate. However, there are caveats as well. According to an analysis by the Financial Times, “Under the new regime, certain low-emission gas projects will still be possible, as long as they meet a new lower emissions performance standard of 250 grammes of Co2 per kilowatt/hour.”

After hearing the news, Alex Doukas, the Lead Analyst with OCI, who has been working on this issue for years, said: “This new policy is a signal to the wider financial community that the era of fossil fuels is past. The policy approved today positions the EIB ahead of its peers by starting from the assumption that new fossil fuel infrastructure is not acceptable if we are serious about fighting climate change”.

Doukas did criticise the EIB for caving in to lobbying by Germany and the European Commission over the gas “loopholes”. “The inability of the EIB to pass a policy consistent with the Paris Agreement underscores the hold the fossil fuel industry still has over EU politics,” he said.

What is clear now, is that other multilateral development banks must now act too. Nick Mabey, the chief executive of think-tank E3G, said “The EIB is sending a message to other financial institutions that investment in fossil fuels is drawing to an end.”

Sébastien Godinot, an economist at WWF’s European policy office, added: “All public and private banks must now follow suit and end funding of coal, oil and gas to safeguard investments and tackle the climate crisis.”

Kate Cahoon, from 350.org, also commented that “When the world’s biggest public lender decides to largely ditch fossil fuels, financial markets across the globe will take notice: this is the beginning of the end of climate-wrecking fossil fuel finance.”