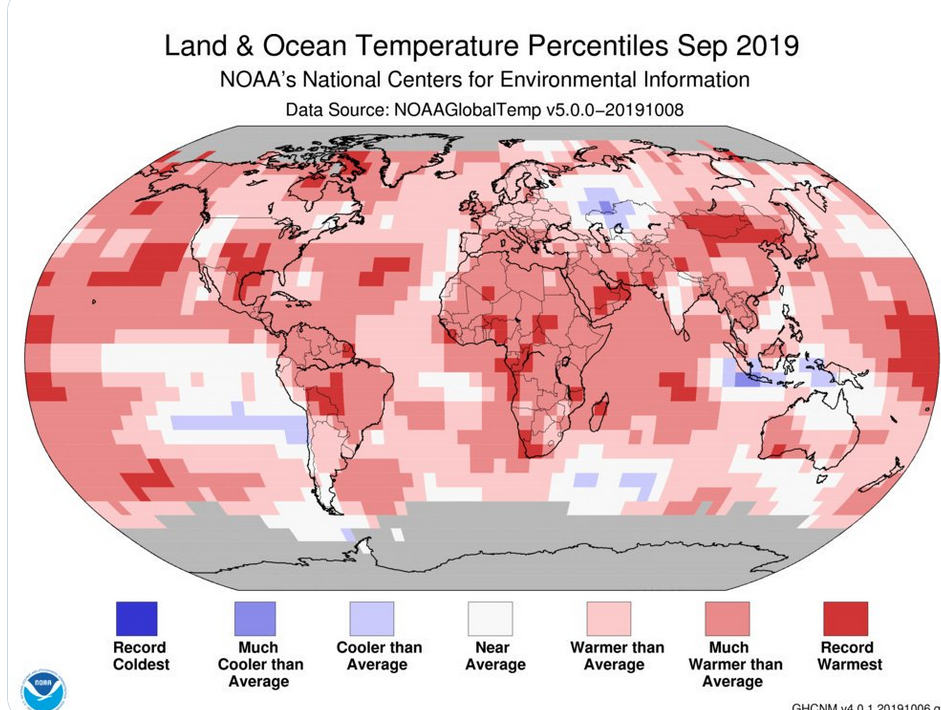 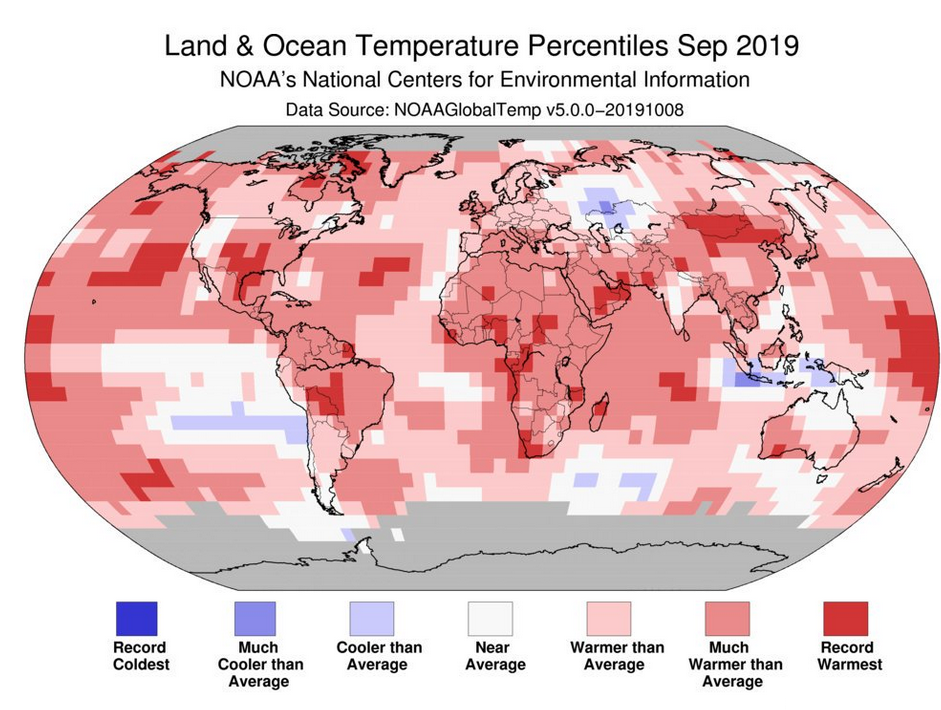 If any of us needed further evidence that our planet is rapidly warming, scientists at the National Oceanic and Atmospheric Administration (NOAA) today gave their update for September, stating in a tweet that “2019 ties with 2015 as the warmest September on record for the planet, with average global temperature at 1.71°F above average.”

According to NOAA, the month also capped off another warm year so far, with the globe experiencing its second-warmest January through September ever recorded.

There were other worrying events too:

Responding to the report, the meteorologist Eric Holthaus tweeted:

A reminder, as the political world descends further into distracted chaos, we are setting new records in how fast we are heating this planet.

We are in a climate emergency. https://t.co/MkL9eDS90B

Someone should tell our politicians that we live in a climate emergency, too.

Just hours after NOAA released the findings, it was announced that our climate crisis will not even be on the G7 agenda next June, which ironically is being held at the golf course of the climate denier in chief, Donald Trump.

Its director, Noah Bookbinder, said: “Given the potential consequences the president is facing for abusing the presidency for his own gain, we would have thought he would steer clear of blatant corruption at least temporarily; instead he has doubled down on it. The president is now officially using the power of his office to help prop up his struggling golf business”.

To make matters even worse, according to Trump’s White House Chief of Staff, Mick Mulvaney, climate change “will not be on the agenda at the summit.” He added that the summit would instead focus on “global growth and challenges to the global economy”.

Eric Holthaus responded to this with even greater fury:

This is the grotesque, flagrant corruption of a failed economic system:

A billionaire president violates the Constitution to invite world leaders to a resort he owns in a city that is sinking into the sea and says "no, we will not talk about how we are destroying the planet." https://t.co/XQp76BIGst

It is hard to find the words to describe Trump’s actions. The greatest crisis of our time is set to be ignored by global leaders as our world warms, crashes, and burns. It is beyond contempt.

If the deniers in the Trump Administration don’t want climate change to be on the agenda next year, through our collective actions, we must make sure our voices and that of the climate is heard.