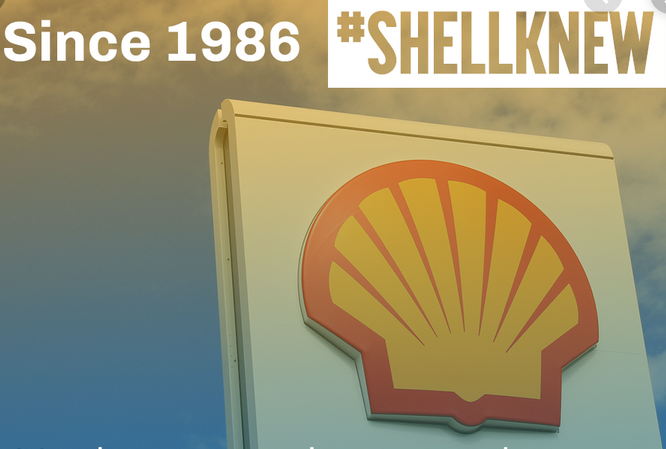 In total for the group, oil and gas production for Shell was predicted to be in excess of 2.65 million barrels of oil per day.

In effect, it’s business as usual for the company, which is determined to just keep on drilling. For the company, there is no urgency about climate change, despite the fact it has known about the crisis for decades and the mounting evidence from scientists and researchers saying we cannot drill for any more oil.

While it may have dipped a toe into the renewable pool, Shell belligerently refuses to dive in to help achieve a livable future, despite decades of science imploring Big Oil to act.

Sometimes it is difficult to delve into the mind of those at the top of the industry. They keep their cards close to their chest. They are busy people with failing, crumbling empires to run. We know they are in a dilemma, though. Demand for urgent climate action is rising rapidly. Over seven million have marched depending climate justice in the last two weeks alone. There is a global disinvestment campaign, which is highlighting the growing risks of stranded assets.

You can imagine how the brain of Shell CEO Ben van Beurden works: If he tries to help save the climate by rapidly disinvesting out of oil and gas, in his mind he risks the lucrative return to shareholders. Van Beurden knows that Shell is still addicted to oil: two thirds of its cash flow comes from oil.

If he disinvests, he also risks what he believes is the nightmare scenario of disinvesting potentially lucrative assets only for someone else to burn the oil or gas. To this end, last Friday’s Financial Times had an incredibly insightful article with Van Beurden.

As the paper notes: The “conundrum facing Shell – the world’s biggest dividend payer – comes just as the orthodoxy that companies must put maximizing profits above all else comes under renewed scrutiny.“

Van Beurden admitted to the Financial Times that he has not even set a timetable by when the Shell group wants to expand its renewable portfolio so that one third of company’s revenues come from solar and wind, along with oil and gas.

It’s clear Van Beurden and his company remains addicted to oil. According to the Financial Times: “the ‘single biggest’ regret for the Shell boss would be abandoning its oil and gas business prematurely. That, he says starkly, is something Shell ‘could not live with.’”

Furthermore, years ago, the Shell executive recalls a story of when his daughter came home in tears having being told that “oil and gas companies were destroying the world and only Greenpeace could save the planet.”

When his daughter asked why he wasn’t giving all their money to Greenpeace to solve the climate crisis, he replied: “You have to trust me.”

For many who have witnessed Shell’s collusion with the military in Nigeria in human rights abuses, as it has despoiled and polluted the Niger Delta, trust is a contradiction in terms from Shell. Its inaction on climate compounds our concerns.

Even now, as our climate emergency has grown, and the science screams for action, the Dutch oil baron thinks there is a “legitimacy” to carry on investing in oil and gas we cannot afford to burn. How he rationalizes the science with his children, I have no idea.