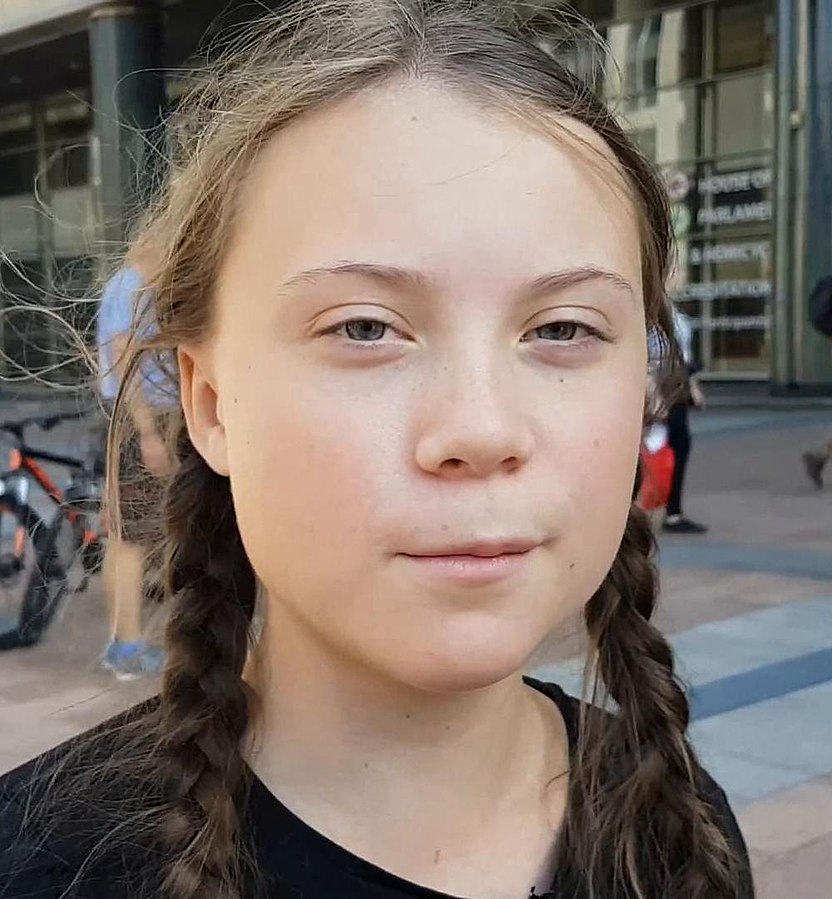 As I write, Greta Thunberg and other inspirational young climate activists have just finished giving evidence to a joint hearing in Congress about climate change.

They were speaking before both the U.S. House Foreign Affairs Committee and the U.S. House Select Committee on the Climate Crisis, at the Rayburn House Office Building on Capitol Hill today.

Another young activist speaking was Jamie Margolin, one of the activists suing the state of Washington for failing to take action over climate. “The youth are calling for a new era altogether”, she said, before adding: “we only have a few months left to transfer to a renewable energy economy. People call my generation Generation Z as if we are the last generation, but we are not, we are the GND Generation – the green new deal generation.”

A third activist to give evidence, a conservative, was Benjy Backer, who founded the American Conservation Coalition. His message to the committee was tell “President Trump – climate change is real. It’s not a hoax.”

But we know that Trump falsely claims that climate change is a hoax and has undertaken one of the most aggressive anti-environmental assaults in modern times, ripping up legislation and rolling back environmental laws.

Caitlin McCoy, a fellow at the Harvard Law School Environmental and Energy Law Program, who keeps track of Trump’s rollbacks, recently told the Independent, that his Administration is not only ripping the rules up but trying to change the rules too:

“The Trump administration is trying to transform our fundamental environmental laws like the Clean Air Act and Clean Water Act by proposing new interpretations of the laws, through these new regulations, that dramatically limit EPA’s authority, and the authority of states in some cases as well.”

When running for President, Trump promised to “drain the swamp,” – i.e. to get rid of corporate lobbyists. But in less than three years, Trump has named more former lobbyists to Cabinet-level posts than Obama did in eight, including Andrew Wheeler, an ex-coal lobbyist who runs the EPA.

Jeff Alson, a former senior engineer at the EPA’s vehicles lab in Ann Arbor, Michigan, who started working on greenhouse gas standards for vehicles, said the work was “controversial but it was a very big deal, the first critical steps to address the climate crisis.”

Everything changed with Trump: “In August 2018 the administration proposed an eight-year freeze of the greenhouse gas standards… There was no scientific or technical rationale to rolling back the standards, the analysis they used was the most biased thing I’ve ever seen. They cooked the books and changed every assumption they could to get the answer they wanted. It was so bad that some EPA career staff asked their bosses to take the EPA name off it all.”

He said the experts were locked out of any analysis and the process “broke his heart,” adding “we had a political leadership making decisions on ideology, denying science, basically being climate deniers. It felt horrible.” His work became “irrelevant.”

Another scientist speaking out is Maria Caffrey, who was studying how climate change would affect over one hundred coastal parks.

She recalls that, “it became clear that any mention of human-caused climate change had been taken out” of the report. “I was aghast I was being asked to lie,” she recalls. She was effectively sacked after being told her job no longer existed.  She has filed a whistleblower complaint.

Joel Clement, an expert on the impact of climate change on the Arctic at the Department of the Interior, recalls how the new Trump team was “very thin and most of them knew very little about the agency mission – they were mostly oil and gas lobbyists and some campaign workers.” He was moved from his position and given a job he didn’t want. He too has filed a complaint. “The Trump administration is threatened by evidence, by science and by expertise,” he says.

They will be threatened too by a sixteen-year old Swedish teenager and other remarkable young adults, who tell them to listen to the science and listen to the peer reviewed evidence on climate change. Trump and his oil industry cronies cannot silence public opinion, either. Nearly two-thirds of Americans now disapprove of Trump’s policies toward climate change, according to a recent poll.

And on Friday, tens of millions of people around the world will participate in a climate strike, demanding action on the issue and an end to the use of fossil fuels. Friday is the start of a week of action, when millions will rise up, protest and strike for urgent climate action.

Some 4,500 #ClimateStrike actions are planned in 137 Counties. Trump may try and silence scientists working on climate change.  He may try and deny the evidence and silence his critics. But on Friday, we will all prove him wrong.

We will rise up. We will win. And on Friday, we will listen to the science and act as if our house is on fire. See you there.