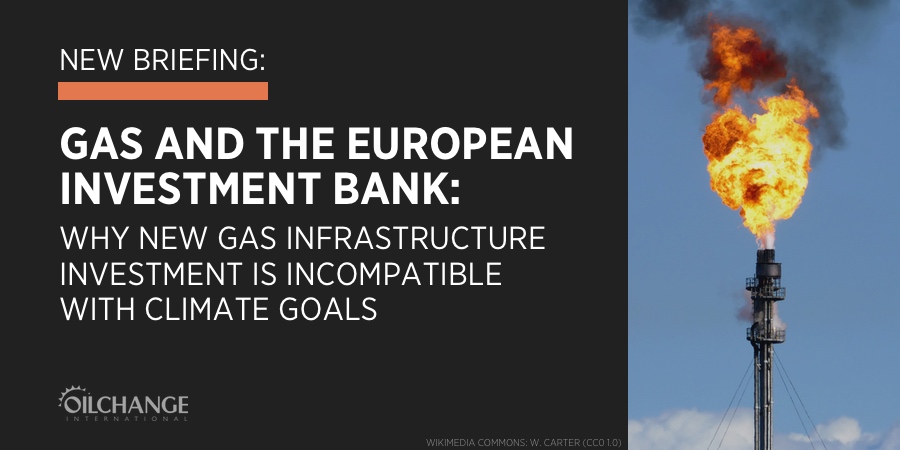 The European Investment Bank (EIB), the world’s largest multilateral lender, is currently reviewing its Energy Lending Policy. As the financial arm of the EU, the EIB has a mandate to act in the public interest. Despite this, the EIB continues to invest heavily in gas infrastructure.

Building new, long-lived fossil gas infrastructure that will expand or lock in extraction is inconsistent with the climate goals in the Paris Agreement: Just the oil, gas, and coal reserves in already-operating fields and mines would exceed the Paris Agreement’s limits. Put another way, even optimistic scenarios for a 1.5°C-compatible pathway show there is no room for gas to grow if we are to have a safe climate future.

The EIB and industry actors have used many arguments to justify continued fossil gas finance in the EU, all of which run counter to the well-established research on fossil and non-fossil gas that we review in this briefing.

There is no room for further financing of fossil gas or any other fossil fuel projects by the EIB. This briefing calls for the new Energy Lending Policy to reflect this reality. The EIB cannot claim to uphold its commitment to align its finance with the Paris Agreement if it continues to finance fossil gas projects.