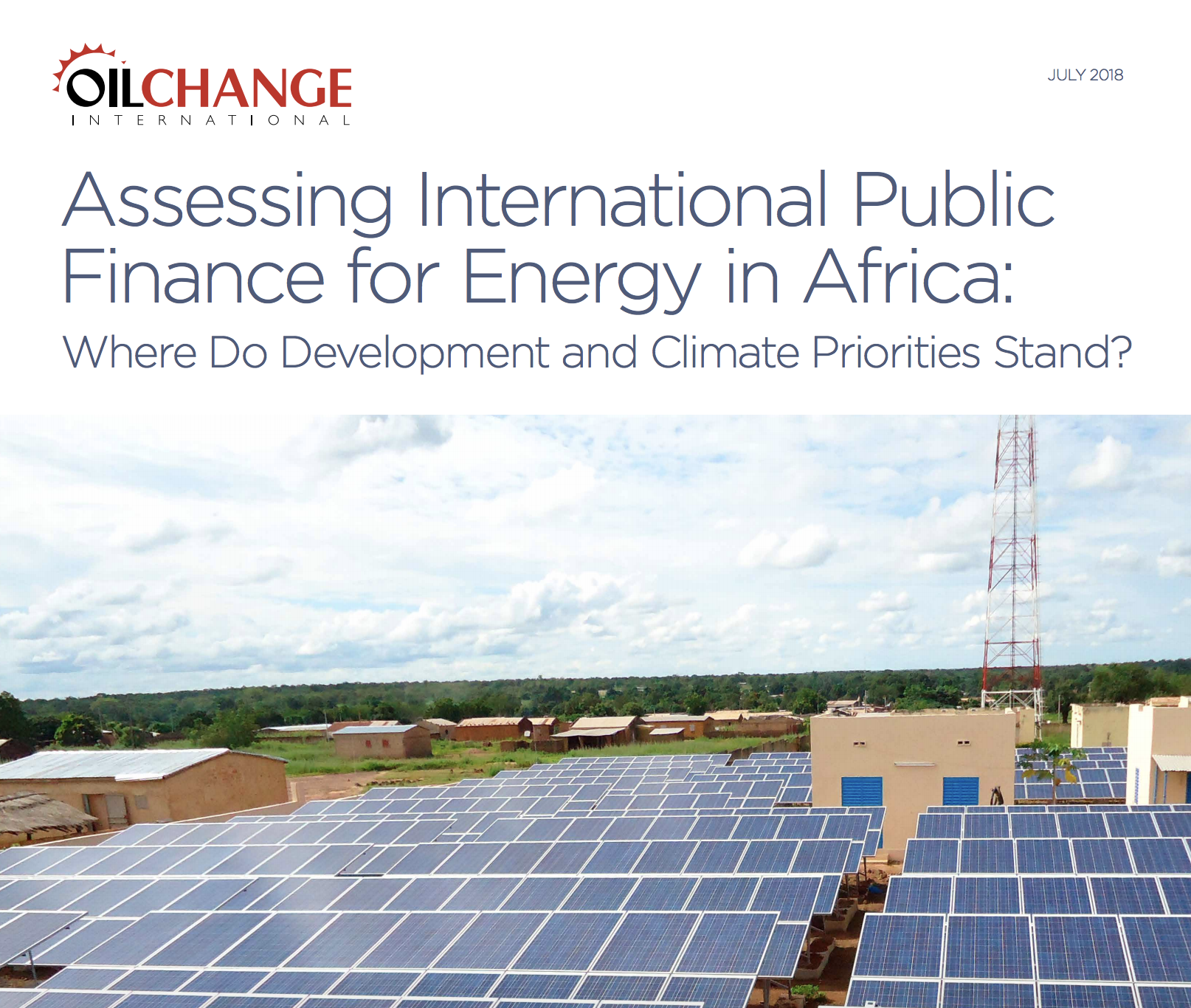 Assessing International Public Finance for Energy in Africa: Where Do Development and Climate Priorities Stand?

This report aims to provide a picture of the public finance flowing to energy infrastructure in Africa from fiscal years 2014 through 2016. The report covers development finance institutions including multilateral development banks, as well as the national development banks and export credit agencies of the countries providing the most public finance to energy in Africa. It assesses hundreds of transactions over this period collected in the Shift the Subsidies Database maintained by Oil Change International. The report finds that:

The report concludes by noting that to improve both energy access and resiliency to climate change, public finance should support African countries in a transition to clean energy infrastructure, including distributed renewable systems. This analysis shows that the flows of public energy finance into Africa are currently skewed towards fossil fuel expansion in large economies. A better use of public resources would be to address the urgent climate and development needs across the continent.

Furthermore, a majority of bilateral public finance is supporting the commercial interests of the countries providing it. A shift from fossil fuel to clean finance should coincide with a shift toward inclusive growth. Development must also bring more economic opportunities – including leadership and ownership opportunities – for a broader spectrum of the population in African countries.