Today the Canadian Association of Petroleum Producers (CAPP) released its latest set of “data” claiming a desperate need for new tar sands pipelines. This ritual happens every June, and presumably CAPP hopes no-one will actually compare the consistency of what it says each year. Unfortunately for CAPP, that’s exactly what we’ve done. 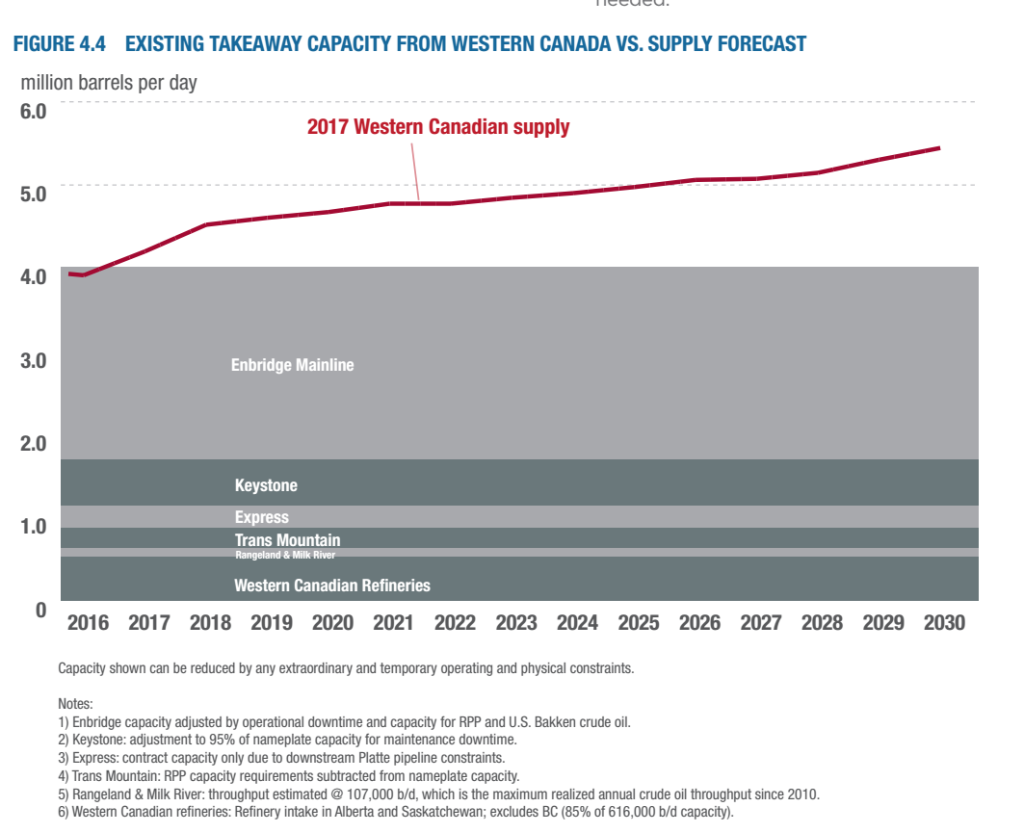 The first striking thing about the CAPP series is that however much changes in the world, nothing ever changes much in CAPP’s analysis of it. No matter the new pipeline capacity added, or  the tar sands projects cancelled, every June since 2012 CAPP has warned that tar sands producers are about to run out of pipeline capacity – as you can see from the graphs CAPP publishes, which look the same every year, only adjusting the base year.

Look a bit more closely, and you notice a second feature of CAPP’s report series: some pipelines are actually getting smaller!

Take the Enbridge Mainline, the largest pipeline system carrying oil out of Canada. In the last year, the system’s capacity increased twice. In late 2016, Enbridge completed the expansion of its Line 61 – between Superior, WI, and Flanagan, IL – to remove the largest bottleneck on the system. And in early summer 2017 the Dakota Access Pipeline began shipping fracked oil from the Bakken, freeing up in the space it had previously used in the Enbridge system.

Yet CAPP has reduced its estimate of the Enbridge system’s effective capacity, from 2,470 kbd (thousand barrels per day) in its June 2016 report to 2,300 kbd now. Where that pipeline capacity went is anyone’s guess.

As a result of the mysteriously shrinking pipelines, this year CAPP didn’t say pipeline space is about to run out, as it usually says. This time, CAPP tells us that it already ran out, about six months ago. Now if that were true, it would lead to another spike in the price differential for Western Canadian Select (WCS) crude. When the pipeline system was actually full in 2013 and 2014 (because of constraints around Cushing, OK), WCS traded at a discount of up to $40 compared to benchmark West Texas Intermediate (WTI). As the chart shows, price differentials have been stable at around $15 (reflecting quality and geography) since the bottlenecks around Cushing were removed in 2014. 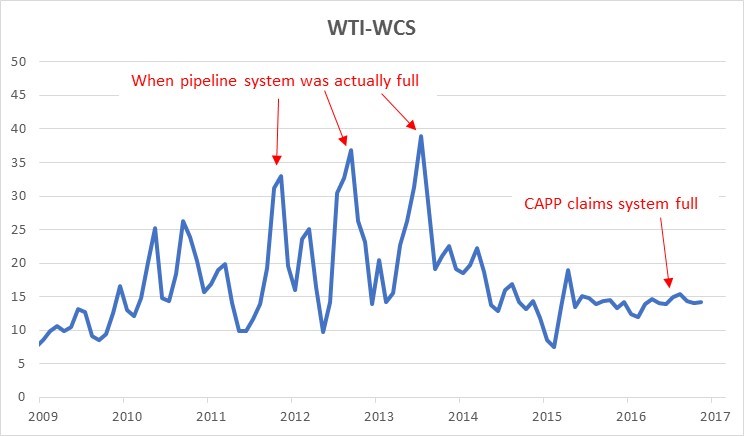 When it comes to how much Canadian oil gets absorbed by refineries in Western Canada itself, CAPP’s numbers don’t match up with the official numbers published by, er…. CAPP. There are six refineries in Alberta and Saskatchewan that can be fed direct from the production in those provinces (and so don’t need an export pipeline). According to CAPP’s own annual Statistical Handbook, their combined capacity is 610 kbd. But in its report arguing for more pipelines, CAPP estimates their capacity at 520 kbd.

And plenty else changes from year to year. Some years include residual rail use, others leave it out. Some pipelines run at as little as 50% capacity in CAPP’s graph.

Most likely CAPP doesn’t have accurate numbers on the pipeline system capacity. It knows the capacity of pipelines immediately leaving Alberta, but not how downstream constraints affect the capacity of the system as a whole. That’s why its numbers have to change from year to year, in order to justify the conclusion that more pipelines are urgently needed.

That kind of detailed analysis of the actual system capacity is what we did with our Integrated North American Pipeline model (INAP). Unlike CAPP, we don’t need to change the numbers each year. And unlike CAPP, our model’s predictions closely match the WTI-WCS differential: it correctly predicts when the system is full and the differential blows out. And we can use it to assess the real state of the pipeline system, shown in the graph below. In reality, there’s enough pipeline space for all the projects that are currently being built; you only need new pipelines if you’re planning a massive expansion, and ignoring the Paris Agreement. 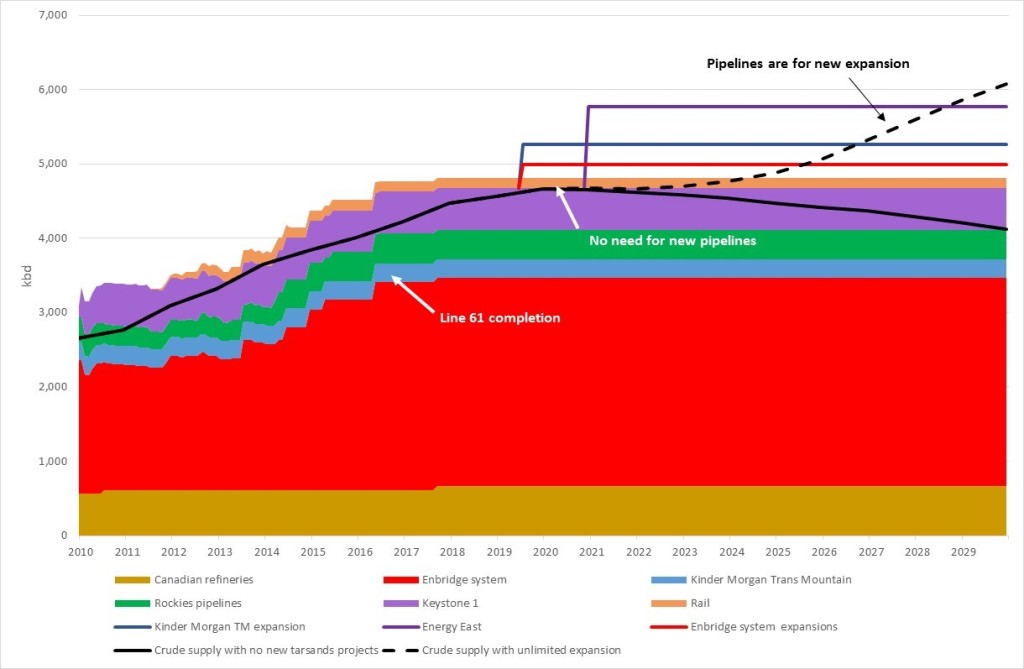 We’ve now closely followed six iterations of the CAPP graph of pipelines. And it’s fair to say they’ve got progressively more far-fetched over the years. But that’s what alternative facts are all about.