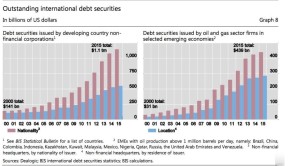 Earlier this week, a little glimpse of hope for the oil industry concerning a respite in the oil price plunge all but vanished after it emerged that a “make or break” meeting over the weekend between key OPEC players had ended with no agreement on cutting production.

The meeting between Saudi Arabia’s oil minister Ali al-Naimi and his Venezuelan counterpart to discuss the oil price collapse ended in stalemate.

In the short-term this can only mean one thing for the oil price. One energy analyst noted that “With the possibility of a production cutting deal quickly fading into the sunset, market participants are once again left to focus on the reality of the oversupplied global market”.

Yesterday, in its keenly-awaited monthly report the International Energy Agency, conceded that the global oil surplus was bigger than previously estimated. The small recent rise in prices, they cautioned, was nothing more than a “false dawn”.

“With the market already awash in oil, it is very hard to see how oil prices can rise significantly in the short term,” the agency said in its report.

As if to re-iterate the fact, the benchmark Brent crude fell yesterday 6.5 per cent to $30.78 a barrel.

So there looks like there is no respite in sight for the oil industry.

Indeed, some influential voices are now arguing that the oil price could fall further, as the huge debt bubble in the industry forces producers to carry on drilling.

The Business Insider website quotes Jaime Caruana, a General Manager at the Bank for International Settlements, who is arguing that the price could plunge even further, due to the staggering debt of the oil producers’.

According to Caruana, who gave a lecture last week at the London School of Economics and Political Science, the companies have a whopping $1.6 trillion in outstanding debt – which is three times they had some eight years ago. ,

The oil producers are now caught in a vicious death spiral where they are forced to to keep drilling in order to service this debt, which in turn forces the prices even lower, which means they have to produce even more. And so it goes on.

Caruana points out “Lower prices will tend to reduce profitability, increase the risk of default and lead to higher financing costs … Highly leveraged producers may attempt to maintain, or even increase, output levels even as the oil price falls in order to remain liquid and to meet interest payments and tighter credit conditions”.

The longer the low oil price continues the more the debt spirals until a point the whole debt bubble bursts.

How long is it before that happens?