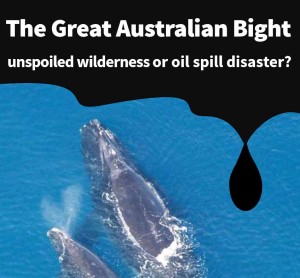 Just as BP finally agrees to pay nearly $21 billion to settle claims relating to the disastrous Deepwater Horizon spill, the oil giant is proposing to drill four exploration wells in the Great Australian Bight, which threatens these pristine waters off the Southern coast of the country.

But whereas Shell has pulled out, BP is now ploughing on. What is clear is that both drilling operations threatened or threaten unparalleled pristine wilderness.

The Great Australian Bight is one of the world’s most important marine ecosystems, where some 85 per cent of the known marine species are found nowhere else in the world.

It also home to some of the world’s most important threatened and endangered species including the humpback and blue whales, great white sharks, southern bluefin tuna, Australian sea lions, white-bellied sea eagles and the iconic albatross. However, it is probably best known as the area for one of the largest breeding populations of endangered southern right whales in the world, which were once hunted close to extinction.

BP has recently submitted its proposed drilling plans to the Australian Government, which is due to make a decision within the next 30 days. And BP is not alone, as other companies are waiting in the wings. Although BP’s plans are the most advanced, Santos, Chevron and Murphy Oil all hold permits in the region, too.

BP’s application is currently in the hands of the National Offshore Petroleum Safety and Environmental Management Authority (NOPSEMA) which will make a decision on BP’s 800-plus page report.

The Australian Wilderness Society has seen copies of the BP report and are “alarmed” by what they have read.

With an irony that beggars belief, especially after what happened with Deepwater Horizon, BP argues that an oil spill will be of “minor significance” to the marine life that relies on the Bight.

BP’s claims regarding the oil spill are even more laughable in the light of revelations earlier in the year that the company would have to fly in spill recovery equipment all the way from Houston, Texas, which is 14,000 kilometres away from the drilling site. Further spill response material is in Singapore, over 4,800km away.

Internal company documents revealed that the shipping and installation of equipment from Singapore to Australia would take over a month, while it would take 25 days to get material from Houston.

Furthermore, it would take over 150 days before a second rig could be positioned to drill a “relief” well, in case of a disaster. Let us not forget that Deepwater Horizon, which spilt millions of gallons of oil, gushed for 87 days.

The Wilderness Society is now asking people to join the 20,000 people so far who have signed a petition against BP’s drilling plans.

“The Bight is one of the most significant whale nurseries in the world, it’s a marine wilderness that’s never been industrialised,” argues Peter Owen, director of the Wilderness Society’s South Australia office.

“Of all the places to be turning into an oil field, the Great Australian Bight is not it.” He argued that this is akin to what Shell was trying to do in the Arctic before pulling out. “It’s utterly inappropriate,” he says.