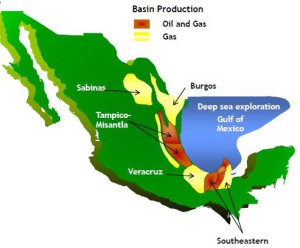 One of the so-called “givens” of the new energy landscape is that the days of extracting “easy oil” are over.

Most of the remaining large hydrocarbon reserves are held by state companies or are so-called unconventional oils; such as the dirty tar sands and shale oils and gas.

You only have to think of the billions that Shell is spending in the hope of finding commercial quantities of oil in the Arctic as a prime example of the financial and reputational risks that the majors will now take on to find oil.

Although much of the world’s remaining reserves remains under state control, these reserves are often difficult to access.

There have been notable exceptions: after the American invasion of Iraq the country’s vast oil reserves largely became available to the majors, via what is known as Production Sharing Agreements (PSAs), but the country is still fraught with risk and violence.

Iraq’s neighbour – Iran – has huge reserves but has long been off-limits due to political differences and sanctions over the country’s nuclear programme. The Iranian situation is set to change imminently and oil prices are said to be plunging this morning on the news that a final deal over the country’s nuclear programme is close which would end sanctions on the Islamic Republic. This in turn would allow considerably more Iranian oil onto world markets.

Perversely any Iranian deal will send the price of oil further down and make expensive oil, like the tar sands, even more uneconomical to produce.

But there is another – often overlooked – source of oil coming onto the market: Mexico.

The Latin American country is opening up its lucrative offshore oil fields for the first time in 80 years, and in the words of the Financial Times, which devotes a whole page of the paper to the subject, “it is shaping up to be quite a feast.”

You can understand why many oil majors will be salivating with excitement. One industry insider tells the paper that this is a “once-in-a-lifetime” opportunity for oil industry.

“This is a very, very important change,” argues Angel Gurria, a former Mexico finance minister who now heads the Organization for Economic Cooperation and Development. “We grew up assuming, just as a matter of fact, that oil and electricity and gas were state-owned, and that was the way it was.” Not any more.

The blocks to be auctioned off this week could contain over 100 billion barrels of proven – not potential reserves. To put that in perspective that is larger than the reserves of Kuwait.

The FT knows how significant Mexico is to the international oil companies: “The country is viewed as one of a dwindling number of opportunities to add substantial reserves to portfolios after several years when the oil majors have struggled to make big discoveries.”

The government is hoping for a cool $50 billion in investment over the next three years, and companies such as ExxonMobil, Chevron, Total, Statoil, BG, Malaysia’s Petronas and Lukoil of Russia have all entered the bidding.

And this is just the start of the Great Mexican Give Away. According to the FT, the Mexican government is planning a decade of annual auctions. Within four years, a third of the country’s prospective resources are expected to have been auctioned off.

No wonder the Financial Times calls it “ the Sale of the Century”.