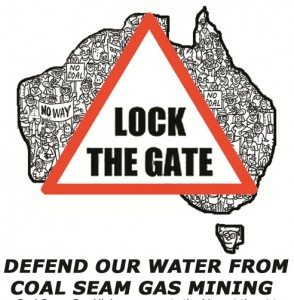 It is a given in the oil industry that the easy oil and gas is long gone.

That is why we have raging debates about exploiting unconventional oil and gas such as the tar sands in Canada and fracking of gas in the US.

Another unconventional gas that has attracted huge interest is coal bed methane (CBM). Also known as coal seam gas, the technology extracts methane from small fractures in coal, by pumping out the water and gas in place.

The technology is hardly new – the US has been producing CBM since the 1950s – but the rush to exploit CBM reserves has gathered pace as the easy oil and gas has become more difficult to find.

Most countries that have large coal deposits have CBM reserves, with China and Australia leading the rush to exploit these reserves.  Last year China announced plans to double CBM production by 2015.  Australia supposedly has economically recoverable reserves equivalent to 6.7 billion barrels of oil.

In the past, many international investors are been excited by Australia, in part due to these vast reserves, but more importantly its closeness to the burgeoning Asian markets.

But is the hype all that it is cracked up to be?

Certainly the Australian CBM industry seems to be hitting trouble. The industry is already facing community concerns over health and safety.

In Queensland efforts resumed today to put out a gas fire at an old coal well. There is a raging debate as to whether the fire, which has been burning since Saturday, is linked to the nearby coal seam gas activities by Arrow Energy.

Meanwhile in New South Wales, local residents have been blockading a coal seam gas drilling site demanding that a proper Environment Impact Statement be undertaken by the energy company Dart Energy. The protestors are concerned about contamination of local water supplies and the impact on local wetlands.

However there may be bigger problems afoot and this is whether the industry can actually deliver what it promised.

Yesterday the Financial Times quoted one analyst, Neil Beveridge, from Bernstein Research in Hong Kong as saying : “Australian coal seam gas promised so much, but may end up delivering little – at least for investors, that is.”

Back in June, the Australian resources company Santos revealed plans to bring forward A$2.5bn (US$2.6bn) of spending on its Gladstone liquefied natural gas project, having to deny that the change was due to overruns.

The news, according to the FT, “heightened fears that Santos and its partners were struggling to find enough coal seam gas to put through its trains, or processing units, against a backdrop of cost pressures in the wider resource industry.”

What had spooked investors was the announcement came not long after a warning from UK-listed BG Group of a $5bn cost over-run at its massive Queensland Curtis LNG project.

This has left “investors and analysts questioning whether the industry can live up to its early hype,” says the FT.

Indeed Neil Beveridge tells the paper that he predicts that returns will be disappointing, “and that most projects will fail to deliver a return above their cost of capital.”

Shell has yet to make a final decision on whether to proceed with a massive CBM venture in Queensland with PetroChina.

Billions of dollars could be at stake.