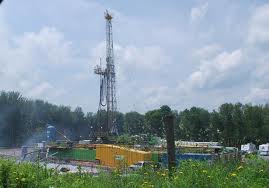 The oil & gas industry has once again bought favor from Congress.

The Fracturing Regulations are Effective in State Hands (FRESH) Act will remove the federal government’s authority to regulate the controversial practice of hydraulic fracturing (fracking). Introduced in the Senate in March 2012 by Senator Jim Inhofe (R-OK), and in the House by Representative Louis Gohmert (R-TX), the measure will place control of fracking on both state and federal lands in the hands of states. To date, nine Senators and twenty-six members of the House of Representatives have co-signed their respective versions of the measure.

Co-Signers of the Act in both the House and the Senate have taken almost 4x as much money from the oil & gas industry than the average sitting member of Congress, analysis using the Dirty Energy Money database shows.

The average co-signer has taken over $433,000 during their tenure in federal office, while the average member of Congress has taken just under $112,000.

Let’s pause for one second and recognize that it’s a problem that even those who have not supported the FRESH Act are taking money from the industry. Our decision makers should be listening to their constituents, not special interests.

Back to the issue at hand. Why is this a problem? Fracking is a hugely controversial practice that directly impacts the lives and health of local communities. Putting the power to regulate the industry solely in the hands of states is irresponsible. Here’s why:

The FRESH Act helps one group only: the industry. We must continue to demand that our decision makers listen to the interests of their communities, rather than the special interests funding their election campaigns.