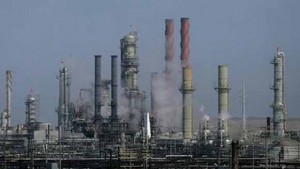 It’s taken four years and millions of dollars in lawyers for BP to finally agree to do what it should have done in the first place at its Whiting, Indiana refinery. The refinery has been constructing new equipment to enable it to switch to 100% tar sands heavy oil processing, a $3.6 billion investment. But Indiana issued an air permit that was so inadequate that the EPA and local and national environmental groups sued.

What the case shows is that the industry needs to acknowledge and act on the fact that processing tar sands oil in American refineries means more pollution for communities living nearby and more greenhouse gas emissions for the planet.

Diluted bitumen (dilbit), a form of raw bitumen diluted with natural gas liquids that is the predominant tar sands product imported into the United States, is a heavier, more toxic product than most forms of oil processed in American refineries. It contains far more carbon, more heavy metals, more sulfur and leads to far greater emissions of hydrogen sulfide, benzene and other toxic chemicals.

Simply put, those toxins go into the refinery and while they have to be removed from products like gasoline and diesel they don’t just disappear. Refineries processing dilbit and other forms of bitumen must control, treat and dispose of these toxins in a safe way rather than dump them into the air and water.

The $400 million investment BP has agreed to make at Whiting in order to reduce, control and monitor these pollutants are estimated to reduce harmful emissions by 4000 tons a year. That’s a lot of poison we’d all rather not have floating around in the air.

But here’s the thing. There are around 45 refineries in the US today processing significant quantities of tar sands oil and a number of others that occasionally process it. Whiting will be one of the biggest when it’s refit is finished but there are many others in Illinois, Ohio, Washington, Montana, Texas and elsewhere that are already on the stuff. If and when Keystone XL or other pipelines set to bring more dilbit to Texas and Louisiana are commissioned, there will be dozens more refineries increasing their intake of the world’s dirtiest oil.

In Port Arthur, Texas, where Keystone XL will terminate if it’s built, there are three huge refineries belonging to Valero, Motiva (Shell and Saudi Aramco) and Total, all of which have already refitted their equipment to accept dilbit in expectation of the pipeline’s arrival. They even got a tax break to do so.

Do any of these refineries have the pollution reducing equipment that BP has agreed to install? It seems unlikely because a refinery spending money on safety equipment that hasn’t been mandated by law is about as rare as hen’s teeth.

As refineries move to process increasingly heavy feedstock, whether from Canada, Venezuela, Colombia or elsewhere, we will see thousands of tons of extra toxins spewed into the air from American refineries unless local regulators step up to enforce stricter controls. Indiana failed to protect its citizens and it took four years of legal negotiations for the right thing to be done. As the tar sands industry marches forward with plans to connect the Gulf Coast, the East Coast and beyond, what will it take to cut the pollution in Texas, Louisiana, New Mexico, Kansas, Oklahoma, Colorado, Ohio, Illinois, Pennsylvania, New Jersey…