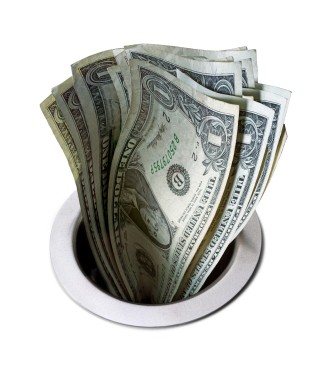 Sen. Mitch McConnell claimed recently that the Keystone XL Pipeline “doesn’t require a penny of our taxpayer money all the president has to do is approve it.” But our research reveals many places that the pipeline project benefits from taxpayer subsidies.

The refineries that are linked to the Keystone XL tar sands pipeline as committed shippers will receive between $1 billion and $1.8 billion in tax breaks. They are paid specifically for investing in equipment to process the heavy sour oil the pipeline promises to deliver.

The largest of these refineries, Motiva, is half owned by Saudi Refining Inc., and will receive between $680 million and $1.1 billion in U.S. taxpayer support.

Keystone XL, like all oil industry projects, is enabled by substantial taxpayer subsidies. Three of the refineries that are planning to process the pipeline’s oil have invested in special equipment to handle the extra heavy tar sands oil. According to our conservative estimates, the U.S. taxpayer is subsidizing these investments to the tune of $1.0-1.8 billion. Here’s how it works.

Tar sands oil is not like most other crude oil. It is a semi-solid bituminous sludge that has to be diluted with much lighter oil in order to be transported by pipeline. Once it arrives at a refinery, the diluent is removed and the bitumen is refined into petroleum products using special equipment. The equipment required includes cokers and hydrocrackers.

In anticipation of the Keystone XL pipeline, three refineries in Port Arthur, Texas have added this equipment in order to be able to profitably process the bitumen. Their goal is to maximize their production of high value fuels such as gasoline and diesel rather than be left with less valuable fuels such as residual oil (for shipping and industrial burners) and Petroleum Coke, a coal like substance that is burned in aluminum smelters and the like. Heavy oil yields high proportions of these less valuable fuels if you do not have the specific equipment to increase the higher value yield.

Special tax rules apply to these investments that are unique to the refining industry. Title 179C of the tax code allows the refining companies to deduct the value of these investments from their tax returns at a highly accelerated rate. Rather than spread the expense over the life time of the equipment, say 20-30 years, the refiners are allowed to expense (i.e., deduct from their taxable income) 50% in the first year and expense the rest through the next 9 years. This is tantamount to a massive interest free loan from the taxpayer to big oil refiners, making it cheaper for them to process a particularly dirty form of foreign oil. In the case of the three Port Arthur refineries preparing to process Keystone XL crude, we calculate this to cost the taxpayer between $1.0 billion and $1.8 billion.

In the case of the Valero Port Arthur refinery’s hydrocracker project, the company has described the project to investors as one that will enable the refinery to process Canadian heavy oil into diesel and jet fuel for the export market. See below. 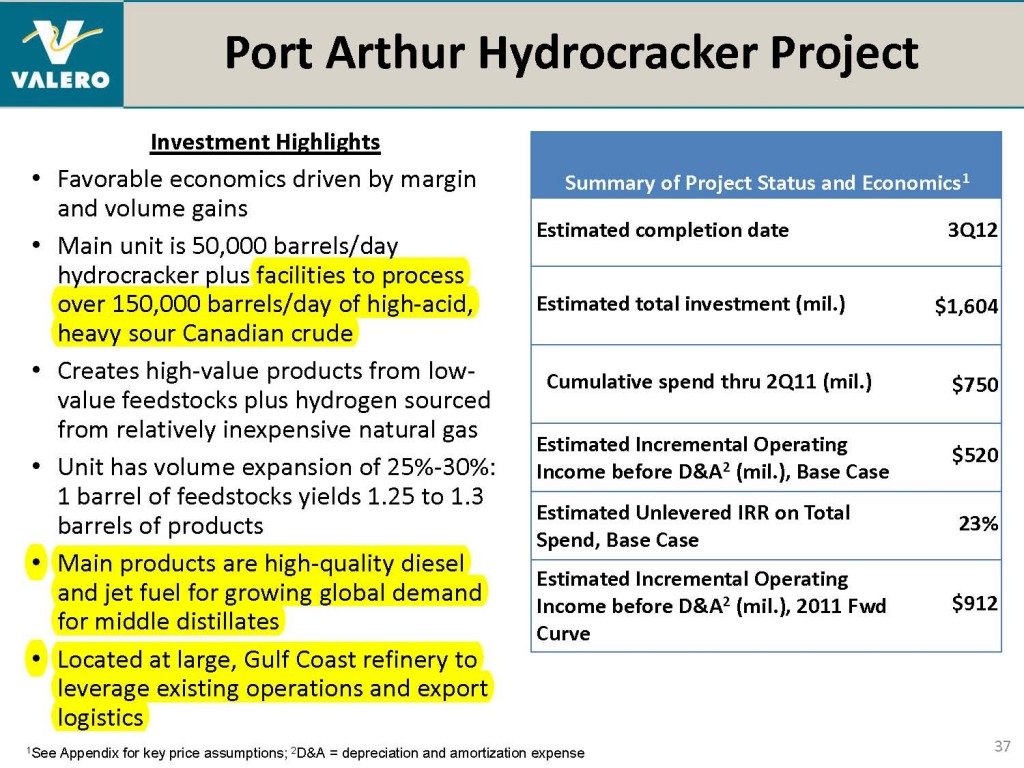 Does that look like the ‘national interest’ to you?

Of the three refineries involved, two of them, Valero Port Arthur and Total Port Arthur made these investments explicitly to process Canadian heavy oil that would be delivered by Keystone XL. Both companies are committed shippers on the pipeline meaning they have signed contracts committing them to a specific proportion of the pipeline’s capacity.

The other refinery, Motiva Port Arthur, jointly owned by Shell and Saudi Aramco, is expected to take some Keystone XL oil but it is also expected to use the new equipment to process large quantities of heavy sour oil imported from Saudi Arabia.

When the work finishes later this year, this refinery will become the largest in the United States.  It will have the capacity to process up to 325,000 barrels per day of heavy sour oil. The United States is not a significant producer of heavy sour oil. Countries that are expected to increase their production of this difficult-to-process crude include Canada (tar sands), Venezuela, Colombia, Saudi Arabia and Kuwait among others. So the subsidy received by this refinery is directly to enable the processing of a particularly dirty form of oil that is not produced in America.

Hmm, what was it pipeline proponents, including the owners of these refineries, were saying about reducing dependence on oil from hostile and unstable countries?

We have calculated the value to these three companies of this accelerated depreciation for the investments listed in the table below. These investments were made specifically to process heavy sour oil in refineries closest to the terminus of the proposed Keystone XL pipeline and owned by companies who are known committed shippers on the pipeline.

Finally, all the refineries that will receive Keystone XL tar sands crude operate are in a Foreign Trade Zone (FTZ), which gives tax benefits to companies that use imported components to manufacture items within the United States (FTZ Act – 19 USC 81a-81u). Usually, refineries importing oil tax-free will still pay taxes when selling the refined products into the U.S. market. By both importing into and exporting from foreign trade zones the companies will avoid paying tax on the product sales.  In other words, it’s a great deal for the oil industry, and a raw deal for the taxpayer.

Nobody in the oil industry can claim that Keystone XL, or any other oil and gas project, is free of taxpayer support. The subsidies we have revealed here are just a few examples among many forms of fiscal support to Keystone XL and the tar sands industry. Further, the full costs of our oil addiction in terms of health, environment and security are never included in an official analysis of these projects.

The public has the right to both know how our money supports Big Oil and see a thorough evaluation of any proposal the oil industry has for expanding its infrastructure. Such an examination would throw light on the true costs of expanding fossil fuel infrastructure at a time when we need to reduce our dependence on oil, rather than simply trumpeting the short term benefits to companies involved. Now that the project has been stopped, the true cost of Keystone XL is only just coming to light.

For full details of our analysis see here.