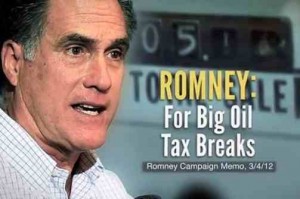 After Mitt Romney’s latest victories in the Republican primaries in Wisconsin, Maryland and Washington DC, he is increasingly looking like securing his party’s nomination.

The former Massachusetts governor obviously thinks so and in his victory speech he completely ignored his Republican rivals to focus his ire on President Obama instead, calling him an “out-of-touch liberal”.

He also called himself a champion of “free people and free enterprise”,  adding that: “In Barack Obama’s Government-Centred Society, the government must do more because the economy is doomed to do less. When you attack business and vilify success, you will have less business and less success.”

And Obama obviously thinks Romney is going to win, and after months of ignoring the Republican race, he has now started to attack the Republican front-runner.

And in a hard-hitting advertising campaign Obama has accused Romney of siding with Big Oil, on a whole range of issues from subsidies to renewable energy to mileage standards.

In the adverts, Obama defends his record on new oil production, new mileage standards, and new renewable-energy projects. The ads then attack Romney:

In retaliation, Romney has also started attacking Obama for high gas prices, something that is “full of factual and logical holes”, according to  Professor Juan Cole on oilprice.com

Indeed Cole points out that in his 2010 book, “No Apology,” Romney actually saw rising gasoline prices as a good thing:

“Higher energy prices would encourage energy efficiency across the full array of American businesses and citizens … It would provide industries of all kinds with a predictable outlook for energy costs, allowing them to confidently invest in growth.”

As the spat between the two politicians intensifies, you can be sure that energy and oil will feature high on the political agenda until November.