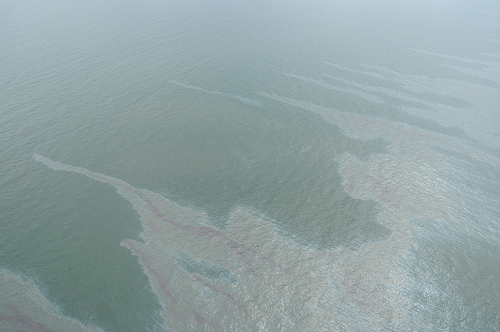 If you talk to Riki Ott, the fisherwoman and marine biologist who has written a book about the Exxon Valdez, one of the lasting unanswered questions is just how much oil was spill from the stricken tanker.

The official version is 10.8 million gallons, but Ott has always maintained the real figure was considerably higher.  But we will never know the true figure.

We will also never know the true figure of how much oil was spilled from the Deepwater Horizon. But the IEA has estimated that the leaking well has so far spilt between 2.3-4.5 million barrels of crude into the sea. At 42 US gallons per barrel, the highest estimate is up to 189 million gallons.

It said: “We estimate that something in the range of 2.3-4.5 million barrels of crude oil have been spilled in total, excluding the volumes contained, making this the largest oil spill in US history.”

If BP is proven negligent it could be fined under the Clean Water Act of up to $4,300 per barrel. A serious amount of money.

And that is if no more oil is spilt. BP has suffered more delays in fitting the cap and is now undertaking further analysis of the well testing procedure before starting the well integrity test. So it will be a day or so before we know the results of the integrity test.

You would have thought that BP and the others would have learnt the lessons from the Exxon Valdez. So well done the Washington Post today for writing an insightful article looking at the similarities between the two spills and how the “Lessons from Exxon Valdez spill have gone unheeded”.

The Post argues that the full story of the spill “offers striking parallels to today’s events in the Gulf of Mexico — including a central role played by a consortium led by British Petroleum, now known as BP.”

Once again the persuit of profit over safety is key to the disaster. “A commission that investigated the Alaska spill found that oil companies cut corners to maximize profits. Systems intended to prevent disaster failed, and no backups were in place.

Regulators were too close to the oil industry and approved woefully inadequate accident response and cleanup plans.”

Sound familiar? Of course it does…

“History is repeating, say officials who investigated the Valdez, because the lessons of two decades ago remain unheeded”, argues the paper.

“It’s disappointing,” 84-year-old Walt Parker, chairman of the Alaska Oil Spill Commission, which made dozens of recommendations for preventing a recurrence. “It’s almost as though we had never written the report.”

In a damning indictment the paper concludes:

“Marine experts predict that the many panels investigating the Deepwater Horizon blowout — including a presidential commission that began work this week in New Orleans — will produce reports with numerous findings that could have been cut and pasted from the 20-year-old report written by Parker’s commission or another body that examined the Valdez accident. They also fear those findings may have no more impact than the Valdez conclusions have.”

Someone should have taken note of some of the parallels between offshore drilling and tankers.

The spill “was not an isolated, freak occurrence, but simply one result of policies, habits and practices that for nearly two decades have infused the nation’s maritime oil transportation system with increasing levels of risk. The Exxon Valdez was an accident waiting to happen,” the report said.

Maybe someone should have also read the part concerning BP: “British Petroleum’s leadership essentially was ‘asleep at the switch, ” the commission’s report concluded.

Sound familiar? Of course it does…