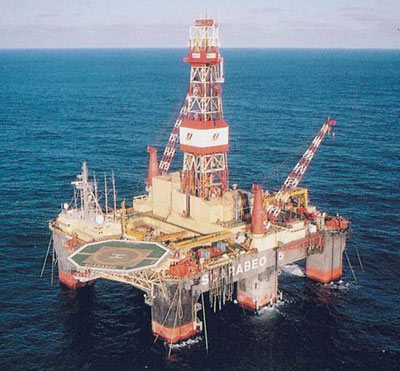 We are used to calling Big Oil hypocrites, saying one thing and doing something completely different.

But yesterday, it was their turn to stick the label on the politicians during an influential Senate hearing into the emotive subject of off-shore drilling.

“There is some hypocrisy in locking these resources away while relying on resources produced in other countries,” said Marvin Odum, the President of Shell Oil, the US arm of Shell, during a Senate Energy and Natural Resources Committee hearing on offshore energy production.

Odum continued:  “Instead, we should embrace policies that provide access to our own oil and gas resources. “

The hearings came as the US Interior Department is considering a five-year plan that might open new offshore areas to drilling.

They also come in the middle of the Senate’s climate deliberations.

Big Oil’s lackies were there too. And their argument is not hypocritical – it is nonsensical. “There’s a need for balance,” said Senator Lisa Murkowski (R., Alaska), the top Republican on the panel. Let’s not forget that Lisa is the daughter of Frank Murkowski, who was the Governor of Alaska and long-term ally of the oil industry. Lisa is following in her father’s footseps.

She said last month in an interview that she would be “open-minded” about supporting climate legislation as long as it was tied to more oil and gas development.

Well Lisa it doesn’t make sense to have more oil drilling at the same time trying to reduce carbon emissions.

What does make sense is that oil and water don’t mix. Democrats such as Senator Bob Menendez (D., N.J.), whose state lies along the Atlantic Ocean, said lawmakers need to account for water-related tourism and fishing. “We don’t think it’s an unfettered concern or an unreasonable concern,” he said.

Menendez emphasized the potential damage from oil spills, like the one off the Australian coast that spilt oil for some two and a half months, spilling thousands of barrels of oil into the Timor Sea.  The Senator spoke beside a poster-sized picture of billowing smoke and fire engulfing the Australian platform that was headlined: “This is offshore drilling.”

But Shell wants to pioneer a whole new area of offshore drilling, especially in the Arctic.

Odum from Shell told the Senators “We must stop ignoring the fact that oil and gas will play a major part in meeting America’s energy demands for several decades as we transition to a more sustainable energy future”.

But Odum is the ultimate hypocritical one – because Shell is pushing the world towards an unsustainable future through exploiting the tar sands. Because of this and other climate lobbying it has been nominated for the Angry Mermaid Award.

If you want to vote go here.